The 25-year-old from France beat 24 other competitors from 13 countries across Europe in a series of grueling challenges at the Volvo Customer Center in Eskilstuna, Sweden, designed to push operators’ speed and accuracy to the absolute limit.

Following a year of local heats, Volvo Construction Equipment (Volvo CE) welcomed 25 of Europe’s most skilled operators to its Customer Center in Eskilstuna, Sweden, on Saturday, June 4, for the Operators’ Club Final, the industry’s toughest test of precision operation.

Representing 13 countries, the competitors took part in three qualifying disciplines with the highest-scoring operators participating in a final and super final challenge to find the best of the best. All tasks were timed with penalties issued for mistakes.

The first competition required the operators to drive a L25 Electric around a course, switch between pallet forks and bucket attachments and use the bucket to close a tiny matchbox. 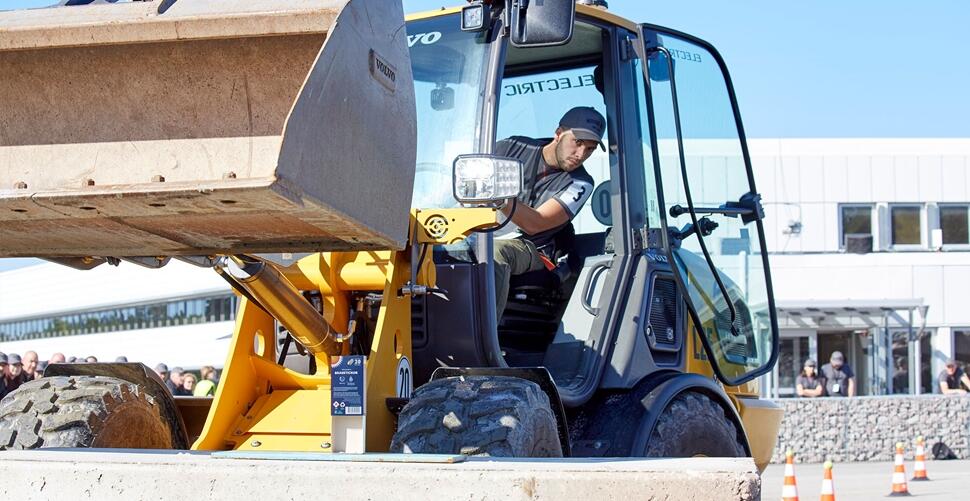 The second qualifier involved moving a ball secured to the end of an excavator arm through a maze, while the operators during their third task had to maneuver an articulated hauler in a cross shape without knocking off any of the tennis balls marking the boundary and finishing with the pointer at the front of the machine in the center of a bullseye marked on the ground. 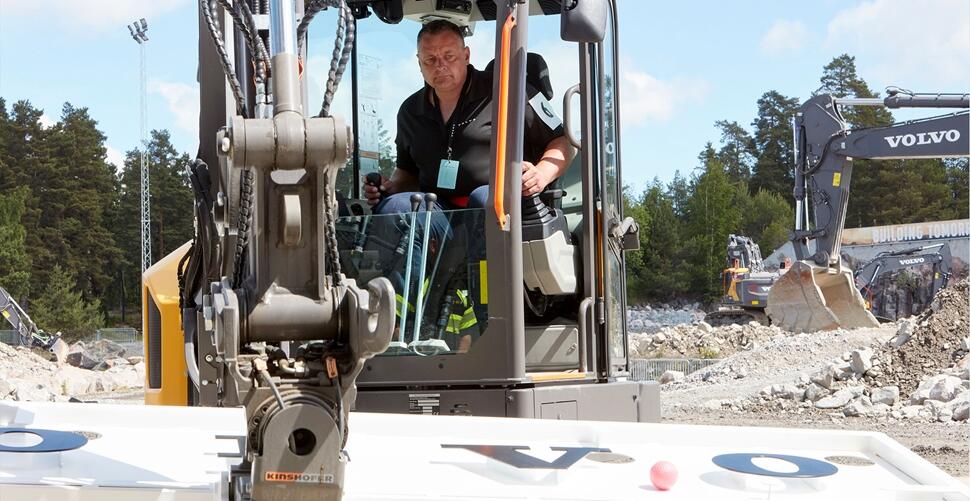 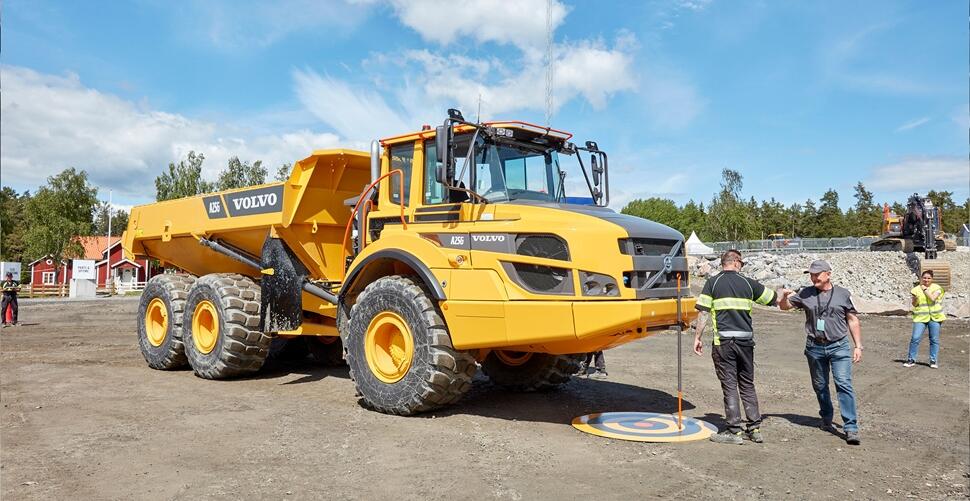 The competitors with the 10 quickest times completed the excavator maze challenge again, and then the top five took part in a game of excavator billiards. Each operator had to break the triangle with a stick attached to the excavator arm, then try to get as many balls in the holes as possible within three minutes. 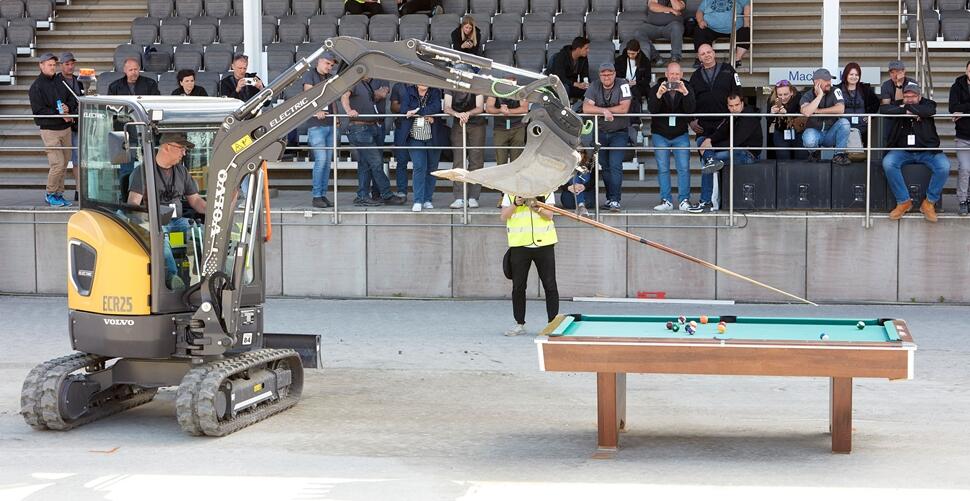 Jonathan Legeard from France secured the top spot on the winner’s podium, with Reijer van der Grift and Christ-Jan Jansen both from the Netherlands coming in second and third, respectively. This was Jonathan ́s second time competing in the Operators Club Final, while Reijer already took part three times in the OC finals before. Christ-Jan attended the finals for the first time. 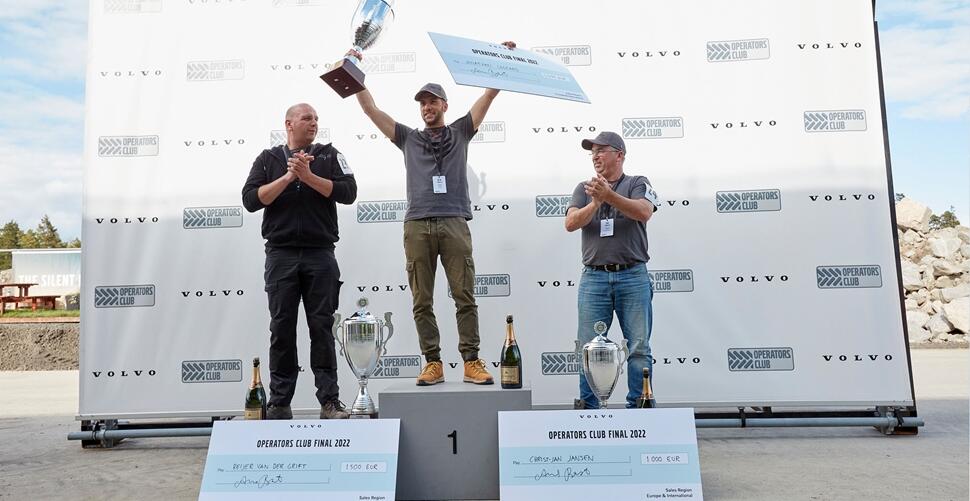 “What an incredible final! It was a tough competition and very close. All the participants should be very proud of the extremely high level of skill they displayed,” said Hanna Jaschke, who is responsible for the Operators Club at Volvo CE. 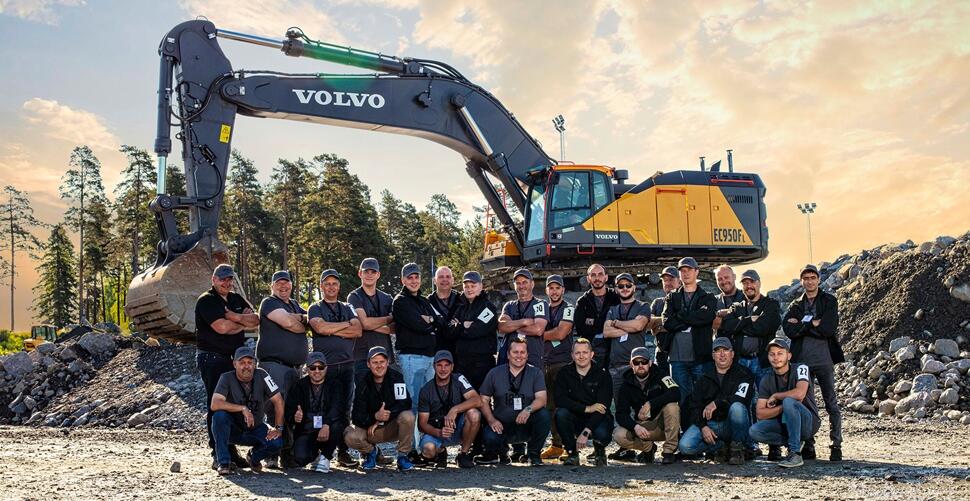 Paulina Ekestubbe, Head of the Customer Center, added: “This was the first Operator’s Club Final we have held since 2019 and there was such a fantastic atmosphere. Many of our competitors are old friends, having met at other finals over the years, and they were so excited to see each other again and battle it out once more for the title of Europe’s best operator. We also invited the operators to our customer event, Volvo Days, for the first time. They thoroughly enjoyed test-driving our latest machines, especially the new electric models”. 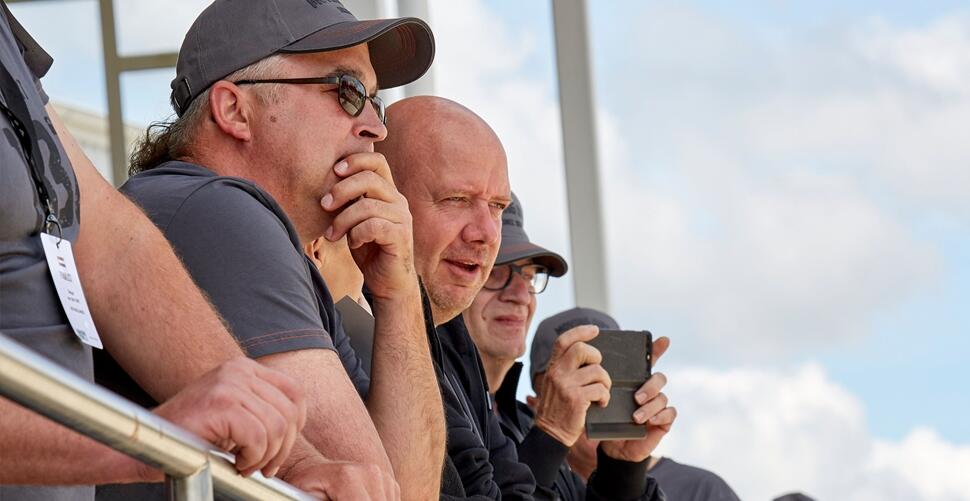 The Operators’ Club was first established in Germany in 1998 as a way for Volvo CE to show its appreciation for operators. 24 years later, it counts tens of thousands of members across 19 branches in Europe and is open to equipment operators of all brands. Besides the prestigious Operators’ Club Final, each country branch runs its own local events throughout the year, where operators are invited to connect with peers and practice their skills in a fun and safe environment.