Why autonomous transport will happen in quarries and light mining first

Creating solutions capable of maximizing transport efficiency through advanced automation is the goal of an entire industry. For Volvo Autonomous Solutions, it’s likely to happen first in the controlled world of quarrying and mining.

After developing steadily, step-by-careful-step, for more than 100 years, the automotive world is currently in the grip of a two-sided revolution: on the one side under pressure to reduce emissions by going electric, and on the other, striving to reach the Holy Grail of transport – the vehicle/machine that doesn’t need an operator. While great strides have been taken in the switch to hybrid and all-electric drive, creating autonomous transport is proving harder to perfect.
“Automation has struggled in the mainstream automotive world because they are trying to get autonomous vehicles to work everywhere and safely coexist with all the variables of life – cars, trucks, bikes, people, dogs, cats – you name it,” says Perjohan Rosdahl, head of Off-Road at Volvo Autonomous Solutions. “Solving all these issues at the same time is proving to be an enormously complex challenge, even for the world’s biggest automotive and technology companies. Our approach is to start small, in a tightly confined environment and build on our successes over time. A perfect place to start is quarries, which have clearly defined load-and-dump locations over generally short circuits.”

Start simple. Grow from there

As well as providing adapted machines from within the Volvo Group, Volvo Autonomous Solutions will support customers with solutions to autonomous machines’ other challenges, namely the supporting infrastructure, control towers, repair and maintenance, virtual drivers and even run the operations if needed. “It’s as much about a new mindset as it is about developing autonomous machines,” says Uwe Müller, sales and marketing lead for Off Road Solutions at Volvo Autonomous Solutions. “We are talking about automating a transport process, not just selling a single machine. Because of that we need to develop a total solution to manage this full process.” 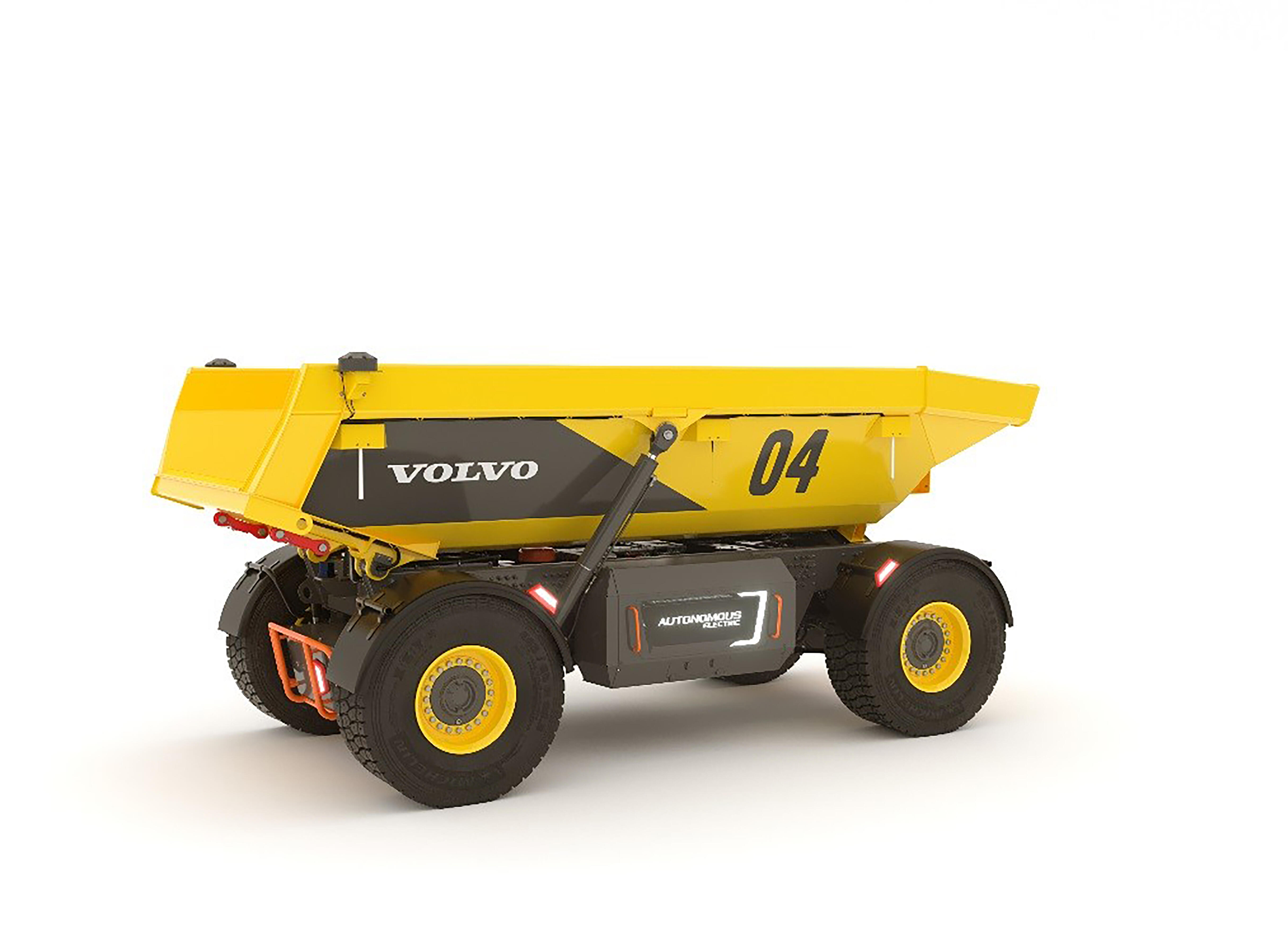 Volvo Autonomous Solutions is working closely with the Volvo Group’s other business areas, especially Volvo Construction Equipment in the off-road segment. This ensures that new machines, whether developed specifically to be autonomous – like Volvo’s award-winning TA-15 hauler – or traditional operator-based equipment, use the same autonomous drive platforms, coding languages etc. This allows them to be ‘talked to’ in the same way, as well as offering the ability to scale up easily. Not all machines will be autonomous but being ‘autonomous enabled’ allows Volvo Autonomous Solutions to supercharge the standard products into operator-less machines, using its own proprietary autonomous drive kit.

“To reduce the complexity of the world we need to standardize the process as much as possible,” says Müller. “In quarries we can do this as they are in a confined area, are highly regulated and it’s easier to separate autonomous transport from other processes. Involving loading and dumping, the process itself is simple and repetitive.”
“We are starting small with less complex use cases and will build on our successes,” says Rosdahl. “With the right customer partners, the next step could be underground mining and tunnel applications – autonomous machines (especially electric ones) work just as well in the dark as in the light, and it’s good to remove people as much as possible from these hazardous locations. From there we could focus on large earthmoving projects that are still contained but have more variables to cope with, as our technology becomes more embedded over time.”
Improved process optimization, lower energy consumption and improved safety are just three of the benefits of autonomous machines. There are lots of R&D challenges to be overcome – and they will be. But it won’t be a technical innovation that makes the breakthrough – that requires changes in legislation and a new mindset as to how the whole process can operate more effectively. Make no mistake, autonomous solutions are coming, and they will be disruptive to current business models. 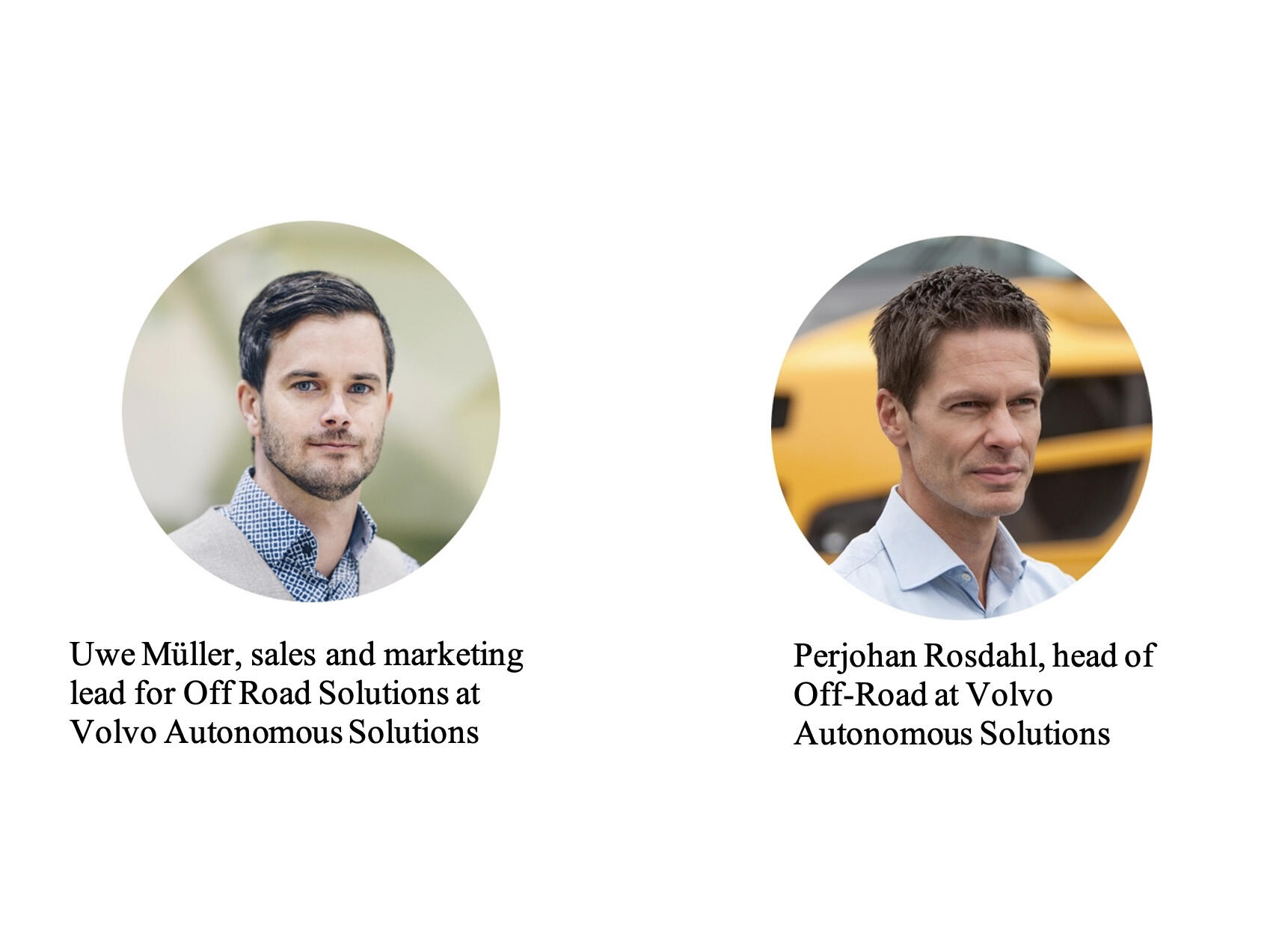