“When we approached Volvo for support to erect Elephant Proof Trenches, little did we imagine they would come forward to help so fast. In no time, they got their machine and team on the job. Now we know why Volvo is a giant among corporates.” Prasanth Gowda, Forest Range Officer - Kodihalli

When Kodihalli Wildlife Range was added to the limits of Bannerghatta National Park sometime back, the idea was to provide a safe corridor for wildlife, especially elephants, to move from one sanctuary to another. Spanning some 160 sq kms in Ramnagar Division, the Kodihalli Stretch was crucial as it seamlessly connected Bannerghatta National Park to Cauvery Wildlife Sanctuary and thereon to the Satyamangalam and Wayanad Forests.

But soon, this part of the ‘Elephant Corridor’ turned a nightmare for villagers, particularly those living in the half-a-dozen villages between Hanchaugli Beat and Kadushivanhalli Beat. Rogue elephants, breaking away from their herds, often went on the rampage destroying thousands of acres of cultivations and gorging on carbohydrate-heavy crops such as Jowar, Maize and Banana. They even entered villages during nights and attacked residents. “Last year alone, we suffered three deaths and several injuries,” says farmer Veeresh. “The land here is our sole source of income but we couldn’t grow much because we were so scared!” Deterrents such as fire crackers and solar fences weren’t enough to stop the elephants from causing havoc in farmlands.

Rising to the Responsibility

Prashanth Gowda, Forest Range Officer of Kodihalli, understood the crisis confronting nearly 5 villages and more than 2000 acres of cultivation land in the affected areas. He decided it could only be fixed with Elephant Proof Trenches. They would provide a protective shield from elephant attacks and help preserve the forest eco system, he reckoned. His next task was to find a partner to execute the job – swiftly and efficiently. Along with Environment Advisor, Suresh, Prashanth met G V Rao, Director-CSR, Volvo Group India. He recalls, “When we approached Volvo for support to erect Elephant Proof Trenches, little did we imagine they would come forward to help so fast. In no time, they got their machine and team on the job. Now we know why Volvo is a giant among corporates.” 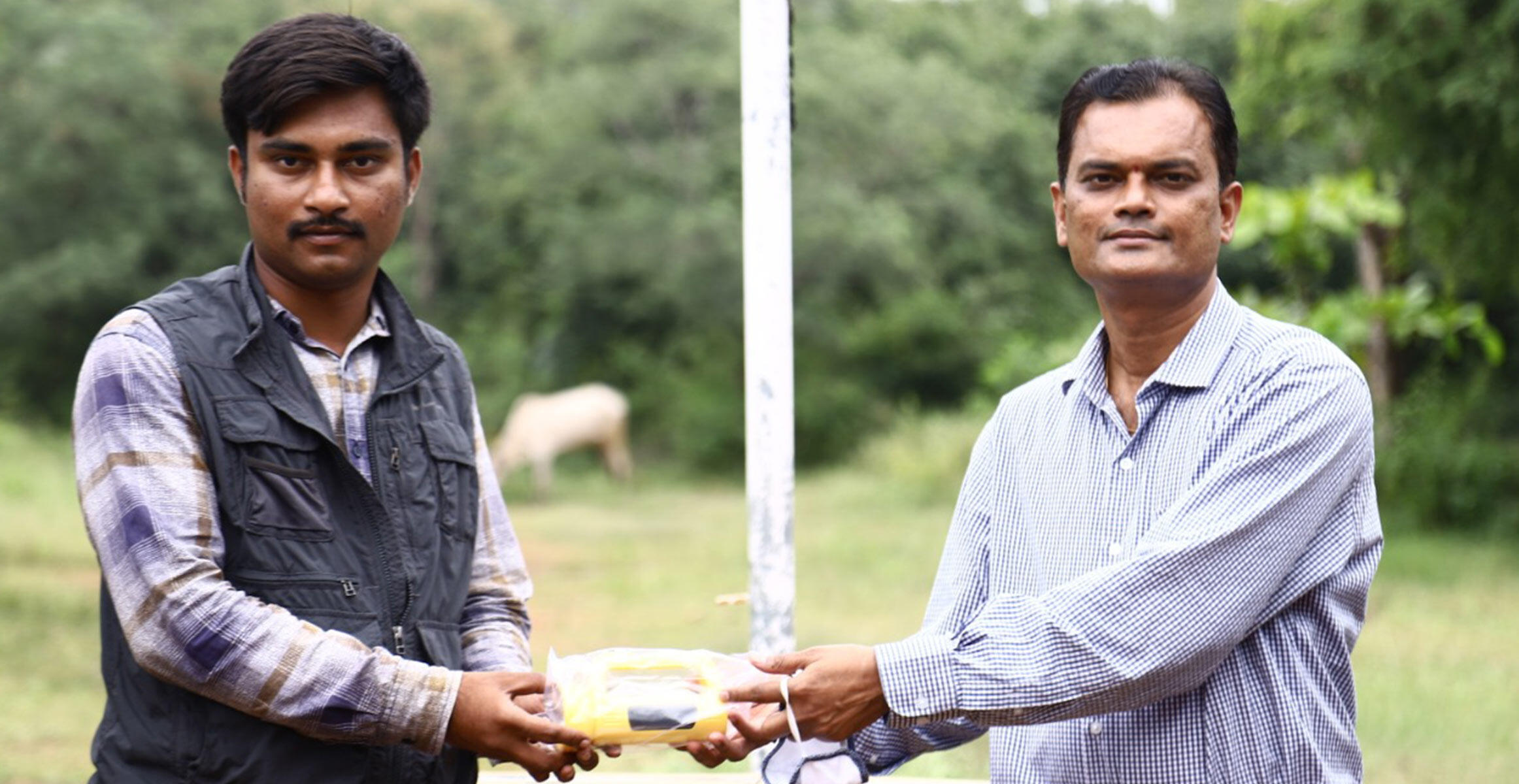 For GV Rao, it was an opportunity not to be missed. “At Volvo, Environmental care is our core value and we are always on mission mode when it comes to Corporate Social Responsibility initiatives,” he says, “Also to be able to change lives of thousands in one go, was a mammoth moment. How could we let it pass?” Accepting the challenge, GV Rao swung into action. He first visited the Kodihalli Forest range along with CSR volunteers to gain first-hand knowledge from officials. That was followed with a recce by Volvo CE Team. Soon, a Volvo EC200D Excavator was put to action at the site – to create solid Elephant Proof Trenches along the Kadushivanhalli Beat Side - 3m-wide and 3m-deep - for a total targeted length of 6 km.

Dimitrov Krishnan, Head of Volvo CE India adds, “We are proud to be associated with a project like this that will have a direct impact on the lives of villagers in the Kodihalli Forest Range. We hope that with this initiative, farmers can cultivate their lands peacefully and create a better & brighter tomorrow for themselves”

Giving back to move forward

Today, Farmer Veeresh is a happy man. “Finally, we have security and peace of mind, and hopes of a brighter future...all thanks to Volvo,” he beams, “They say an elephant never forgets. Well, we will never forget this gesture from Volvo.” Prasanth Gowda is appreciative too. “This initiative by Volvo to support the forest and its people is commendable and I thank the Organization for its prompt, effective response,” he says. 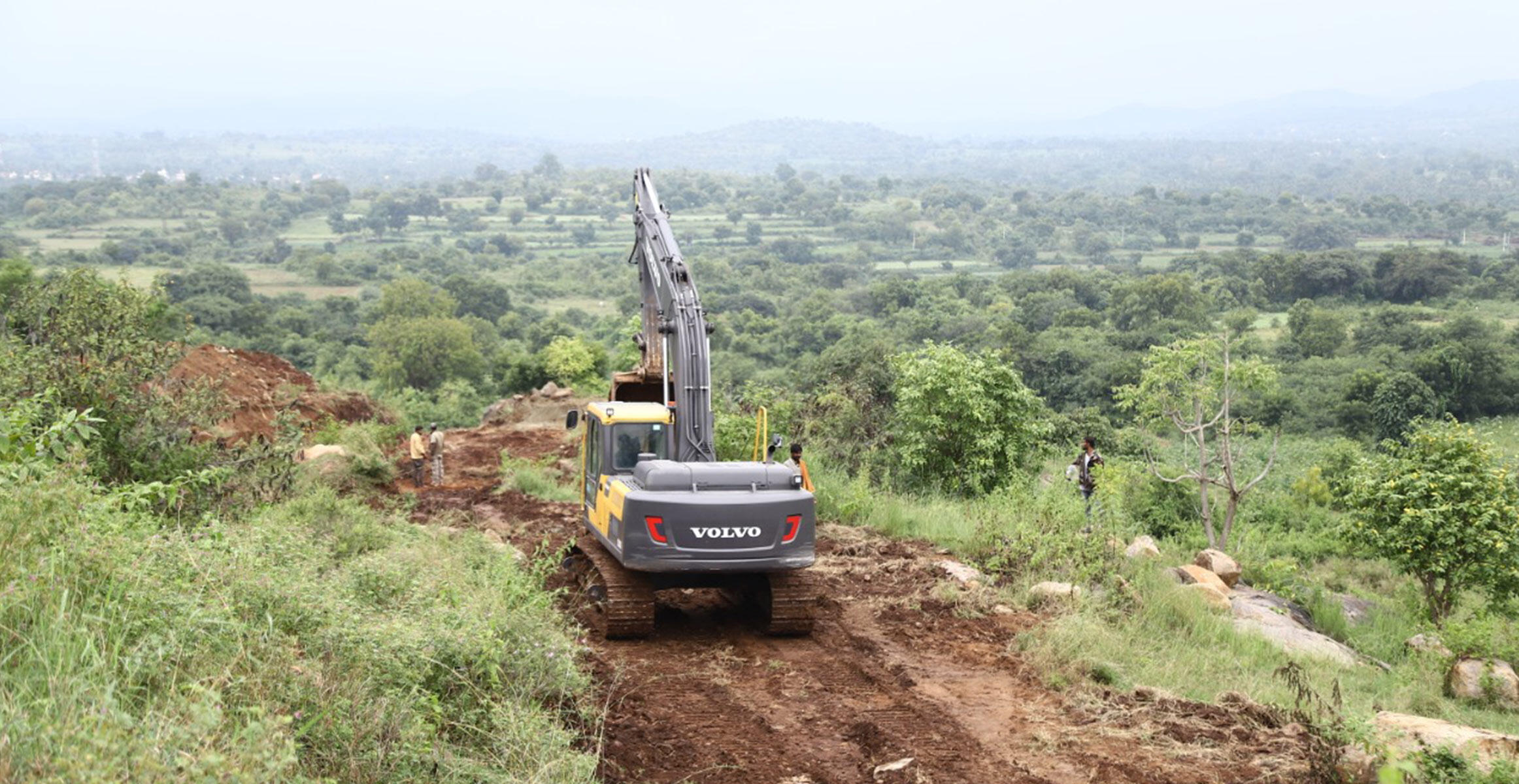 Rao believes it was an effort from Volvo well worth the reward – that reassured smile on thousands of faces. The Volvo Group has always played an active, responsible role in both society and industry to positively impact as many lives and livelihoods as possible, according to him. “When you have an abiding passion for giving back like our Group does, there is no such place as far away and no such thing as impossible,” he signs off with a smile.