With world class fuel efficiency, the Volvo machines are consistently delivering its best at Harsh Granite’s mine in Chitamba, Rajasthan, India.

Not many people know or have heard of Chitamba in India, but that all changed in 2008 when a fortune was discovered there — black granite. Since then, Chitamba’s black granite has become famous and much sought after around the world, especially in the Gulf.

Now a fleet of machines from Volvo Construction Equipment (Volvo CE) are working on a mine in Chitamba to keep up with the growing demand for black granite. Between 2016 and 2017, production of granite increased 48%, from 2.5 million tonnes to 3.8 tonnes, according to Rajasthan’s department of mine and geology report. Black granites from Chitamba has a wide acceptability with customers fetching the best of prices for the mine owners.

Harsh Granites, a granite supply company based in Jaipur, Rajasthan, has deployed a fleet of 17 machines at the Chitamba mine. The fleet consist of Volvo excavator models EC210, EC290, EC380 and EC300DL that work on average between 12 to 13 hours daily. The excavators are primarily used for pushing the granite blocks closer to the towing cranes. The fleet are also used in excavation works and to clear the site.

For example, the EC300DL hauls massive blocks of granites daily — some weighing over 30 tons — across considerable distances. It is a huge ask on any machine, especially on its undercarriage, but the Volvo EC300DL goes about its job with ease.

“Only the toughest survive the hardest,” said Amar Singh Bhandari, a partner at Harsh Granites. “The way Volvo EC300DL handles massive blocks of granite —pushing, dragging them with no stress or fuss — is amazing!”

Equipped with a smart electro-hydraulic system, Volvo’s powerful 30 t-rated heavy-duty EC300DL provides increased power, digging force, faster cycle times and greater control. The EC300DL is powered by a Volvo D7 engine that has a 170 kW power rating and delivers 11% more fuel efficiency compared to previous models. Operators also have the option of using Volvo’s unique ECO mode, which contributes up to 5% of the machine’s total fuel efficiency saving — with no loss of performance in most operating conditions.

“High productivity and low machine downtime delivered by Volvo machines are crucial in our business that is forever facing margin pressures,” Bhandari said. “Operator comfort and optimum fuel consumption are a standard with Volvo machines, and it is easy to see why Volvo is a tough-to-beat choice in mining. Volvo machines remain a clear favourite for Harsh Granites and the Group.”

Harsh Granites produces at least 100,000 tons of black granites annually, of which 70% are for domestic use, while the remaining 30% are exported to China and Europe.

“We trust Volvo Construction Equipment to take on the hardest applications in any mining project and deliver complete satisfaction,” Bhandari said. 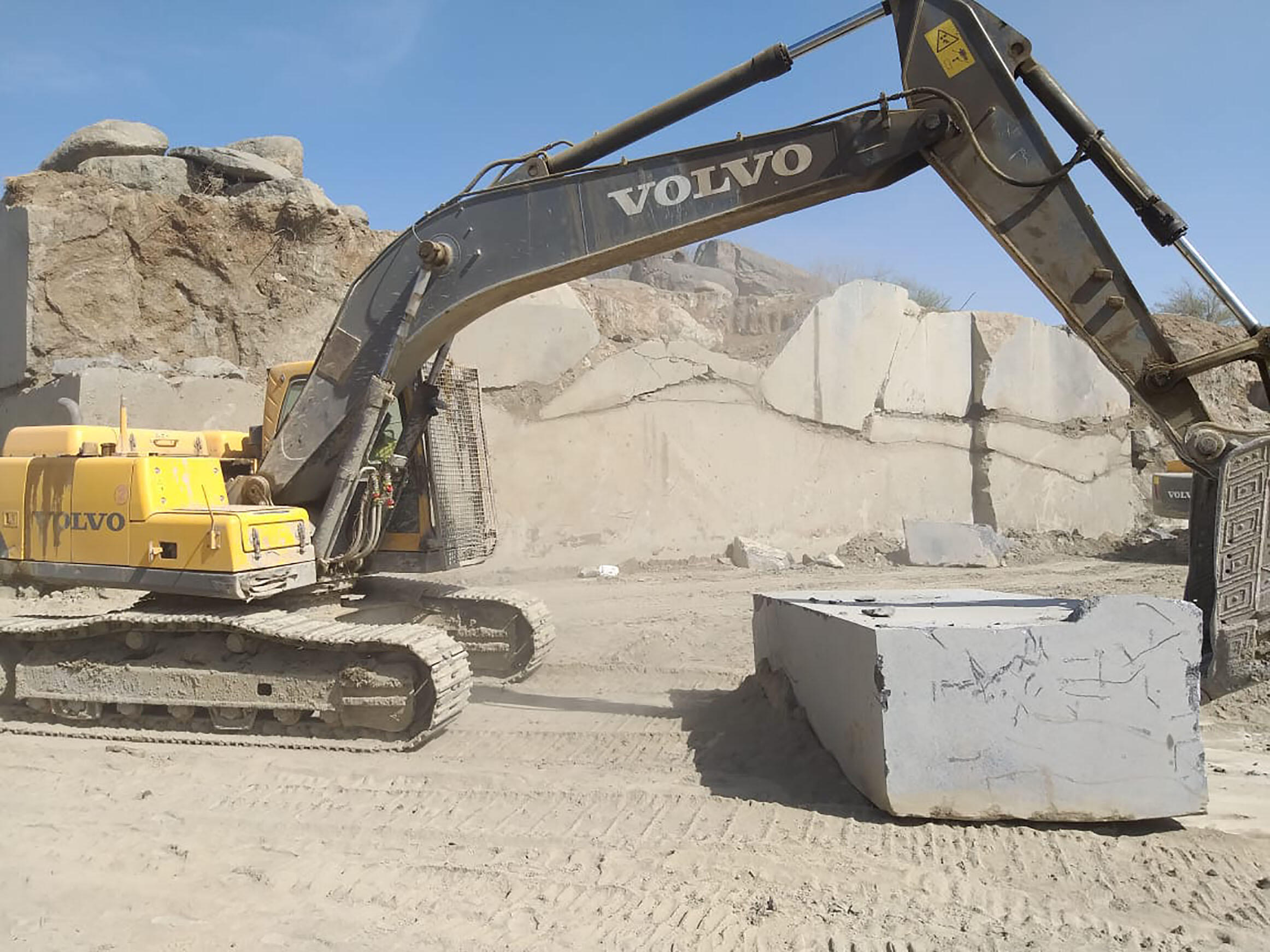 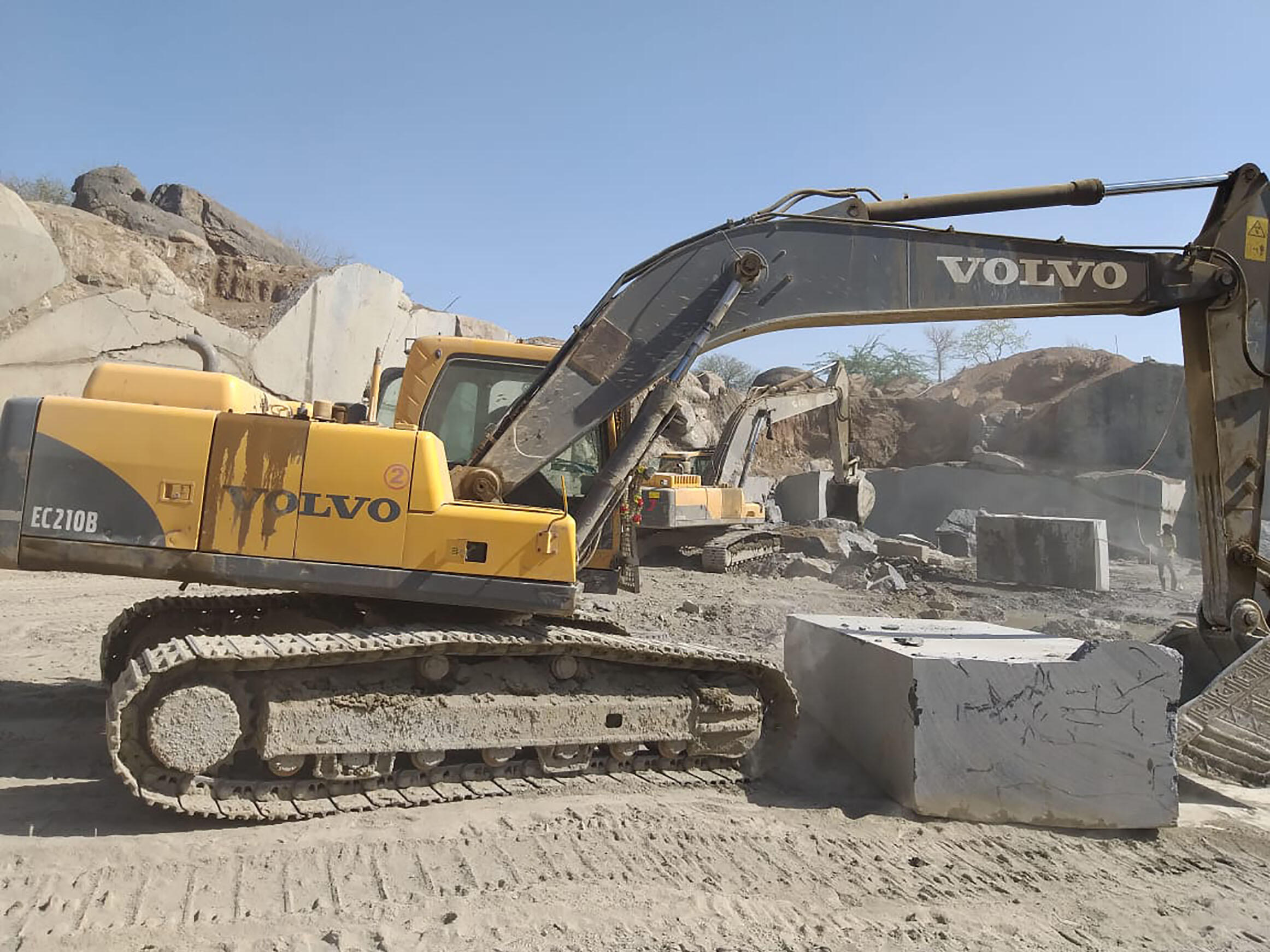