The EX2 was presented at the Volvo Group Innovation Summit in London, UK, alongside innovations from across the Volvo Group, including an autonomous refuse truck from Volvo Trucks and an electric bus from Volvo Buses. The innovation summit centered on infrastructure and transport in cities of the future, and focused on how the industry can have a positive impact on society through increased transport efficiency, reduced environmental impact and improved traffic safety.

The Volvo Group defines electromobility as ‘commercial vehicles and machines that can utilize an electrical motor to propel or to perform the main purpose of the machine’. To make the EX2 prototype fully electric, the combustion engine has been replaced with two lithium ion batteries, totaling 38KWh, which store enough electric energy to operate the machine for eight hours in an intense application, such as digging compact ground. The hydraulic architecture has also been replaced with electric architecture which incorporates electromechanical linear actuators that help to optimize the transmission chain. Removing the hydraulic system and the combustion engine, as well as reducing the cooling needs, has led to significantly lower noise levels. At this stage, the EX2 is purely a research project and there are currently no plans for industrialization. 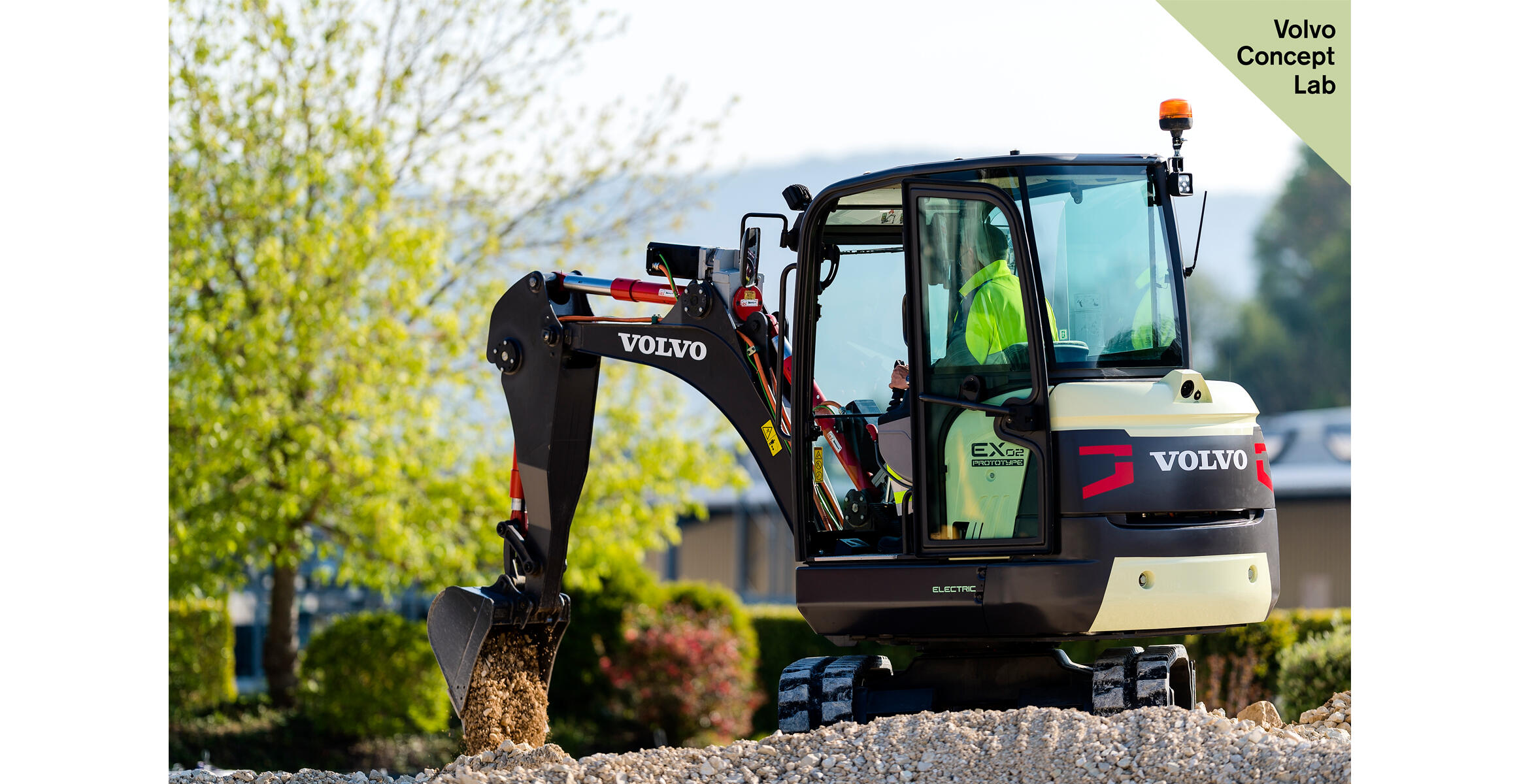 "In line with the Volvo Group’s vision to be the most desired and successful transport solution provider in the world, Volvo CE is committed to contributing to sustainable development," said Thomas Bitter, Senior Vice President of Marketing and Product Portfolio. "At Volvo CE we are developing technologies connected to electromobility, intelligent machines and total site solutions that will benefit our customers and the environment by contributing to increased machine performance, productivity, efficiency, safety and sustainability. Our future products and services will play an important part in building a sustainable society."

The EX2 stemmed from the company’s earlier ELEXC research project, which was partly financed by the French government as well as various funding bodies in France. Volvo CE worked with a team of six partner companies which all contributed towards the €7m project. The ELEXC work started in 2012 and concluded in 2015, Volvo CE has since been working on other research projects connected to the EX2, such as durability tests.

"The electrification of construction equipment will produce cleaner, quieter and more efficient machines – this represents the future of our industry," concludes Ahcène Nedjimi, electrics and electronics systems lead engineer and EX2 project leader. "The EX2 is a revolutionary machine. With its zero emissions and ten times lower noise levels it could easily be used in densely populated areas without disturbing people – even at night. Ten times higher machine efficiency and maintenance-free systems means that operating costs and total cost of ownership would be significantly reduced. The prototype machine delivers the same power and force as its conventional counterpart, as well as faster speeds in combined movements. And all of this has been achieved without compromising on machine performance, ensuring customer needs would be fulfilled."