Volvo’s new mini pipelayer kit for EC140D, EC140E and ECR145E excavators enables customers to benefit from the safety, accuracy and efficiency of a dedicated pipelayer that can also quickly and easily convert back to a standard excavator when needed for outstanding utilisation and profitability.

Standard excavators are not well suited to pipelaying applications. Lowering a pipe using a standard excavator requires x- and y-coordinate movements that challenge even the most highly skilled operator. With a specialised pipelayer, however, it’s a breeze. Once the hook is positioned in the centre of the trench, the winch lowers the pipe exactly in the middle. The task is completed quickly, accurately and safely with minimal risk of or damage to the pipe or trench – or indeed harm to site staff.

But if you’re not lowering in pipes all the time, how can you justify investing in a dedicated pipelayer from a commercial perspective, if a standard excavator can sort of do the job? That’s where the new mini pipelayer kit from Volvo Construction Equipment (Volvo CE) comes in.

Launched initially for less regulated markets, the mini pipelayer kit enables Volvo customers to add a specialised pipelayer to their fleet with relatively low investment that can quickly and easily switch between pipelaying and standard excavator solutions, ensuring high utilisation rates. Suitable for EC140D, EC140E and ECR145E excavators, these models certainly won’t be caught with their feet up when fitted with the kit. They’ll be hard at work, paying their way, whatever the task ahead.

Lars-Inge Larsson, global product manager for pipelayers at Volvo CE says: "We developed the kit in response to customers’ safety concerns about lowering pipes into trenches using standard excavators. In Argentina, for example, such operations are not acceptable on the majority of projects these days."

The kit is suitable for lowering pipes of up to approximately 300 mm (12 inches) into a trench. A Load Management Indicator (LMI) monitors the load status and signals when the maximum safe workload has been reached (3.3 t) so that the operator can work risk-free on up to a 10º slope. The LMI system includes a line rider assembled on the wire rope and a separate display in the cabin. It is not as sophisticated as on the larger Volvo rotating pipelayers but meets current customer expectations and needs.

Assembled together with the pipelayer jib as one unit, the winch can be operated by the left-hand joystick (usually for the dipper arm) or the right-hand proportional X1-switch, according to operator preference. Only one movement, instead of two, is required during the lowering in. This makes it much more comfortable and easier for the operator, who can then complete the job safely and precisely.

The kit is easy to assemble – a contractor can convert an excavator into a pipelayer or vice versa in as little as two to three hours after some practice – and is easy to send in a box from jobsite to jobsite. The transport of the whole machine is also easier than with a classical sideboom.

"This kit is a great extension to the lower end of the Volvo pipelayer range. We are so confident of the value this kit will offer customers that we have even patented it!" Larsson concludes. 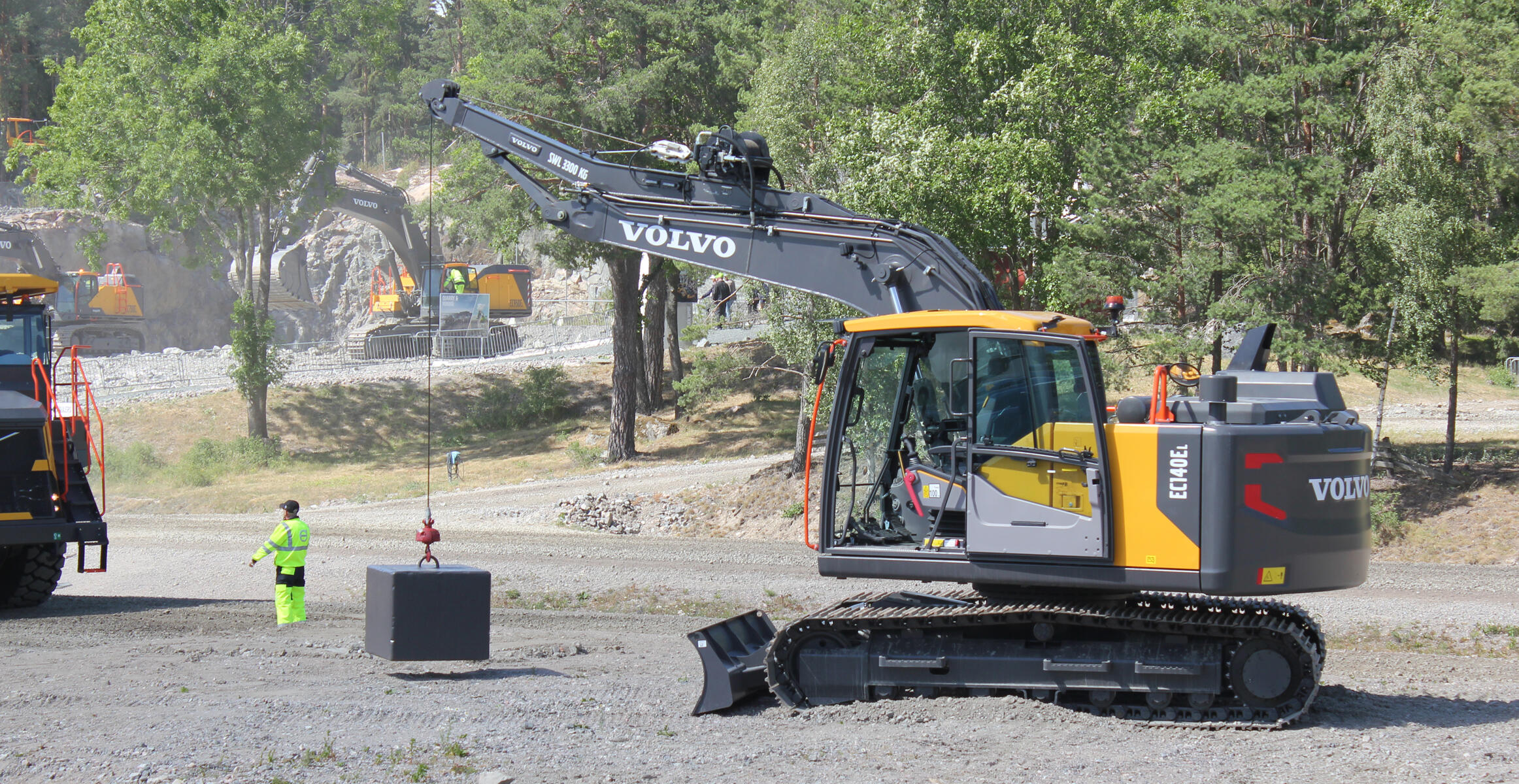