Often the best ideas are the simplest. Volvo CE has taken this idea to heart with its ingenious new EC300E Hybrid, which is now entering field testing. Unlike other systems that capture the swing energy of an excavator’s superstructure to electrically assist the engine, Volvo’s novel hydraulic hybrid harvests ‘free’ energy generated by the down motion of the excavator’s boom and uses it to supercharge the hydraulic system.


The powerful and regular boom-down motions charge 20 litre hydraulic accumulators, which then deliver energy to drive hydraulic assist motors that help power the hydraulic pump. There are the same levels of controllability and performance as the standard EC300E, including the ability to work in ECO mode and Hybrid mode simultaneously. 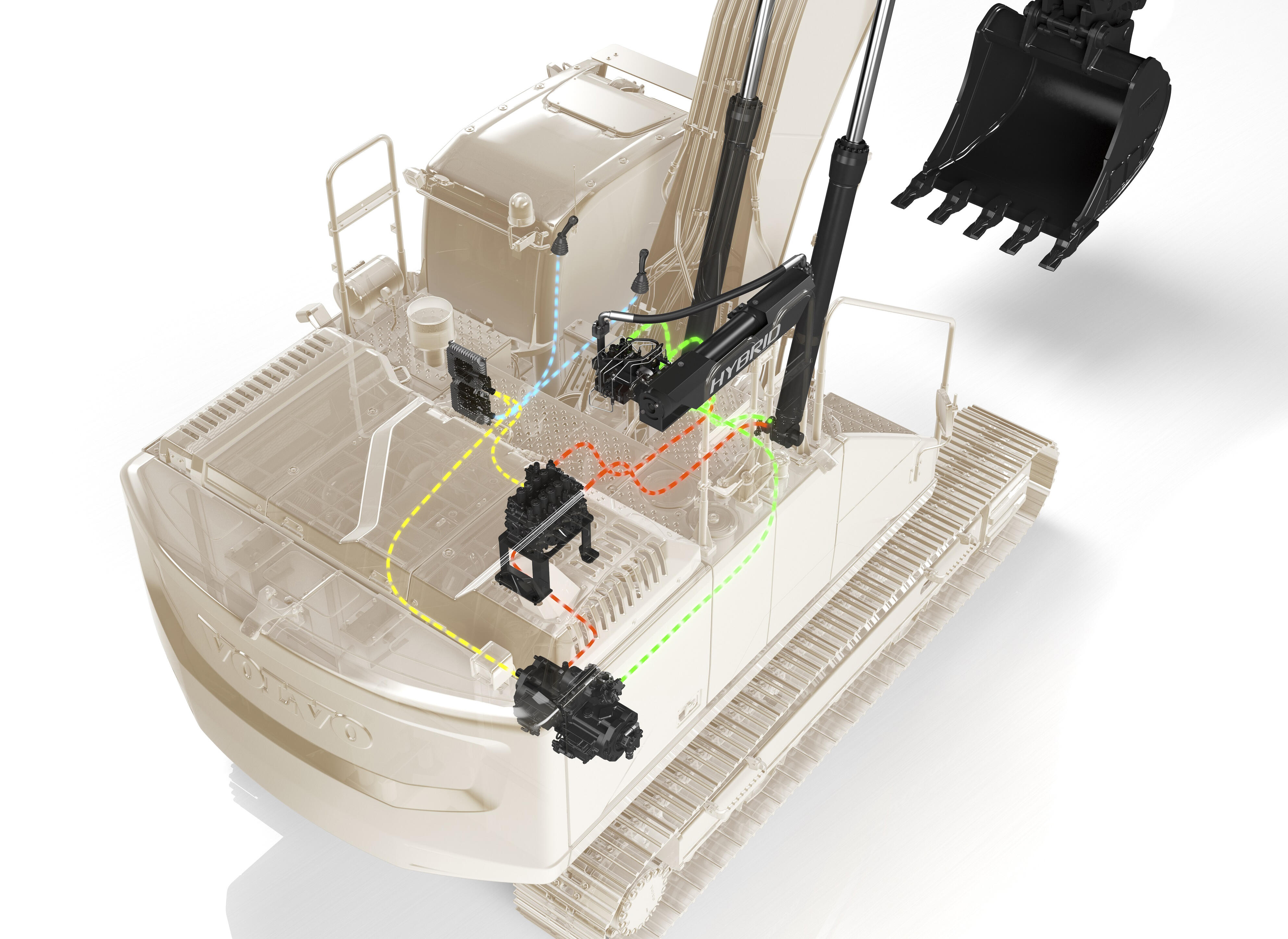 Volvo’s novel hydraulic hybrid harvests ‘free’ energy generated by the down motion of the excavator’s boom.

All this simple and uncomplicated cleverness takes load off the engine, and in the process delivers between 10-12% lower fuel consumption, up to 12% less CO2 emissions – and all with no loss of performance. When used in production ‘dig and dump’ applications (esp. those with a 90o swing) the payback of this simple approach can be a little more than a year. The machine provides the same levels of controllability and performance you would expect from the equivalent conventional machine, and up to 17% fuel efficiency improvement dependent on application.

Not only is the idea simple – the componentry is too – consisting of just a few add-on components that are simple to maintain. 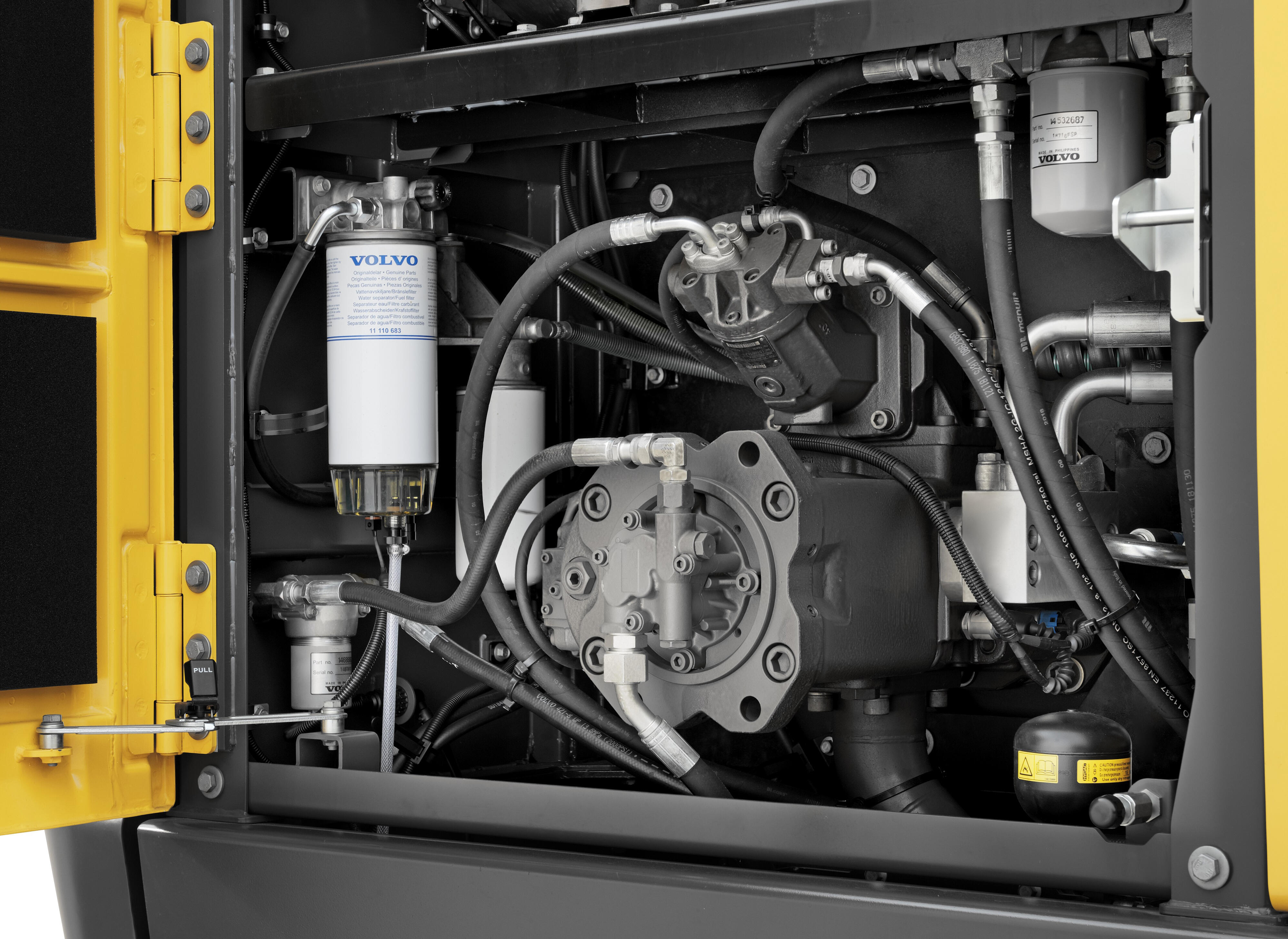 This technology helps take the load off the engine.

While not commercially available yet, EC300E Hybrids are currently undergoing field tests at customer sites in order to validate the technology in real world applications.