An EW145B Prime wheeled excavator and SD110 soil compactor from Volvo Construction Equipment are proving their productivity, efficiency, and reliability in the expansion of a dairy farm in Berastagi, North Sumatra.

To further increase its production, PT Ultajaya Milk Industry is expanding its cattle ranch and feed farm in Berastagi, North Sumatra. Previously covering 73 hectares, PT Ultra Sumatera Dairy Farm is adding an additional 83 hectares of land to the farm so that it will eventually accommodate 6,000 Australian Holstein cows.

In October 2018, construction began on the site. In May 2019, a Volvo EW145B Prime wheeled excavator and SD110 were drafted in from a local equipment rental company to assist with the earthwork. The machines operate eight hours a day and show no signs of slowing down.

“These are really reliable and durable machines. We’ve been working them hard for over a year now and they are still in top condition,” says Ms. Dinda, spokesperson for PT Ultra Sumatera Dairy Farm.

Ms. Dinda has also been impressed by the machines’ performance and fuel efficiency.

“The engines are powerful but have low fuel consumption, which is important for us as we try to keep costs down on the project,” he says.

Both machines feature a Volvo Tier 3/Stage III-compliant engine that delivers powerful performance along with dependability and environmental emission compliance. The Volvo D6E E1E3 engine on the EW145B Prime excavator even includes an automatic idling system for ultra-efficient fuel consumption.

Finally, all the operators on the PT Ultra Sumatera Dairy Farm expansion project agree that the Volvo EW145B Prime and SD110 are easy to use.

The EW145B Prime excavator has the multi-task credentials of a tool carrier and the pedigree of a thoroughbred digging machine. It is multi-functional, highly mobile, well-balanced and comfortable. The excellent all-round visibility, adjustable steering column and ergonomic controls, high-capacity climate control system, and vibration dampening lead to all-day operator comfort and productivity. Meanwhile, the anti-slip steps and platforms, simplified ground level accessibility and centralized lubrication points make regular maintenance a piece of cake.

“Our operators particularly like the acceleration and compaction abilities of the SD110. They are very good for a vibratory roller,” Ms. Dinda says.

The weight of the SD100 is balanced at the drum and at the tires, leading to enhanced traction, fewer passes, reduced voids and maximum compaction. In addition, the articulation joint provides a +/- 17 degree oscillation angle and frame articulation of +/- 40 degree, for greater stability and maneuverability.

“Overall, we have been very impressed by the Volvo machines. They reliably deliver high productivity and efficiency day after day,” Ms. Dinda concludes. 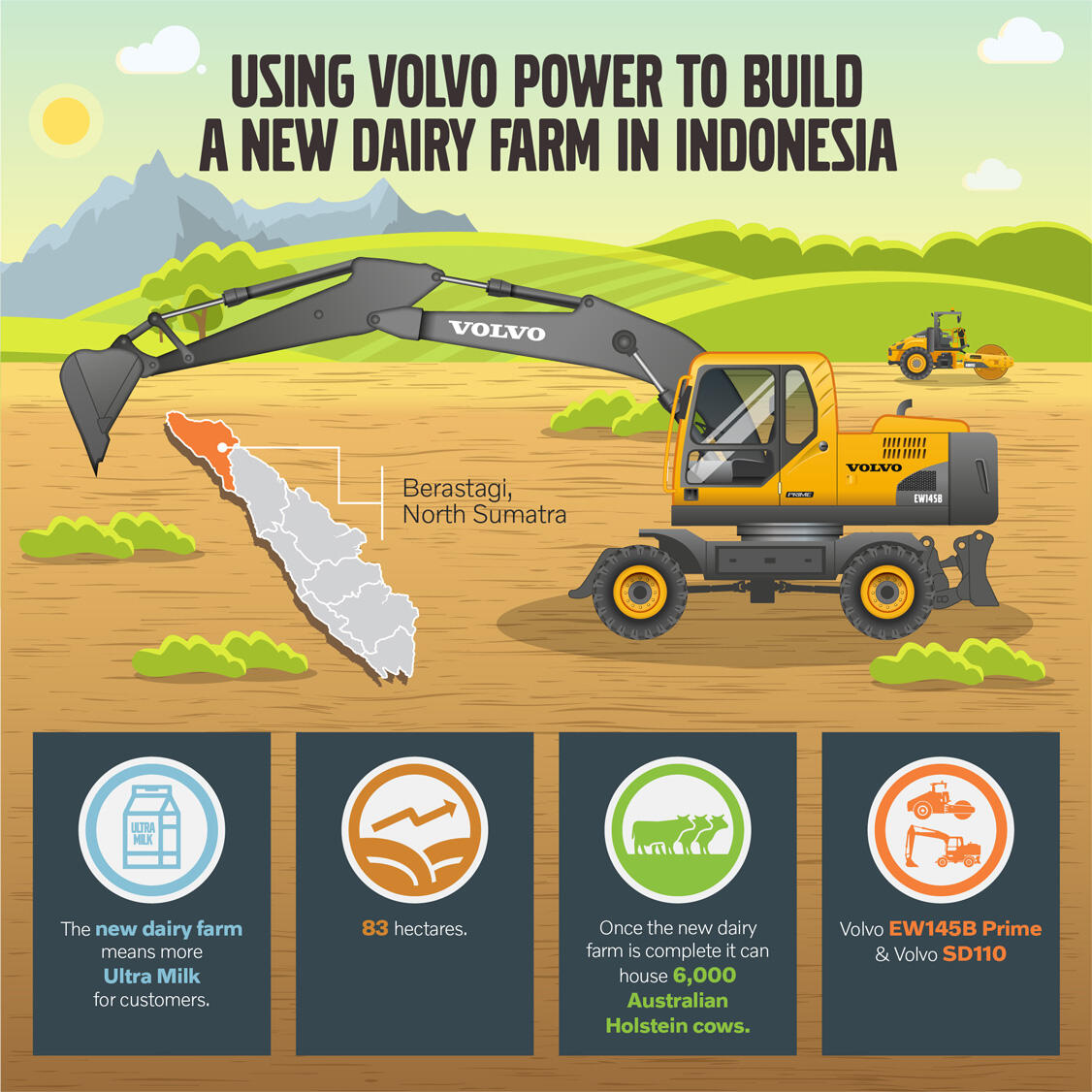