A rental and general contractor company in Surabaya, East Java, already relies on some of the leading machines from Volvo Construction Equipment, as it excavates limestone to meet Indonesia’s infrastructure demands. But four new additions are taking the company’s work to the next level.

Over the past decade, Indonesia has made huge leaps forward as it overhauls its infrastructure and with it demand for cement and minerals like gypsum and limestone have skyrocketed. To meet the growing demand, PT Sumber Multi Rejeki, a rental and general contractor, which includes oil and gas, mining and quarrying sevices, based in East Java, Indonesia, is relying on the quality, strength and durability of a fleet of machines from Volvo Construction Equipment (Volvo CE).

“Our machines are used for at least eight hours a day, every day of the week,” said Mr. Soetikno Nyoto Setiadi, owner and director of PT Sumber Multi Rejeki. “We need a high-performing fleet so that’s why we choose Volvo.”

Designed to increase productivity and reduce fuel consumption, the robust EC210D crawler excavator features a maximum bucket capacity of 1.22 m3, a maximum slew speed of 12.3 r/min and a maximum slew torque of 76.7 kNm. The EC210D is equipped with the reliable and powerful Volvo D5E engine.

The EC210D can be equipped with either a top or side mounted Volvo hydraulic breaker, built to break even most demanding materials, delivering consistent power and high breaking force. The Volvo-designed hydraulic breaker/shear piping and quick coupler piping option provide optimum flow to the hydraulic attachments. State-of-the-art auxiliary lines allow the correct flow and pressure for special attachments.

“The quarry in Surabaya is challenging for machines so every machine we use needs to be extremely manoeuvrable,” Mr. Soetikno Nyoto Setiadi said. “The EC210D provides exceptional control in grading and combined operations, so that operators experience the smoothest and easiest movement when traveling and lifting.” 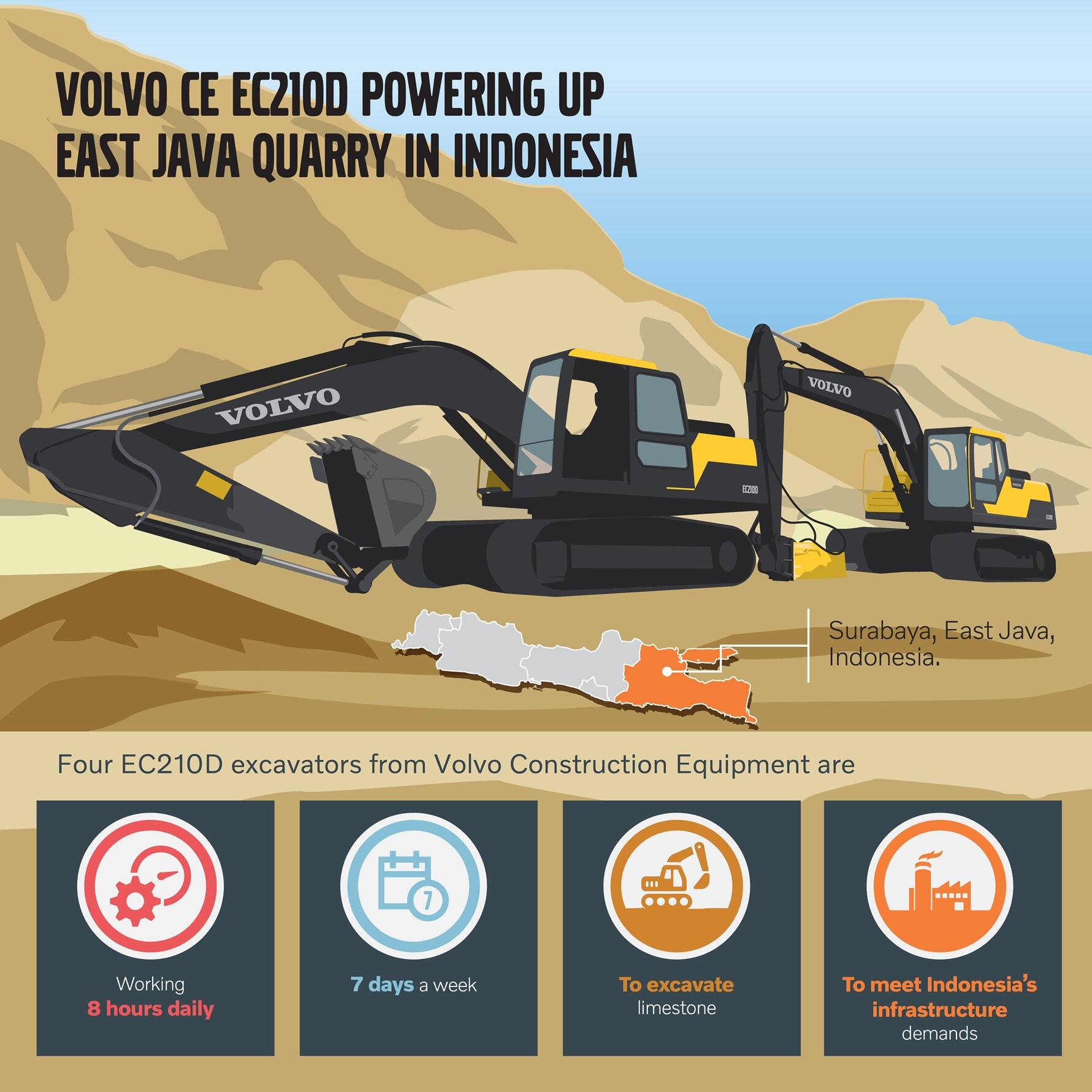