Dolph Lundgren training Volvo CE machines
Revealing the toughness, versatility and intelligent engineering behind Volvo CE’s full range of excavators, the film tests the limits of heavy equipment during an exhilarating and entertaining army bootcamp, led by drill instructor Dolph Lundgren. The 80s powerhouse behind films including Rocky IV, Universal Soldier and The Expendables drives the action in a cinematic display of man against machine.
Click here to watch the film.
In the film – a comic nod to the action movies that Dolph Lundgren is renowned for – a line-up of Volvo excavators weighing between 1.5 to 95 tons are put through their paces in an exhausting assault course.
During a series of extraordinary stunts, the machines are seen pulling Dolph Lundgren atop a huge concrete block across an unknown desert location, flipping gigantic tires across a muddy track and taking part in what is thought to be the world’s first ever excavator pull-up – fulfilling the film’s final message that they really are ‘excavators for any challenge’. All of this is set to the iconic beat of the 1989 hit song ‘Pump up the Jam’ by Belgian music group Technotronic.
Bill Law, Senior Vice President of Corporate Communications at Volvo CE, said: “This is a good demonstration of the flexibility and strength of our excavators, from the small to the mighty. The result is a feel-good mini movie with Hollywood impact. Some of these stunts are a little out of the ordinary, but we wanted to be daring and set ourselves a challenge to push them further. Our excavators work hard every day at construction sites all over the world, something that requires precisely that power and stamina, together with skilled operators behind the wheel.” 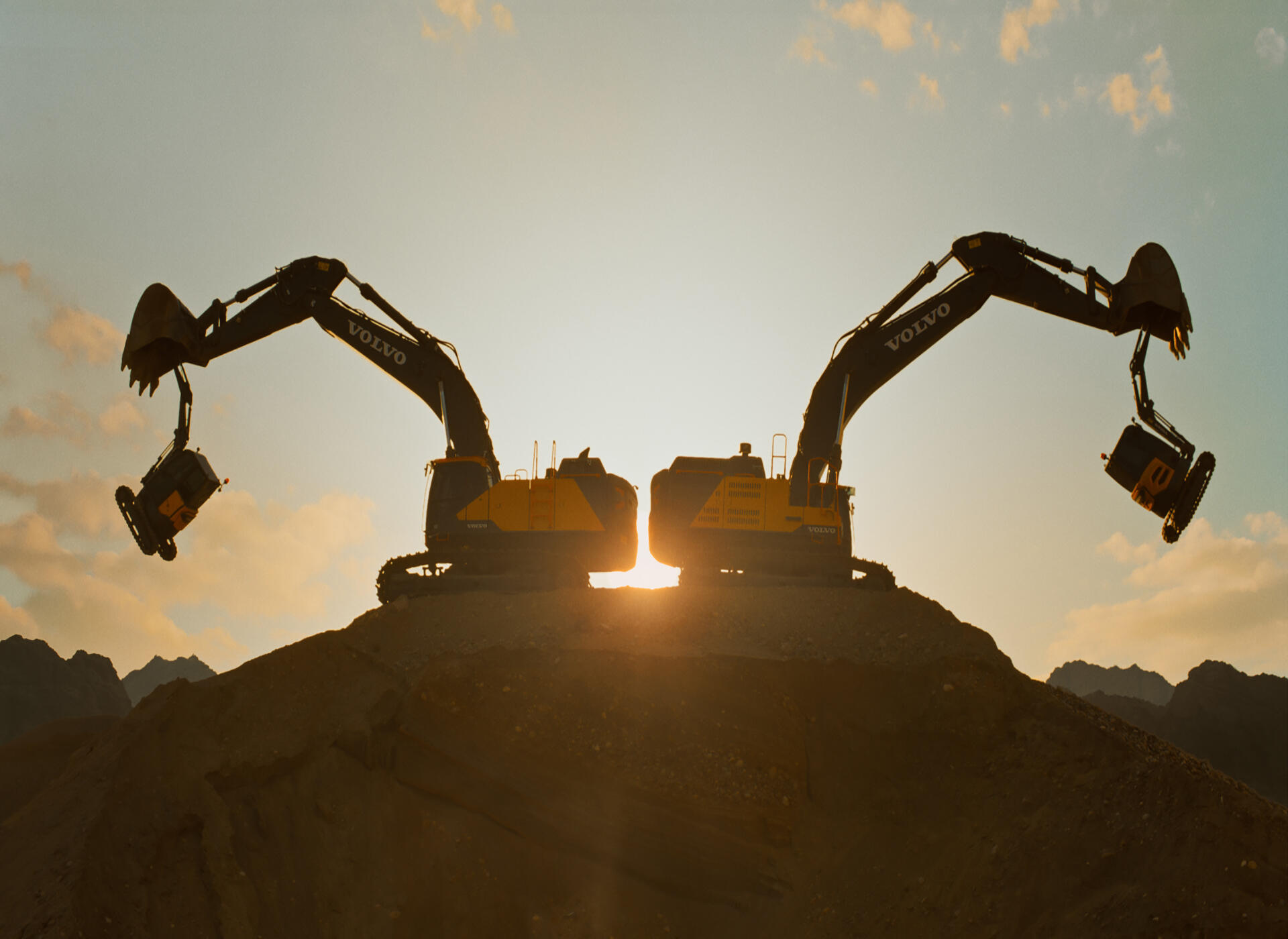 Dolph Lundgren has starred in major Hollywood productions for more than 30 years and is currently enjoying a surge in popularity thanks to leading roles in new Hollywood blockbusters Creed II and Aquaman, both out later this year. With a background in engineering and a scholarship to the renowned US university MIT, he is well matched against the brains and brawn of Volvo’s excavator range.
He said: “This job was probably the most unusual role I’ve ever taken on. It was fascinating to see Volvo’s excavators and its skilled operators performing all the various physical exercises - with absolutely no movie stunts involved. Honestly, I didn’t think it was even possible. Being born in Sweden, I have a long relationship with this classic Swedish brand. As a young boy, I rode in the back of my dad’s Volvo. To me, Volvo represents some great Scandinavian values, like clean design, excellent quality and a true care for the environment. I’m really pleased to get this opportunity for us to work together.”
Few machines are as versatile as the excavator. This campaign highlights the ability of Volvo excavators to deliver optimum power and performance for almost any task. While pull-ups and tire flips are not everyday activities, these stunts are entirely authentic and were carried out by professionals in a safe and closed environment. In the real world Volvo’s range of machines can be relied on for everything from site preparation, trenching and excavation to demolition, truck loading and pipe laying.
Click here to watch a mini-documentary on the film.
For further information, please visit: www.volvoce.com/pumpitup.
Notes to Editors:
With a history dating back 185 years, Volvo CE is one of the longest established global producers of products and services for the construction, extraction, waste processing, forestry and materials handling sectors. Principal equipment includes excavators, wheel loaders and haulers, as well as road machinery. Marketed under the Volvo, SDLG and Terex Trucks brands, the company’s products and services are sold and supported via a global network of dealers.
i-movie Pump It Up.