Improved competitiveness and increased demand helped Volvo Construction Equipment put in a strong fourth quarter of 2017, with sales up 28% in the period, and up 31% for the full year.

Demand in Europe improved during the quarter, and was up 16% by the end of November, helped by growth in the UK, France, Italy, Germany and a rapidly improving Russian market. North America was up by 10% over last year, helped by greater demand for excavators, while South America saw a gain of 17%, from low levels and mostly from markets outside of Brazil. The Middle Eastern market continued to slow, weighed by weak demand from Saudi Arabia. Excluding China, Asian markets were up 11% compared to last year, boosted by an improving mining sector. The Chinese market itself was strongly up, growing by 74% above last year, driven by greater demand for excavators and wheel loaders. The market for large excavators was up 121%, while compact excavators enjoyed an 83% improvement. By the end of November, the market for wheel loaders in China was up by 50%.

During the fourth quarter of 2017 Volvo CE saw net order intake increase by 48%, largely driven by strong demand in China and North America. Deliveries increased by 49% during the period, again boosted by higher volumes in China.

Volvo CE has begun 2018 in confident mood. In January the company took another step to further strengthening its customer offer with the announcement that the Volvo brand was entering the rigid hauler market, introducing four new models ranging from 45 to 100 tons. 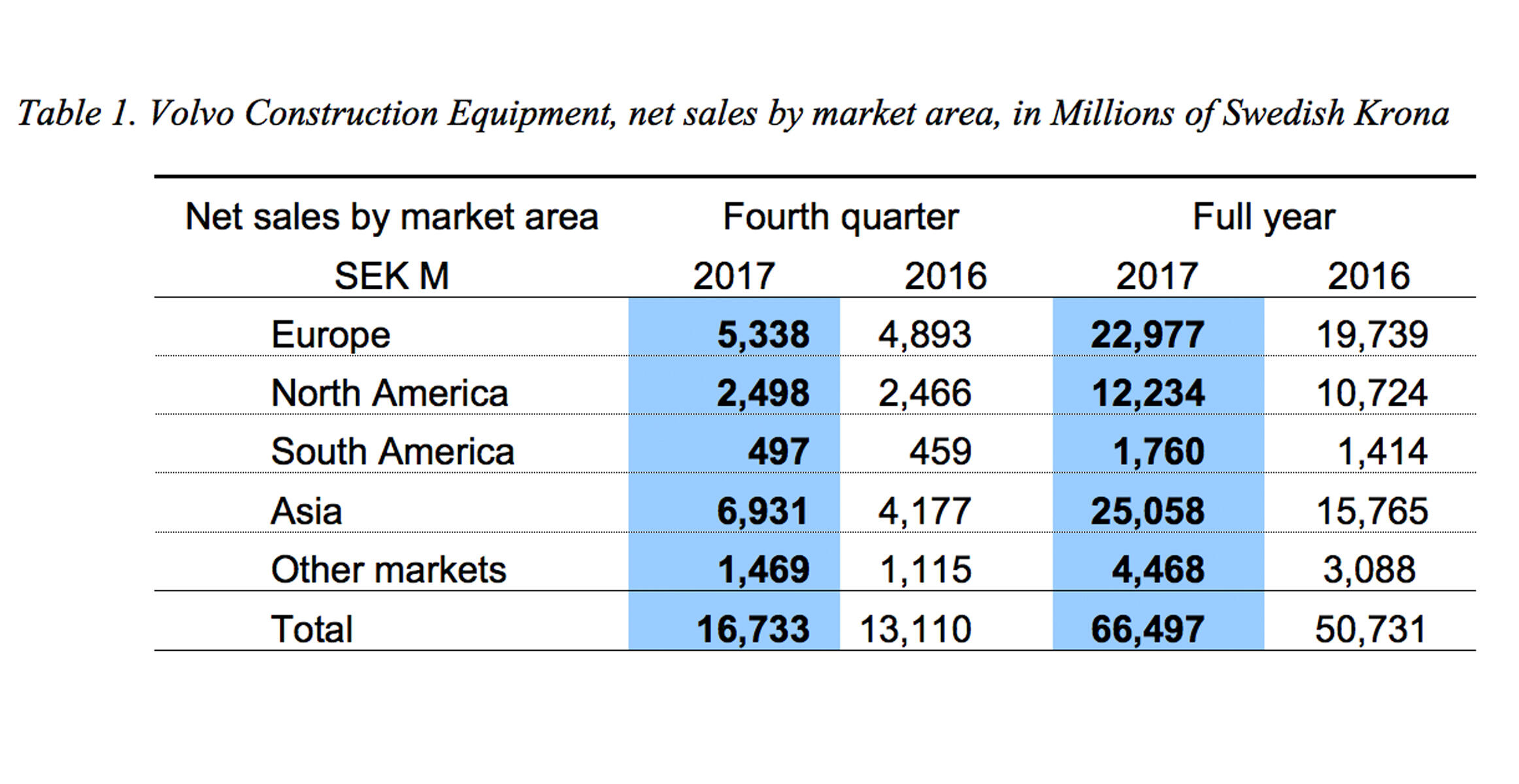