Significant market demand increases in all major regions helped propel Volvo Construction Equipment to a strong first quarter 2018, with sales up 30% and profitability up 79%.

In the first quarter of 2018 Volvo CE also enjoyed an increase in order intake, which rose by 37% to 23,938 machines, with increases in orders coming from all markets, but particularly North America and Asia. Deliveries were also up 35% during the period, to 22,102 machines.

The construction equipment market continued to improve during the quarter, with all regions showing growth. The European market was up 10%, driven by increased demand in Germany, Italy and parts of Eastern Europe. North America was up 21%, driven mainly by demand for excavators. South America continued to recover from low levels, rising 27%. Asia (excluding China) was up 21% compared to last year, boosted by growth in India, Indonesia, Turkey and the Middle East. Strong demand for large excavators and wheel loaders helped the Chinese market improve by 13% during the quarter.

“In general, market demand is strong, and Volvo CE has continued to improve sales and profitability,” commented Volvo CE’s president Melker Jernberg. “We are leveraging the benefits of these increased volumes well, while at the same time keeping a tight control of costs.” 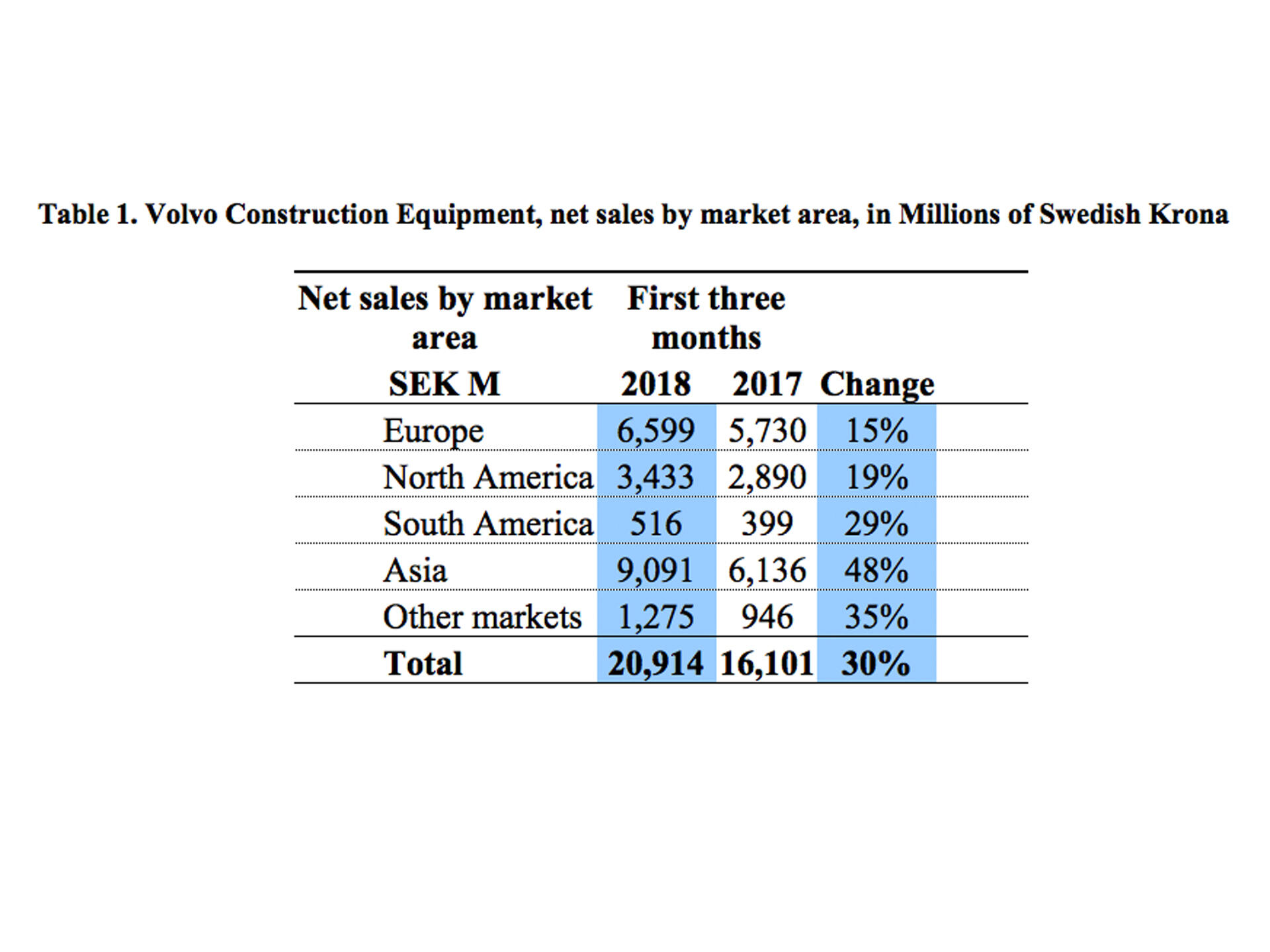