Market share gains and strong recoveries in Asia and Russia help propel Volvo Construction Equipment to a strong performance in the third quarter of 2017.

Market share gains in key segments coupled with good cost control and growing demand in most markets helped Volvo Construction Equipment (Volvo CE) post an especially strong third quarter of 2017. This saw sales up 34%, order intake up 45% and delivers up 48% in the period, as well as a strong improvement in profitability.

Adjusted for currency movements, net sales in the third quarter increased by 34% to SEK 15,091 M (11,539). Operating income was also strongly up, jumping 237% to SEK 2,024 M, up from 601 M in the corresponding period in 2016. This represented a significant step up in operating margin, to 13.4% (5.2%). Profitability was positively impacted by higher sales, improved capacity utilization in the industrial system and again from the sale of Volvo CE’s dealership in Great Britain.

Net order intake in the third quarter increased by 45% compared with the same quarter in 2016. This increase was largely driven by higher intake from China, as well as growth in other Asian markets and Russia. Deliveries increased by 48%, to 14,431 machines.

“This is an especially strong performance. Volvo CE has responded well to the growing demand, with volume increases up 48%, while at the same time taking a significant step up in profitability,” commented Martin Weissburg, president of Volvo Construction Equipment. “We also continue to gain market share within our product and market strongholds.” 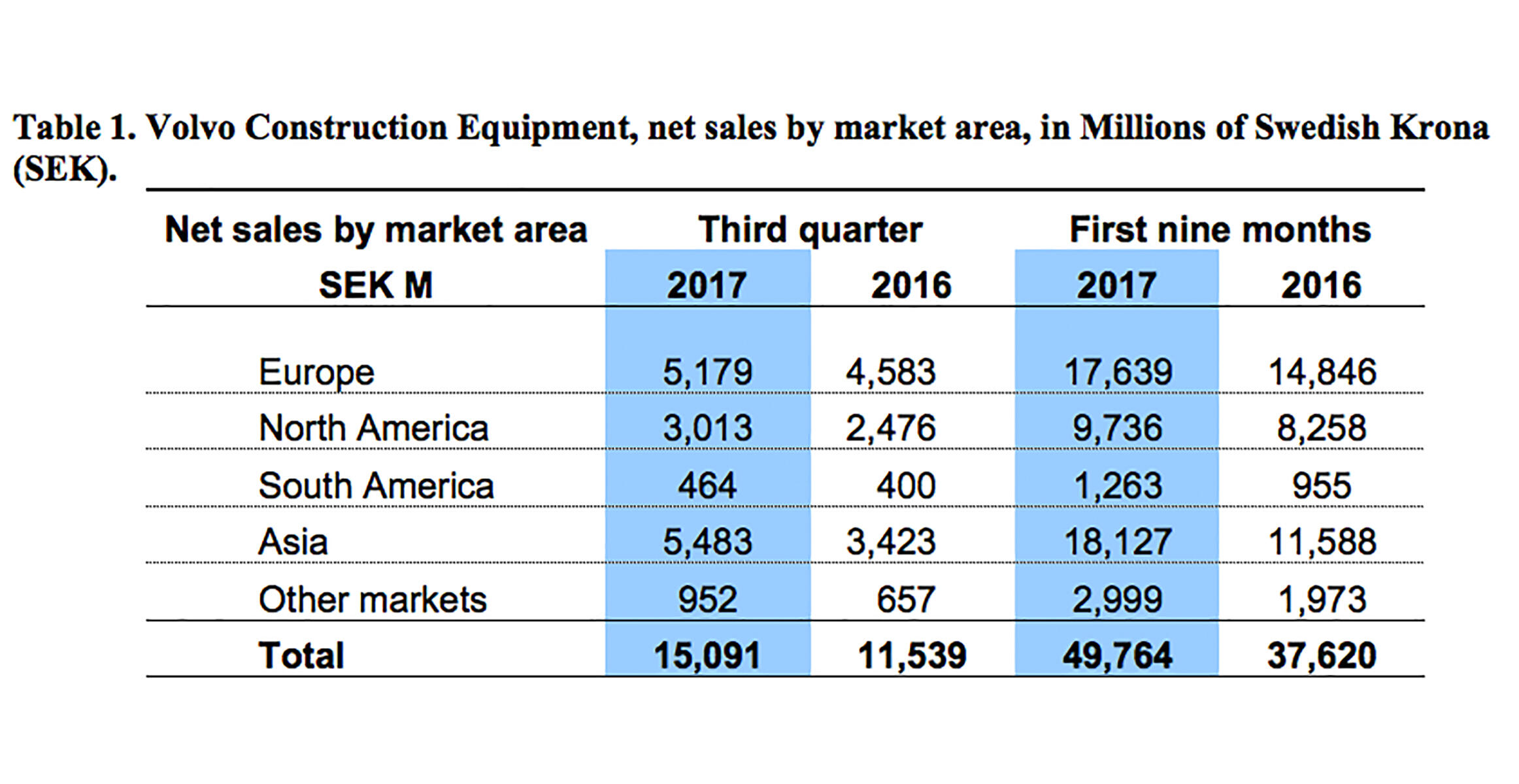