Sales up 36% in strong second quarter at Volvo Construction Equipment

Transformation program and increasing demand in key markets helps boost Volvo CE in Q2 2017, with significant improvements in both sales and earnings.

Driven by improvements in most major markets, Volvo Construction Equipment (Volvo CE) reported that net sales in the second quarter of 2017 increased by more than a third, rising 36% compared to the same period in the year before. Good cost control as volumes return also resulted in a significant improvement in profitability.

The second quarter 2017 also saw order intake increase by 54%, while deliveries in the period were up 49%, at 17,472 machines. Order intake in China was particularly strong, rising by 221%, driven by increased demand for SDLG wheel loaders and SDLG and Volvo excavators.

The second quarter of 2017 saw increased demand in most major markets. Europe was up 14%, while North and South America both saw a 4% improvement. Asia (excluding China) was up 8%, while the Chinese market was up almost two thirds, at 65%.

“Demand for construction equipment continues to improve in Europe and China, and also a clear recovery in the mining segment in many parts of the world,” commented Martin Weissburg, president of Volvo Construction Equipment. “Thanks to Volvo CE keeping tight control over costs as volumes return, these increased sales have resulted in a significant improvement in profitability. In general, Volvo CE has competitive products and services, with good positions in key markets. We will continue to focus on core products and segments, continuous improvement, lowering costs and improving quality.” 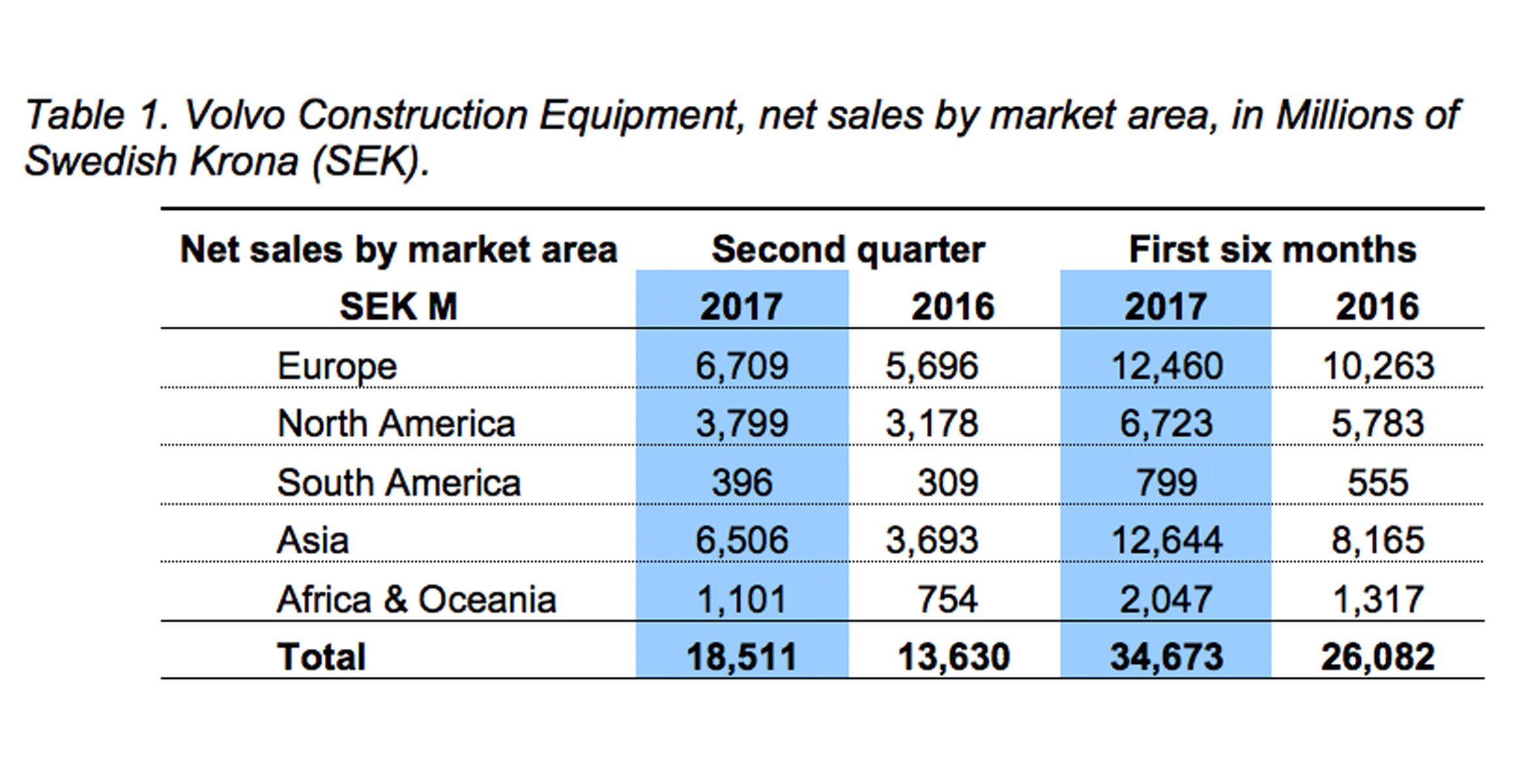