The EW160E wheeled excavator is the latest Volvo machine to get the LEGO® Technic treatment. A replica in everything but size, the new model boasts 1,166 individual elements and a built in pneumatic drive system.

After almost two years in development, LEGO® Technic has announced the launch of its latest model – an approximately 1:20 scale model of a Volvo EW160E wheeled excavator.

The latest model follows on from the runaway success of the remote-controlled Volvo L350F wheel loader created by LEGO® Technic in 2014, and is set to hit the shops this summer.

Comprising an in-built pneumatic system and a mind boggling 1,166 individual elements, the EW160E material handling machine has been designed to resemble the real thing in both looks and functionality. “We didn’t just want this product to look like an EW160E material handling excavator, we wanted it to work like one too,” explains Andrew Woodman, senior design manager at LEGO® Technic. 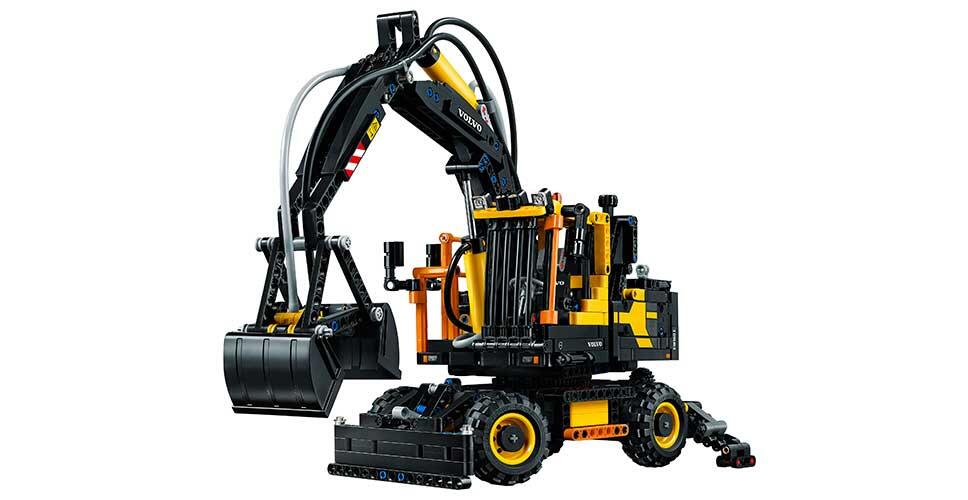 The latest model takes a different approach to the remote-controlled model L350F, as Woodman explains. “This one is very much an ‘in-hand play’ model,” he says. “That means that we could focus on really capturing the excavator’s visual appearance. However, we went a step further and added a pneumatic system that uses pressurised air to replicate how a real machine works with its hydraulic system – it’s what operates the main boom and the grab bucket. The model also has other realistic functions, such as the raising and lowering of the cab, the steering and the outriggers, which come down from the chassis to steady the machine when it’s working. It is so lifelike it’s ready for site duties!”

The idea to build the Volvo CE EW160E was the obvious choice. “Before Volvo was even in the picture, we had been looking at doing a new excavator for some time,” says Niels Henrik Horsted, LEGO® Technic’s senior marketing manager. “We’re always trying to bring something new to the market, however there are some things that we always come back to, due to their popularity; one of the favorites is undoubtedly an excavator. We wanted to do something really innovative this time – create a new type of excavator that we hadn’t done before.”

It was at this point that LEGO® Technic discovered Volvo’s wheeled excavator range, and started to put a proposal together. Having had such a good cooperation with the L350F loader model, working with Volvo again was an easy decision. 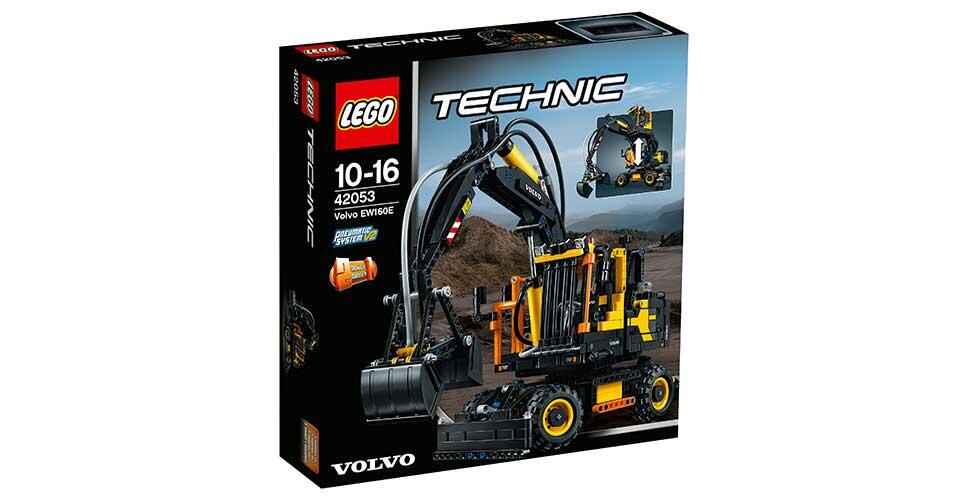 LEGO® Technic worked closely with Volvo CE throughout the development process, ensuring that the model was accurate in both looks and functionality. “We went through several phases of development to make sure we didn’t miss a thing,” continues Woodman. “Not only did we want to create a great building experience for the people who buy our models, we wanted Volvo CE to be proud of the fact that it has a LEGO® Technic model that is a great representation of its machine.”

To ensure its design was as accurate as possible, Woodman and his team got the chance to visit the factory in Konz, Germany, where real life EW160Es are put together. “We had a great time looking at the way the machines are built,” he says. “By physically walking down the production line, we were able to see the different stages of the design. We got the chance to climb onto the machine and get in the cab; it gave us a really good sense of how the excavator is built.”

Having such a close relationship with Volvo enabled the LEGO® Technic team to keep up to date with any new developments. “We even included the brand new orange handrails and guards, which are only now beginning to be rolled out on the real machines,” says Woodman.

Peter Bauer, vehicle engineer at the Volvo CE factory in Konz, worked closely with the LEGO® Technic team throughout the development phase. He says: “Having played with LEGO® Technic as a child, I was really excited to see how the team go about designing and developing their products. Upon meeting them, I was immediately impressed by the level of detail they wanted to achieve. The first thing we worked on together was the elevated cab; the LEGO® team’s prototype was already quite accurate but together we were able to make it as close as possible to the real machine.

“One thing that I found particularly interesting was that they faced many of the same challenges that we did, such as usage of common parts, proto and pilot machines, and so on. All in all, it was a really good experience for everyone involved. I’m already looking forward to being part of the next LEGO® project,” he concludes.

The model is now being packed and will be available in stores this summer.