How is nature influencing the way we design?

Human’s design feats are undeniably incredible but we can still learn a lot by looking to nature. Volvo Construction Equipment take a look at some ingenious designs inspired by nature. 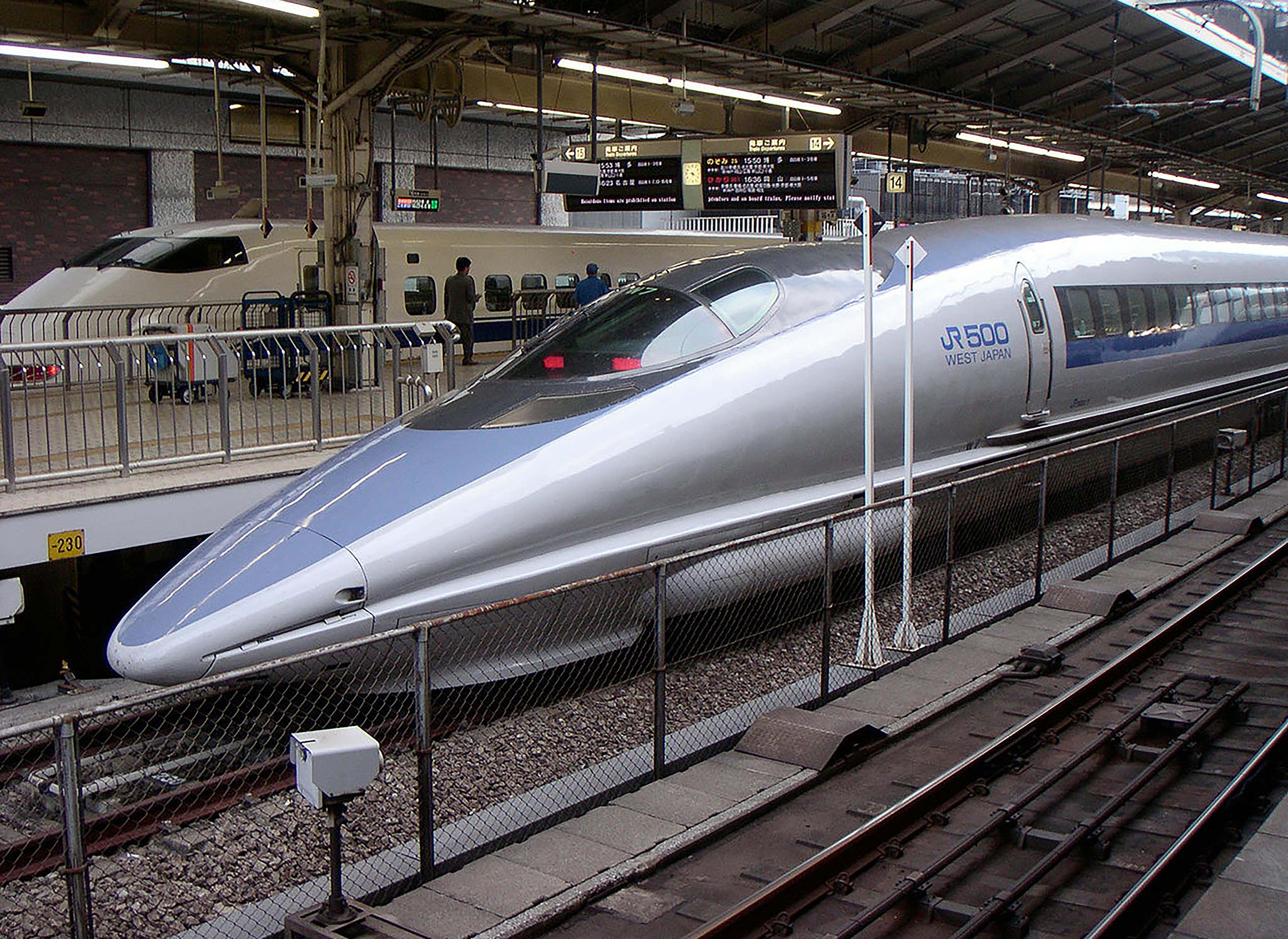 30 years ago, the Japanese bullet train had a problem. When the high speed train traveled through tunnels the train would create a loud boom noise, which not only concerned passengers and people living nearby but also disturbed wildlife. This boom was created by a buildup of pressure in front of the train. When the train entered the tunnel, the compressed air created a soundwave that exited the tunnel like a gunshot! Half of the entire Sanyo Shinkansen Line (from Osaka to Hakata) is made up of tunnel sections, so something had to be done. Engineers thought – is there some living thing that manages sudden changes in air resistance as a part of daily life? Yes, the kingfisher. To catch its prey, a kingfisher dives from the air, which has low resistance, into high-resistance water, and moreover does this without splashing – so as not to disturb their prey. The engineers set about re-designing the front end of the train to mimic the distinct shape of the kingfisher’s beak. The results were outstanding. “This shape has enabled the 500-series to reduce air pressure by 30% and electricity use by 15%, even though speeds have increased by 10% over the former series,” explains chief engineer and researcher M.Kobayashi. 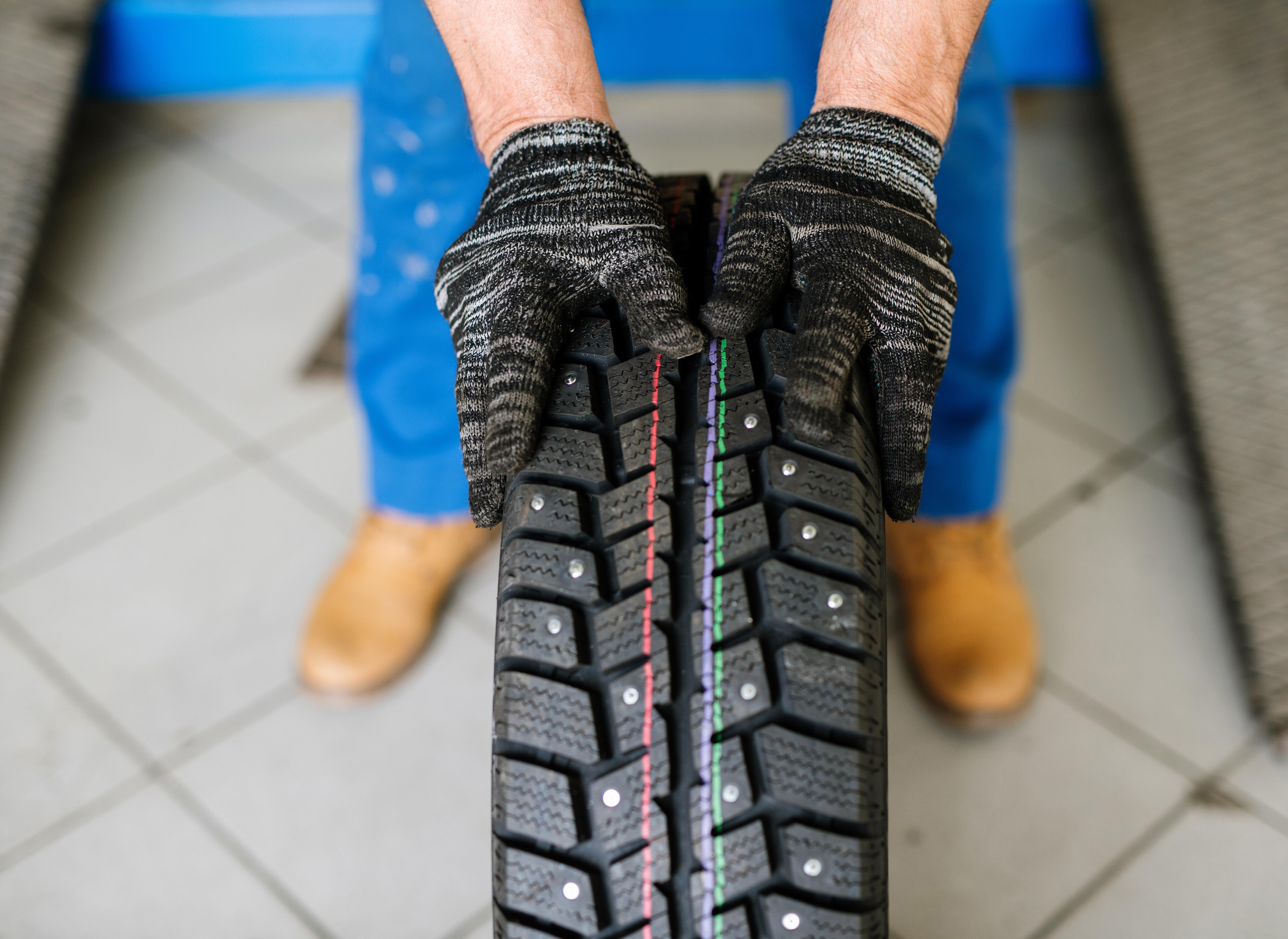 They may be the fearsome beast of the ocean but there is a lot more to sharks than their many teeth and powerful bites. These elegant creatures propel themselves through the water with ease and this is – in part – due to their unique skin texture. From far away they may look sleek and smooth but – if you’re ever get the dubious pleasure to get up close to a shark, you’ll see that its skin is rough, like sand paper, and made up of thousands of miniature interlocking teeth. These teeth – or dermal scales as they’re known – push water down the shark’s body, minimizing drag and helping them to be the fast, efficient hunter we know. The tire company – Uniroyal – took this concept and applied it to its tires. By adding dermal scale-like grooves on its tires the company was able to make tires that prevent liquid turbulence and quickly expel water from beneath them. This allows drivers to go through puddles without losing contact with the road – reducing aquaplaning and making for a safer more efficient ride. 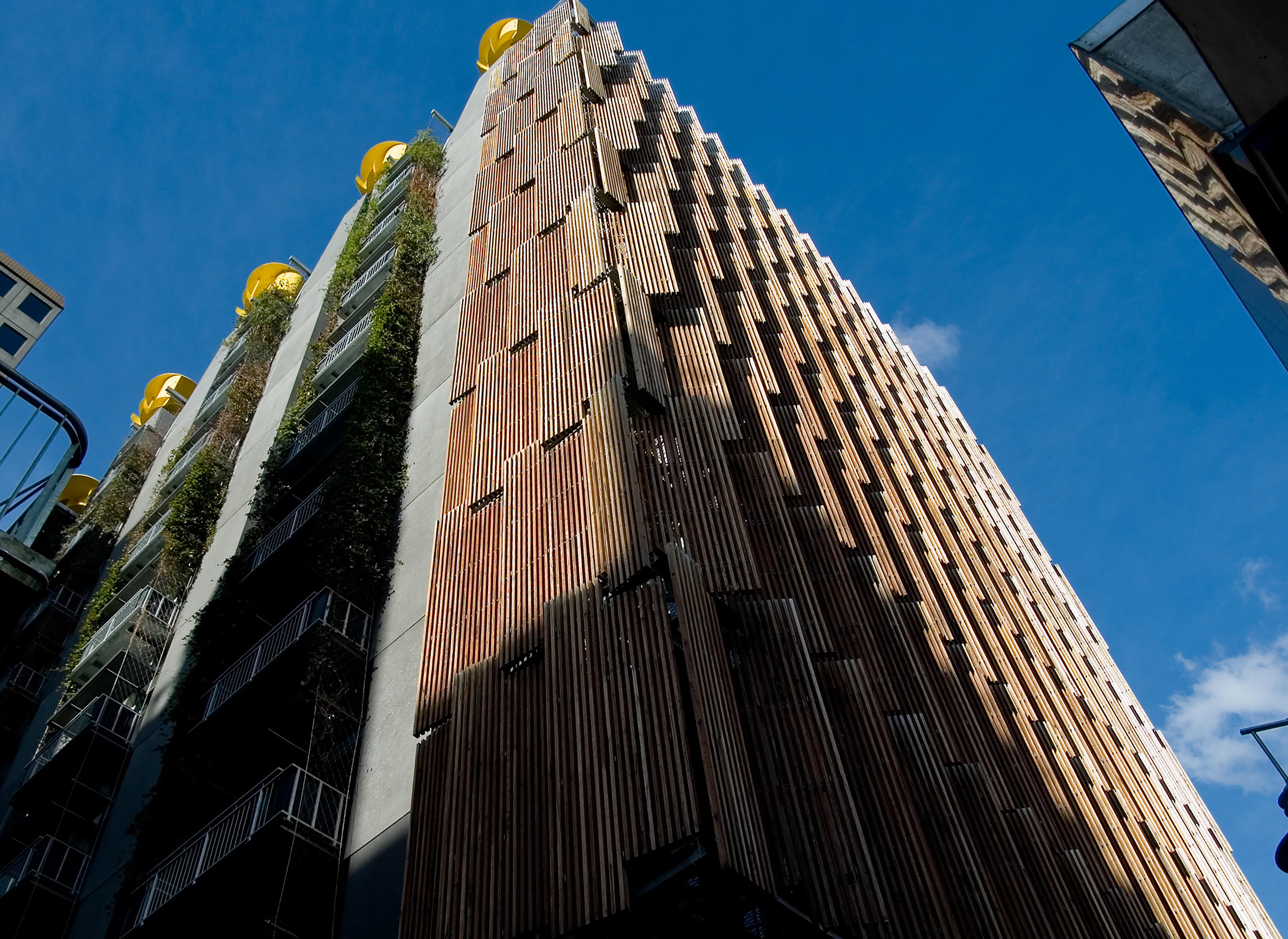 When you picture a high-rise office building you probably imagine a steel box enclosed by glass. Well, that’s not the case when it comes to the Eastgate Building in Harare, Zimbabwe and the Council House 2 (CH2) Building in Melbourne, Australia. Both of these building were designed by Mick Pearce and he got his inspiration from the work of a tiny architect – the termite. Pearce took the shape, orientation and ventilation design for these buildings from the ingenious structure that the Australian and African terminates create. The Australian termites produce boat-shaped north-south orientated mounds which protect the larger surface area from direct sunlight. While the African termite uses an intricate system of holes at the bottom and top of their mounds to create airflow and keep the internal temperature of the mound at a steady 30 degrees C – even when external temperatures fluctuate between 40-50 degrees. Using these concepts Pearce created buildings that absorb the heat of the environment and human activity during the day in large rock basements, which are then ventilated and cooled at night, creating a convective airflow cycle. The Melbourne City Council estimates that the CH2 achieves an 80 percent reduction in typical energy uses thanks – in part – to this cooling system. 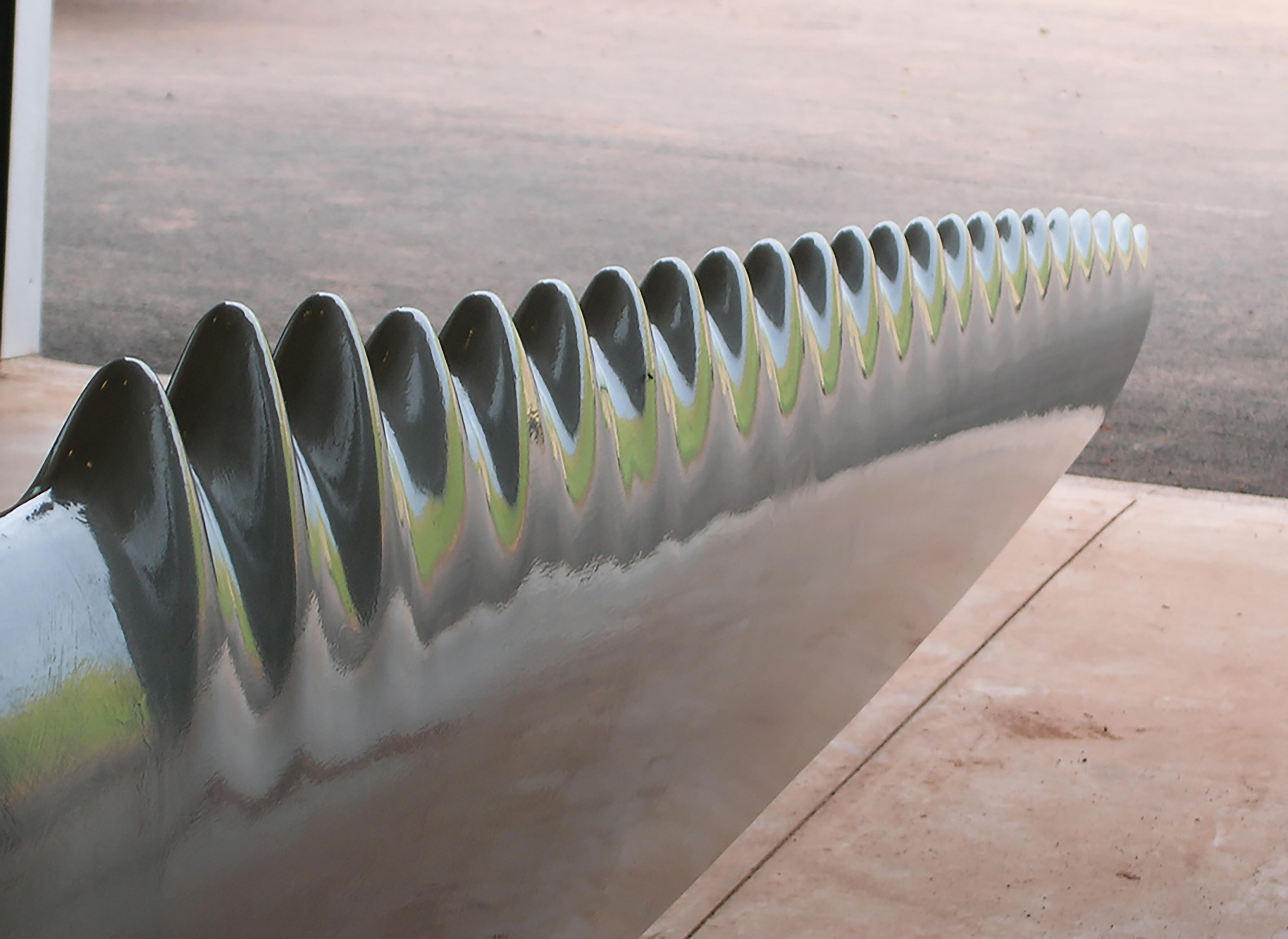 Humpback whales are exceptional creatures. Despite weighing 40 tons and being up to 18-metre-long, these whales turn is tight circles whilst exhaling air to create bubble nets with diameters of 1.5 meters to trap their shrimp-like prey. To achieve these impressively tight turning circles these giants have a unique feature on their flippers called tubercles. These tubercles – large, irregular bumps on the leading edge of the whale’s flippers – help break up water as it passes over the surface of the flipper. By breaking up the water flow the bumps stop small whirlpools forming around the flipper, which would otherwise slow the creature down and cause it to stall. The same concept has been u`sed to create more aerodynamic wind turbine blades. Testing the concept in a wind tunnel – on blades with and without leading-edge tubercles – demonstrated the fluid dynamic improvements tubercles make. The results are a staggering 32% reduction in drag, 8% improvement in lift, and a 40% increase in angle of attack. A company called WhalePower is applying these lessons to the design of wind turbines and fans of all sorts – industrial ceiling fans and other HVAC systems, computer fans, etc. – to improve their efficiency, safety, and cost-effectiveness. 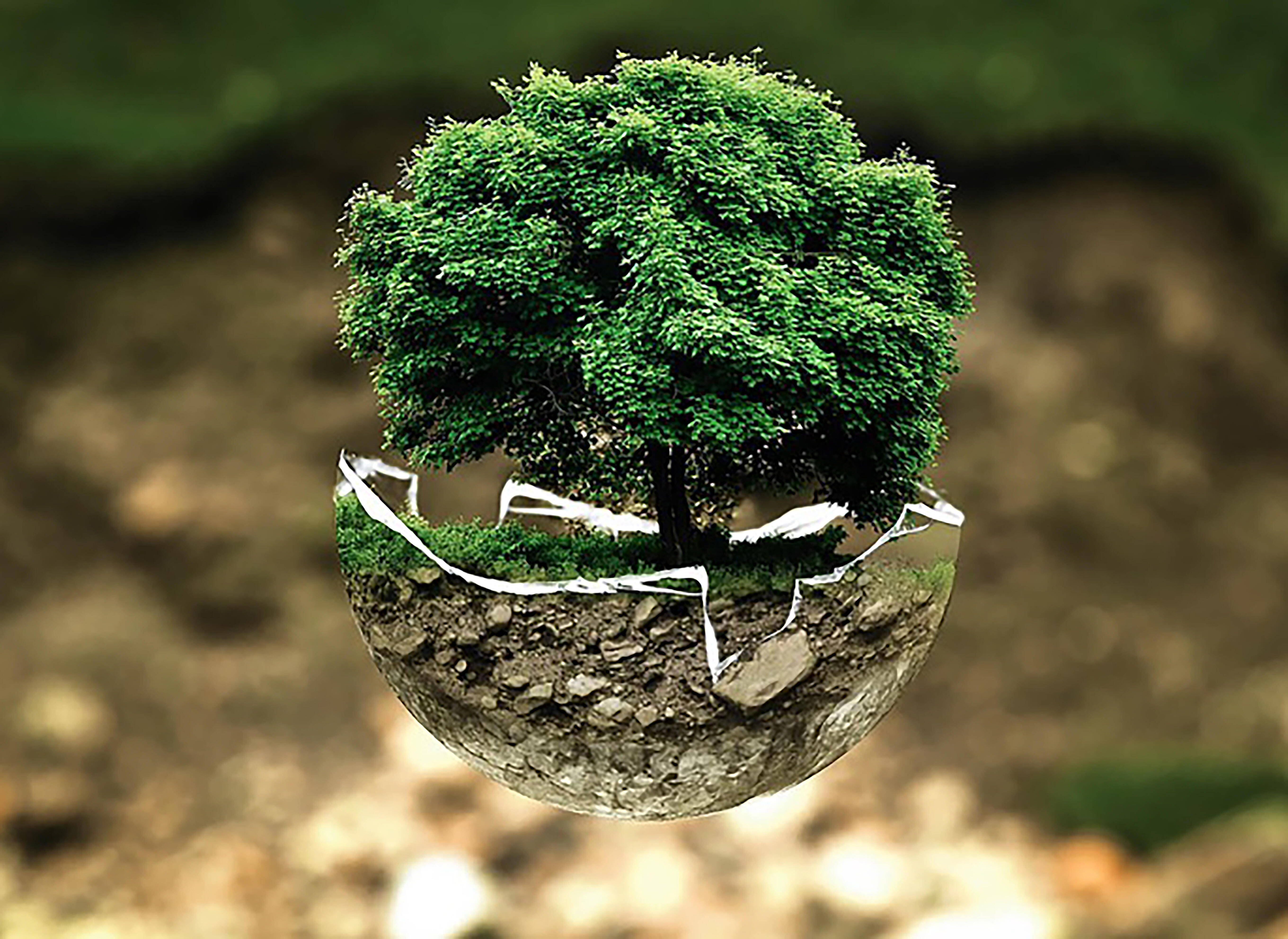 As opposed to the linear economy the basis of a circular economy is a zero waste system where everything produced and consumed is returned safety to nature or society. Ultimately, this is nature influencing the way we design everything. The natural environment is, itself, a circular ecosystem. Everything relies on other processes and the by-products of those processes. Dead organisms are broken down and used to produce new living things. In this way nothing is wasted. The circular economy concept takes this idea and applies it to the way we design, build, consume, use and deconstruct. But to utilize the whole value-chain requires a change in attitudes and close collaboration. One movement supporting collaboration between researchers, key industry players, and environmental specialists is the Construction Climate Challenge, an initiative hosted by Volvo Construction Equipment. Here, different groups come together to share knowledge, costs, risks – and ultimately the benefits – of working collaboratively to develop new innovative ways to create circularity within the value chain in the construction and procurement industry. Presenting their experience demonstrating efficiency and associated cost savings helps advance new ways of working within the construction industry.

There is a long way to go but one thing is clear, conventional design methods and processes with existing materials have plenty of scope for improvement – and nature has a lot of clues for us to learn from. Using Mother Nature as inspiration, we can redesign products, infrastructure and policy in an integrated way if we are to build a better tomorrow. Fundamentally, we need to start thinking of waste as a design flaw.