Will Automation Ever Take Off In Construction?

Increasing automation is met with excitement and fear in equal measure. But the benefits for mankind of autonomy are enormous, says Professor Paul Newman, Co-Founder of autonomous vehicle software company Oxbotica, and a professor based at Oxford University in the UK.

Volvo’s prototype autonomous hauler the HX02
Professor Paul Newman is Co-Founder of Oxbotica, the autonomous vehicles software company, as well as the Director of the Oxford Robotics Institute. He is also the BP Professor of Information Engineering at the University of Oxford, UK, and inventor of techniques that allow machines to know where they are, what surrounds them and what they should do next. Speaking on behalf of Volvo Construction Equipment, he tells us what automation might mean in terms of construction equipment.

What is driving the urge to automate functions in construction equipment?

It’s fundamentally about supercharging humans. It is about humans doing more because machines can do more – because of the way they operate.

What needs to happen to make this possible?

The way machines and vehicles operate is already changing. But for full autonomy we need to trust machines to be able to operate safely and effectively by themselves, with no dependence on infrastructure, no dependency on any external systems, no beacons, no cables, no markers, no white lines, no dependency on roads, not even dependency on GPS. When this is achieved all machines can work better for us. 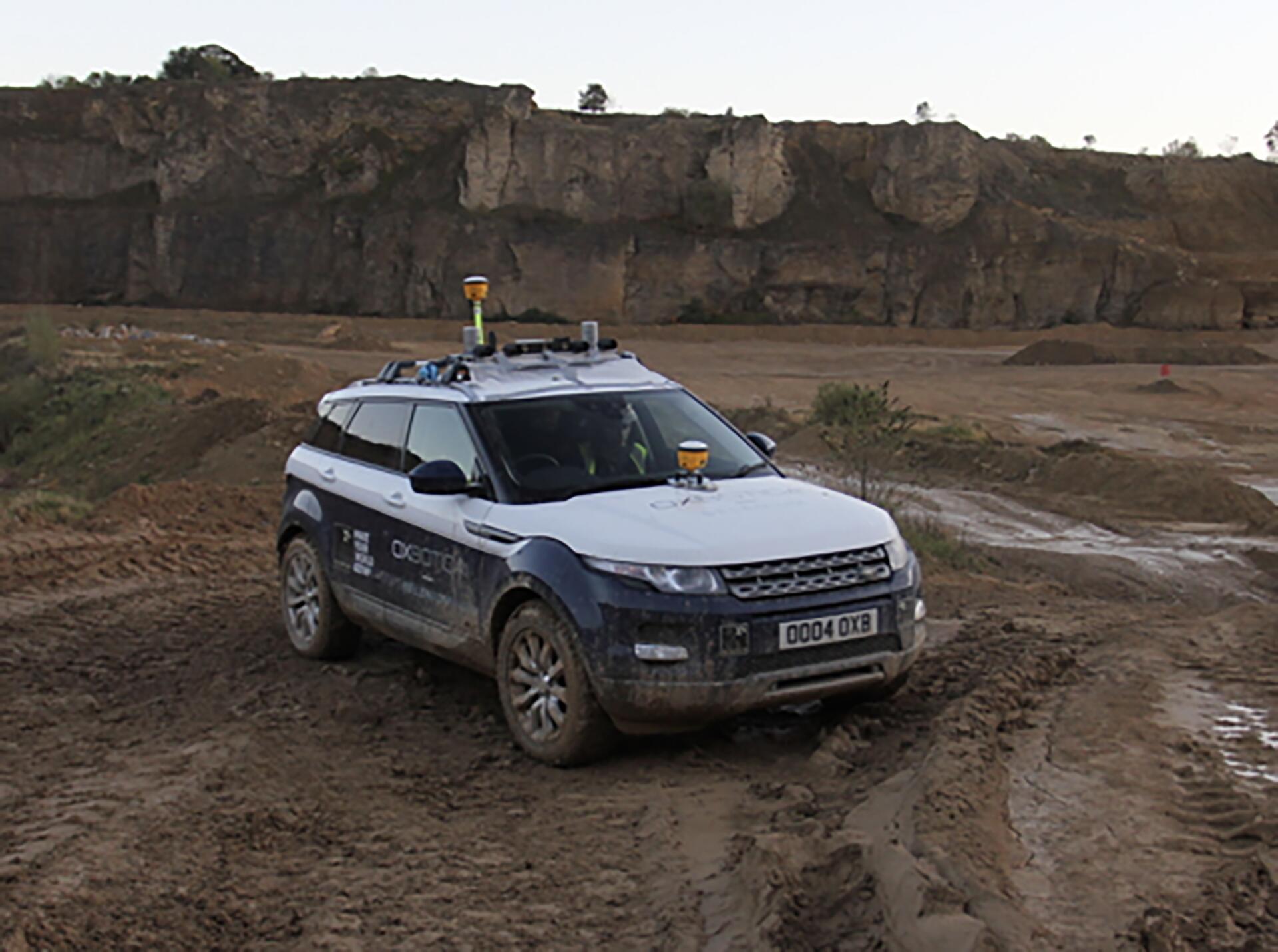 Self-driving technology is an ‘enabler’, says Professor Paul Newman.
It’s the software. Sensors are important and there’s lots of interesting sensor technology coming through. But the golden stuff is the algorithms. The way in which machines can understand space, the structure of space, the work space. How things are moving, what’s in them, the ability to take various sensor streams and for the machine to say: ‘Aha! I know where I am, what’s around me, and what I should do next’. Those are the three pillars of autonomy and get answered by software and algorithms.

Will these systems allow machines to be intelligent and self-learning?

Of course. It would be hard to do it any other way. Machines can learn, they have the optimization, the estimation and the algorithmic ability to operate at high speeds and in the real world. The ability to process streams of data from multiple sensors and think about redundancy and safety all at the same time. That’s the greatest thrill of working in this area – getting robots and machines to work out in the wild, in the mud, in the rain and in the glaring sun.

When will we have autonomous construction machines?

That’s not such a simple question to answer. We are a long way away from being able to produce a machine that can work in all places, at all times and in all applications. But for clearly understood and defined applications we are able to install, train-up and deliver machines today.

Will autonomous machines be safer?

Safety could be the number one advantage of autonomous machines. Today one of the highest causes of construction deaths is people being struck by construction equipment. That’s not okay, so we can create ‘guardian angel’ features that work in cooperation with human operators and simply say: ‘I’m just not going to let you hit anyone’.

So, no accidents at all with autonomous machines?

In all technology, in all environments, accidents happen. And they are awful. With autonomous machines there should be very few of them, but we should admit that there will be some accidents. They won’t be the kind of accidents that happen if a human was in control. Something like 80% of accidents on road are caused by failings that computers never ever have. Accidents often caused by boredom and distraction. Autonomy can cut those sorts of accidents to zero. Computers have an inhuman ability to concentrate – they never get bored.
But the knockout blow for this technology is learning. Human operators take a long time, years even, to become expert in driving their machines. But construction vehicles can be programmed ahead of their first day on site with all the data and learnings of all other machines that preceded them. From all around the world. From every accident that’s ever been recorded, everywhere. So, an accident in Kuala Lumpur in the morning really should reduce the chances of the same accident happening in London that afternoon.

What’s the relationship between autonomy and connectivity?

Autonomous machines should be able to operate independent of anything external. However, that’s not to say that if you do have connectivity you shouldn’t use it. It’s a nice-to-have, but the point is that you shouldn’t need it in order to succeed.

I’ve got so many stories of why this is true. The answer is unequivocally, in capital letters, in flashing neon: YES.

Can you quantify it?

Autonomy will allow an operator to drive multiple machines rather than just one at a time. That’s what gets talked about most, but that’s not all. There are lots of second-order advantages that don’t get talked about. Potholes, for example, in off-road applications can cause all kinds of trouble. But the machine knows they’re coming, it knows they’re being made. So it moves slowly to the side, which means the tires last longer. The controlled acceleration and deceleration of these vehicles massively reduce fuel costs. Autonomous machines can work in complete darkness. Vehicles that are not being dispatched can turn themselves off. As these vehicles move around the site, they’re perceiving their world, but at the same time they’re doing full scale asset monitoring of the facility.

Can autonomous machines have the same skill level as human operators?

There are certain tasks that are, for the moment, beyond what machines can do. Take a very skilled excavator operator and the precise and delicate ways they control the buckets. It’s extraordinary. It’s a celebration of everything it is to have a human cortex. But actually, that same operator gets asked to do dreary and repetitive tasks – what a waste of that super brain. We might say there are things which we would want humans to do, and others that a machine can do ceaselessly in the middle of the night in the dark. It’s about empowering the genus of the human brain by taking away the monotonous tasks.

So autonomous machines don’t have to be the enemy?

What about job losses from machines no longer needing operators?

In the 1970s people feared that computers were going to take everybody’s jobs. Now look at all the jobs computers have created – we’ve got the best employment ever.
Jobs will change and new roles will be created gradually over time, there won’t be a big bang changeover. So, in construction and mining we’ll have whole crews of people who are upskilled to look after the autonomous machines.

Can anything stop the rise of the robots? 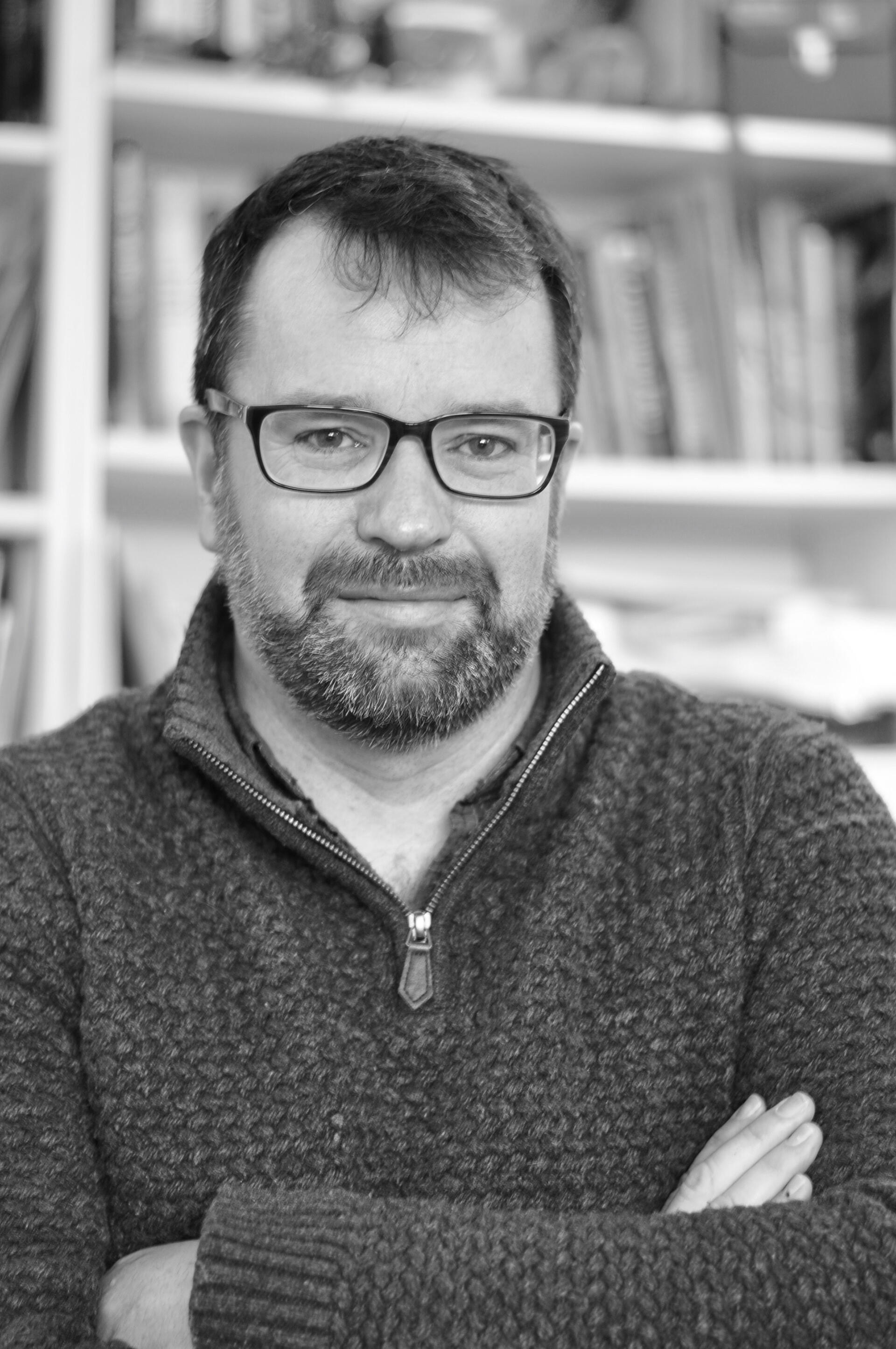 Machines and humans will work together for some time to come. There are places where machines will think: ‘This is really tricky – I need you human’. And the human goes: ‘I got it’. It’ll be a long time before anything comes near to the extraordinary skill of a human being. But then there are some roles that are simple and repetitive worksite tasks that autonomy systems can do better and more safely.
Editors note: Professor Paul Newman is co-founder of Oxbotica, the autonomous vehicles software company. He is also the Director of the Oxford Robotics Institute and the BP Professor of Information Engineering at the University of Oxford, UK.
Professor Paul Newman, Co-Founder of Oxbotica.
Downloads