The connectivity ecosystem is growing. Here we take a deeper look at the top five components that are helping machines do more.

Gone are the days when the quality of a job was down to the performance of the machine and the skill of the operator alone. Nowadays advanced machine control systems can help improve the quality and reduce the time it takes to conduct a whole array of construction site activities – paving, loading, hauling and especially digging. But how do they work? Here are the top five components making machine control systems a reality. 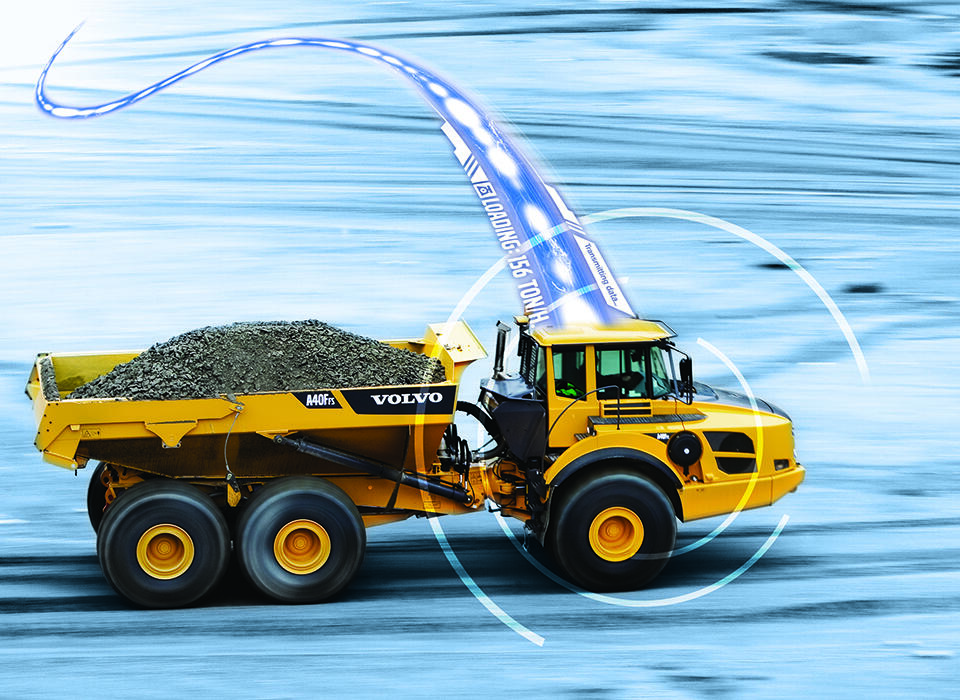 Volvo machines are equipped with sensors to measure data points.

An inertial measurement unit (IMU) is an electronic device that measures and reports the specific force, angular rate, and sometimes the orientation of the thing it is attached to – for example, a bucket, boom and arm of an excavator.

An IMU works by detecting linear acceleration using one or more accelerometers and the rate of rotation using one or more gyroscopes. Some also include a magnetometer which is used as a heading reference. Typical configurations contain one accelerometer, gyro, and magnetometer per axis for each of the three machine axes: pitch, roll and yaw. So, in the case of an excavator, IMUs know when it swings its superstructure, lifts or digs – or is on the level or on a slope.

These IMUs relay positioning information to a central in-cab computer. This can help in building up a picture of how much activity has been undertaken, as well as improving safety. For example, setting limits on how deep an excavator bucket can dig (so it doesn’t hit underground services) or how high in the air it can reach (so it doesn’t hit overhead electricity lines or the roof of a structure.) An IMU also allows a GPS receiver to work when GPS-signals are unavailable, such as in tunnels, inside buildings, or when electronic interference is present. 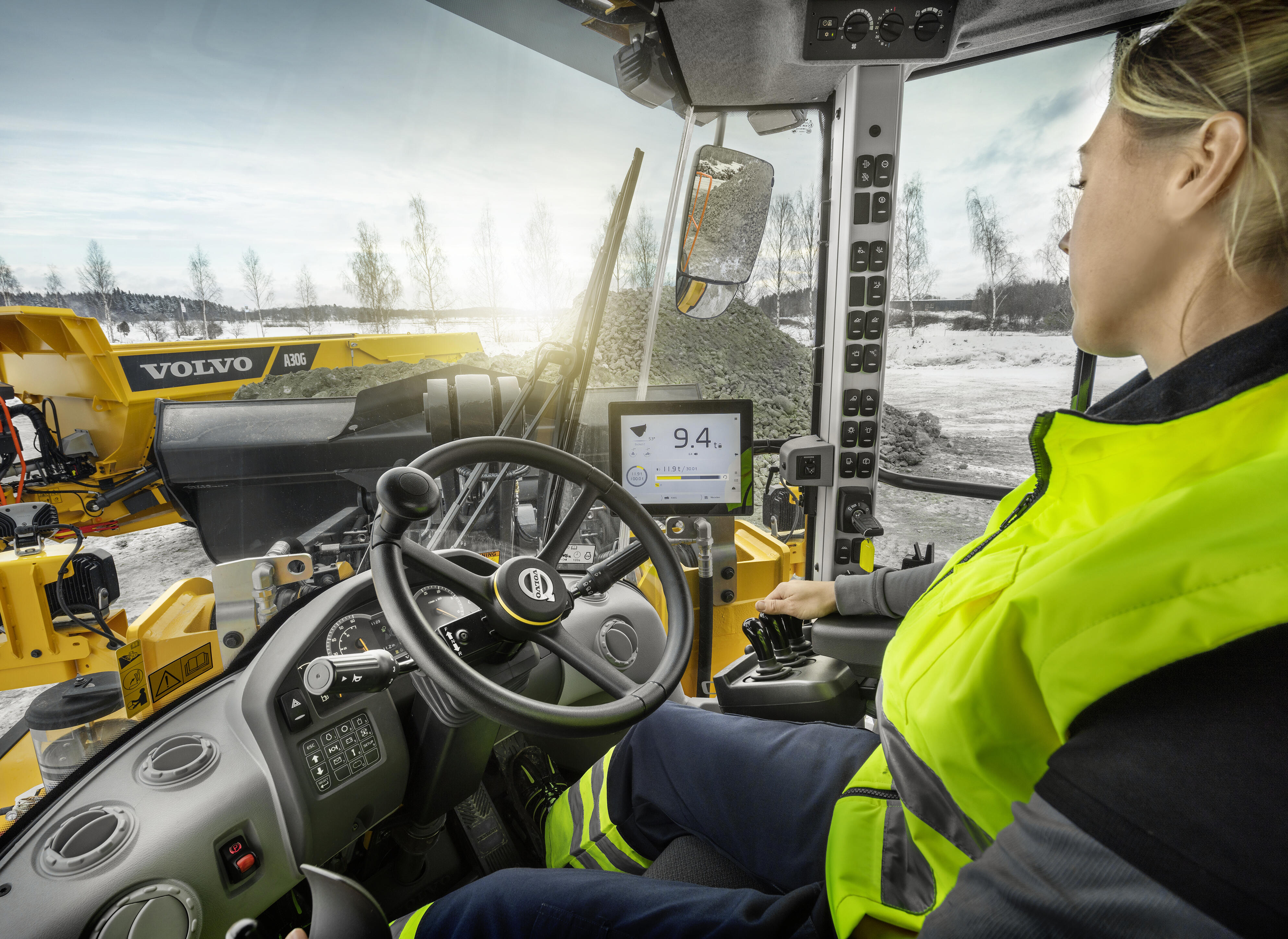 Simple and intuitive, touchscreen tablet computers allow operators to set up projects in just a few touches by selecting the required job parameters. The operator then monitors progress of the job as it gets underway, with on-screen alerts indicating when pre-set parameters are met. The tablets are often 3G-compatible, allowing for the system to automatically and wirelessly receive software updates. 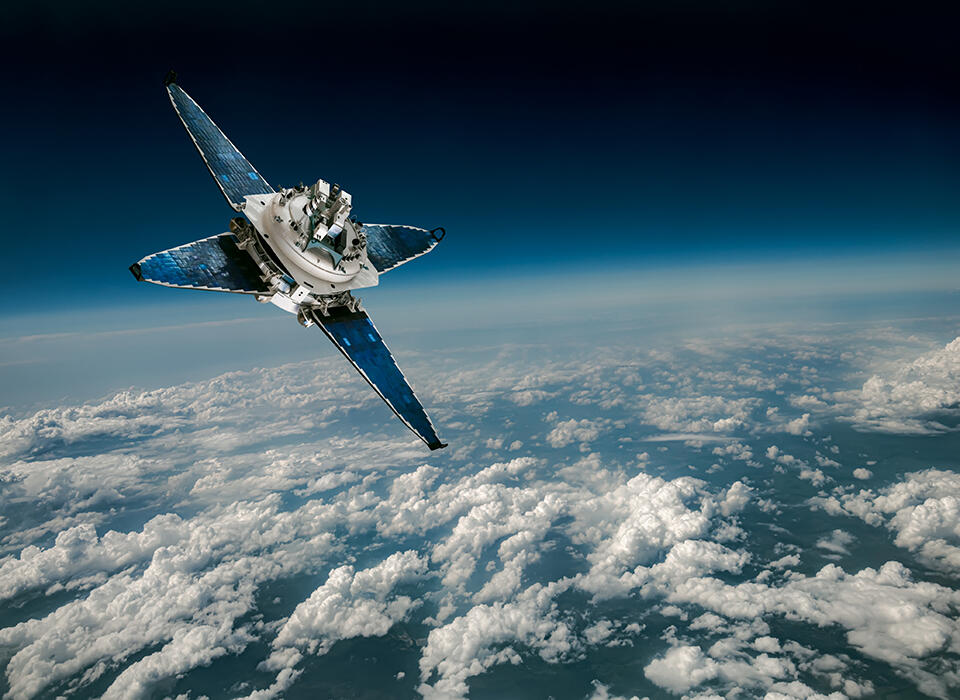 Satellites are capable of transmitting data back to GNSS receivers.

Global Navigation Satellite System (GNSS) refers to a constellation of satellites that together provide signals from space that transmit positioning and timing data to GNSS receivers. The receivers then use this data to determine location.

GNSS and Global Positioning Systems (GPS) work together, but the main difference between GPS and GNSS is that GNSS-compatible equipment can use navigational satellites from other networks beyond the GPS system. And more satellites means increased receiver accuracy and reliability.

GNSS antennas provide the reception of positioning information sent out by satellites in the orbit. A GNSS transceiver chip will process the received signals and then calculate the current position. A GNSS antenna should ‘see’ at least four satellites for the calculation to work. The frequency range for GNSS is in the 1.6 GHz and 1.2 GHz range. 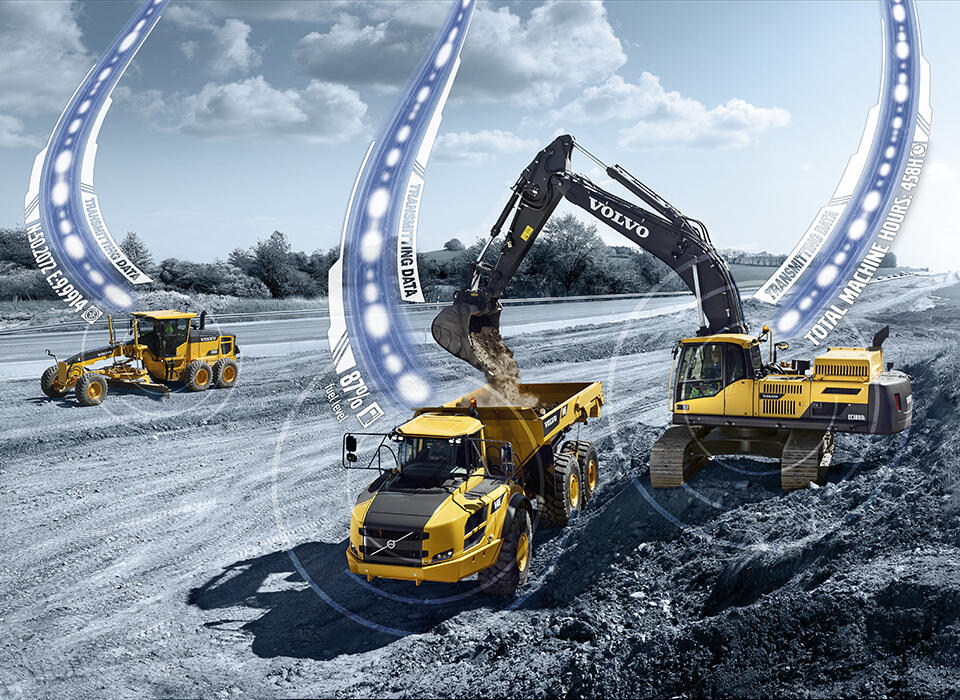 Receivers are fitted to the machine.

A GNSS receiver is an electronic device that receives and digitally processes the signals from a GNSS satellite constellation in order to provide machine position, speed and time data. 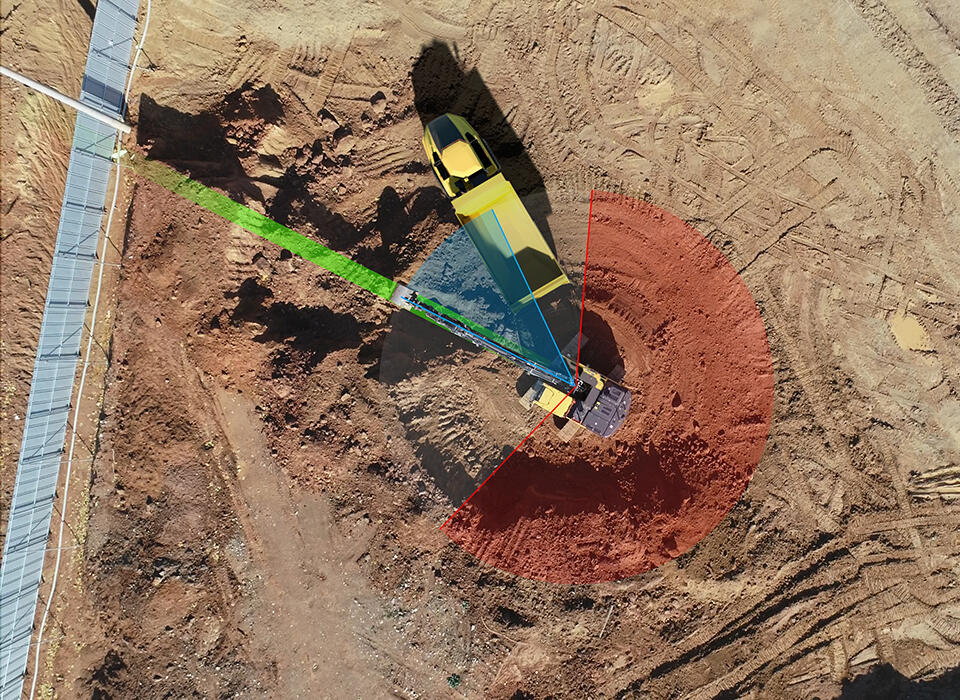 RTK stands for Real-Time Kinematics and is a technique that uses carrier-based ranging and provides much more accurate positioning than using normal GPS systems – as accurate as 1cm. The technique uses a base station to help iron out errors between the satellite and the machine.

The position is calculated by determining the number of carrier cycles between the satellite and the machine, then multiplying this number by the carrier wavelength. Even then, the calculated ranges include errors, such as atmospheric delays. To eliminate even these errors a complicated process called ‘ambiguity resolution’ is needed to determine the number of whole cycles. Despite being a complex process, high precision GNSS receivers can resolve the ambiguities almost instantaneously.