What if we could use mushrooms to warm our homes? Or use shape-memory alloys to make our infrastructure more sustainable? Volvo Construction Equipment takes a look at some of the future technology with the potential to radically transform the way we build. 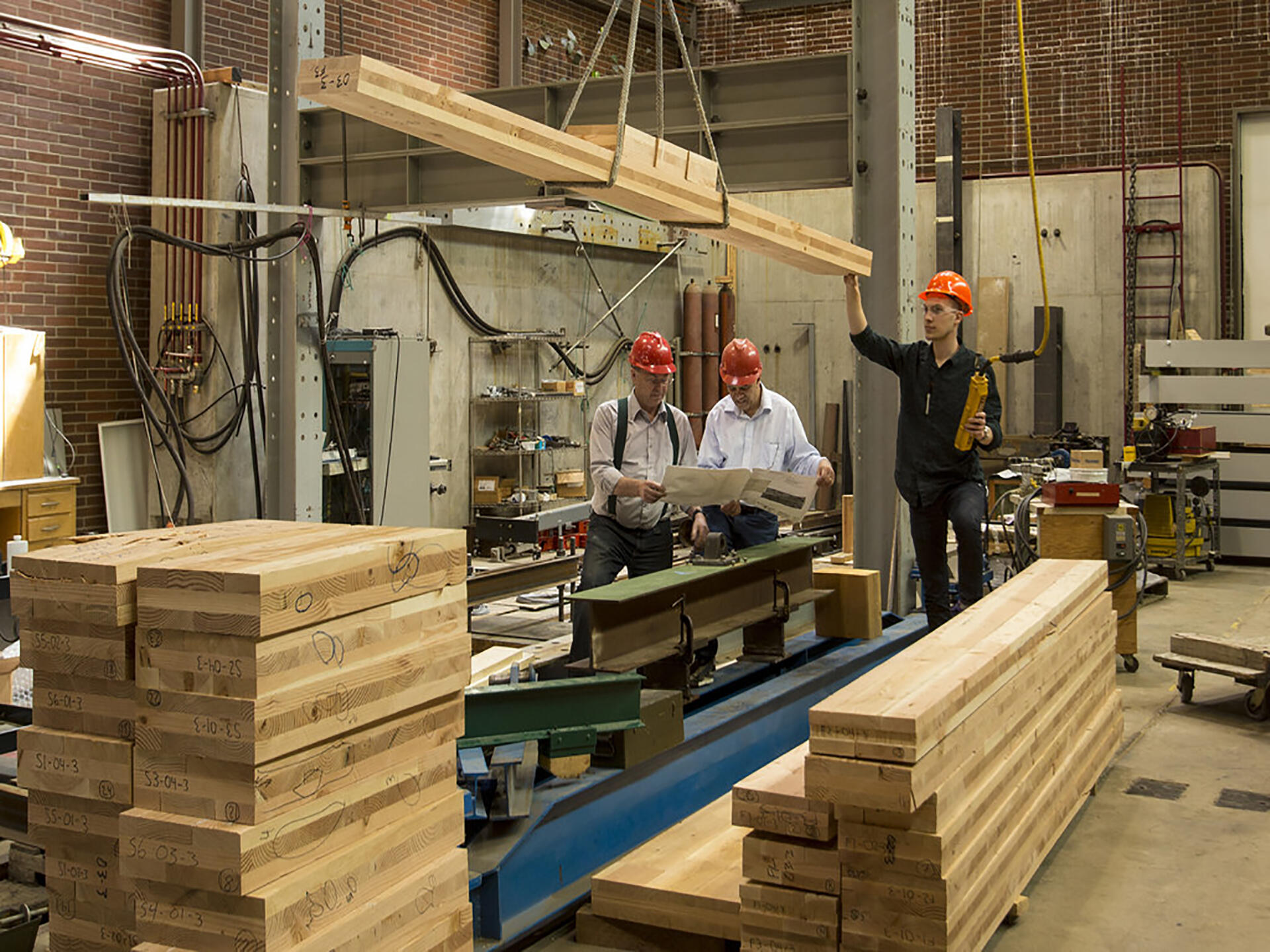 Wood has been a construction material for thousands of years and it could be making a big comeback. The strength of the wood fiber actually comes from the very thing we’re trying to reduce in the atmosphere and that’s carbon, finding sustainable ways to reduce and store atmospheric carbon in one of the major future challenges. Cross-laminated timber could be the answer. Consisting of small pieces of softwood laminated together to become a larger structure, it is glued under tremendous pressure in opposing directions to give it superhuman strength – wood affected by drought or insects can still be included in these panels without compromising structure integrity . This engineering process also allows panels to be made to measure, creating flat packed structures that can be constructed much faster than conventional material. With a lower embodied carbon footprint, its potential for off-site construction also makes it a sustainable product. Some projects could even be completed six times faster than a standard building project . According to the Economist, the strength of this layered wood makes it a suitable substitute for concrete and steel and could even be the preferred material for our cities’ skyscrapers. In fact, Portland in the USA has only recently become the home of America’s tallest mass timber structure. 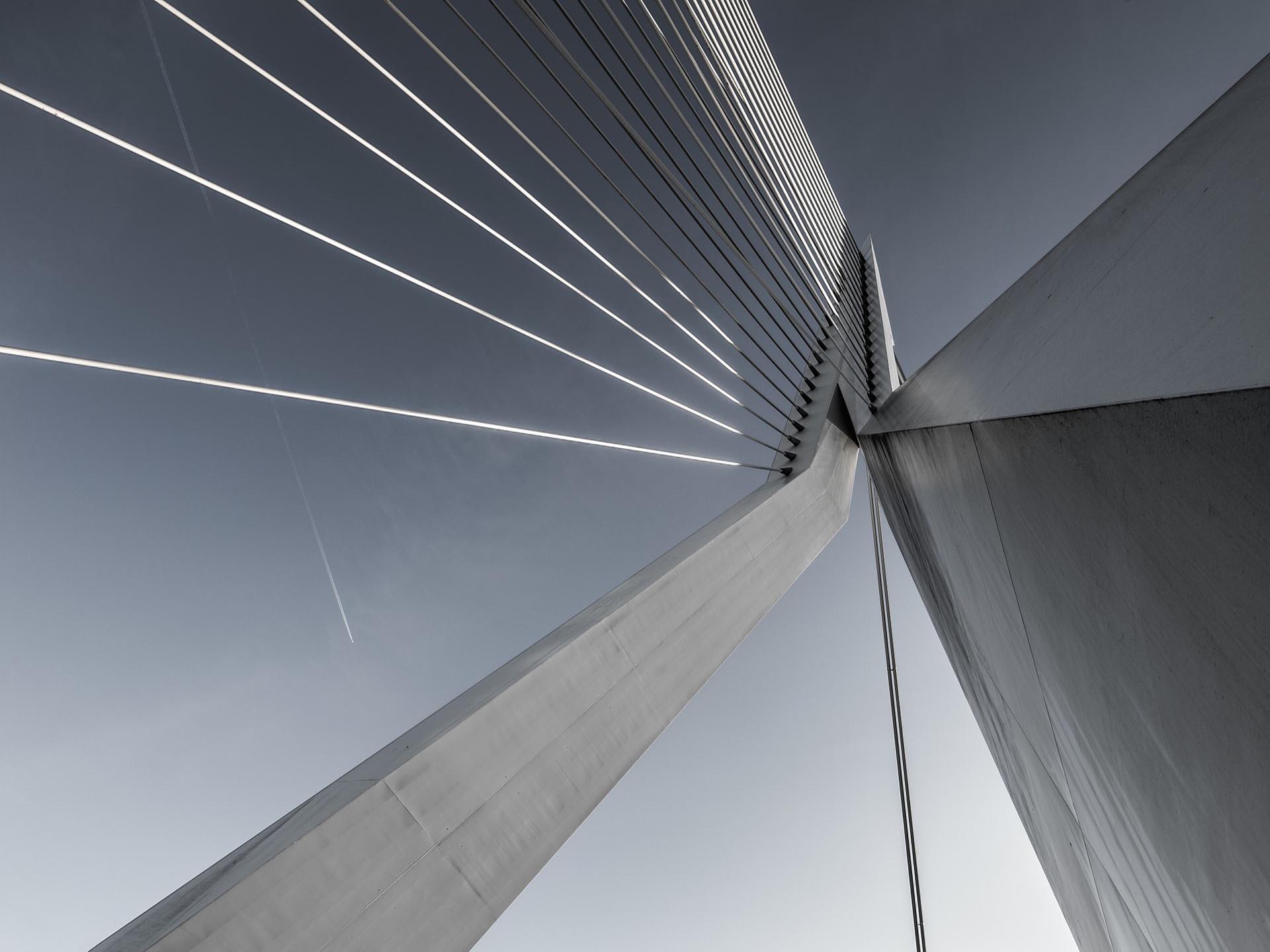 With $350 trillion to be invested solely in urban infrastructure globally by 2050, according to WWF, making use of more sustainable building materials will go a long way to help make this infrastructure as clean as possible . Memory steel is a clever material that can be used to reinforce new and existing concrete structures and could be a gamechanger for infrastructure. Consisting of shape memory alloys based on iron that contracts during heating, it permanently pre-stresses the concrete structure as it heats, which means it needs to be pre-stressed just once. Other more conventional methods require the steel reinforcements in concrete structures to be pre-stressed under hydraulic tension to improve the strength and performance of the final concrete structure – requiring not only a lot of time but also a lot of equipment and space, all of which have an impact on productivity and sustainability . Because the strengthening of existing bridges, roads and highways often provides its own limitations on space, memory steel could revolutionize not just the way we build new infrastructure but also the way we renovate older structures. 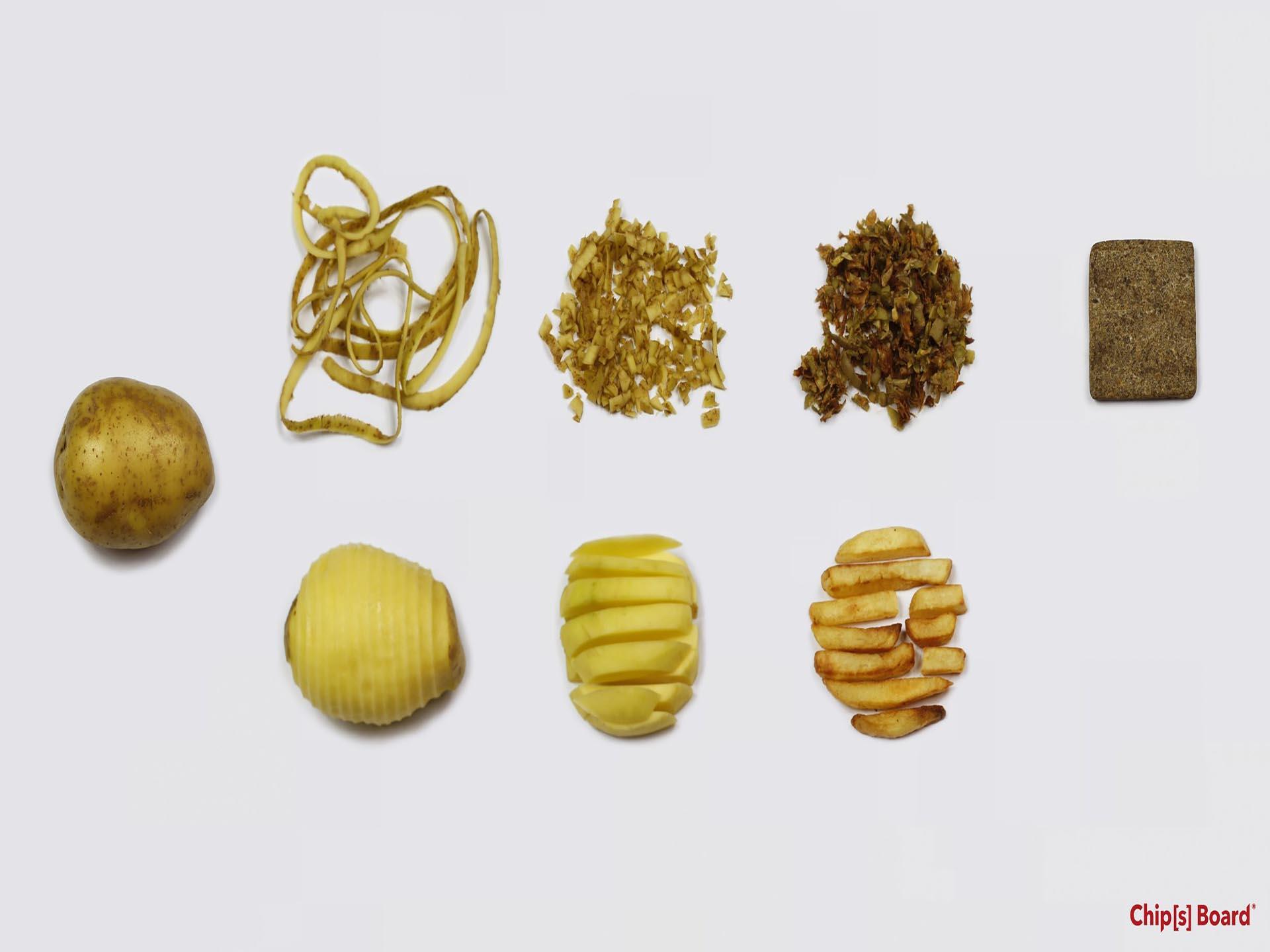 The Food and Agriculture Organization (FAO) estimates that one third of the food produced for human consumption is lost or wasted globally – that’s a staggering 1.3 billion tons a year. We need to work to reduce this in the long-run, but in the meantime, there are some ingenious solutions to turn waste into material . One such solution is a UK-based concept to create chipboard building material from potatoes. Chip[s] Board® is a revolutionary concept that creates a product made entirely from discarded restaurant potatoes scraps. Inspired by the circular economy that we see in nature, effectively where resources and waste are used again in a long-lasting environmental loop, the concept allows for needless food waste to be regenerated as a sustainable building material.

But chips aren’t the only thing on the menu. Researchers from around the world have found ways to harness the incredible potential of mushrooms for use as building insulation. The insulation is made from the vegetative part of mushrooms, known as mycelium. The process of mycelium bio fabrication works by letting the fungus from a mushroom feed on a substrate, such as sawdust. The fungus will then grow to the shape of the mold it is placed in and its growth is only halted when the fungus is dried. The final dried product can then be sanded and painted to suit its intended use . Not only is this material completely natural and biodegradable, but it massively reduces a building’s embodied and operational carbon footprint. Because the material is naturally self-extinguishing and air purifying at the same time, it actually removes carbon from the atmosphere and becomes even stronger in the process. This innovative material could be used in the construction of anything from airports to houses. 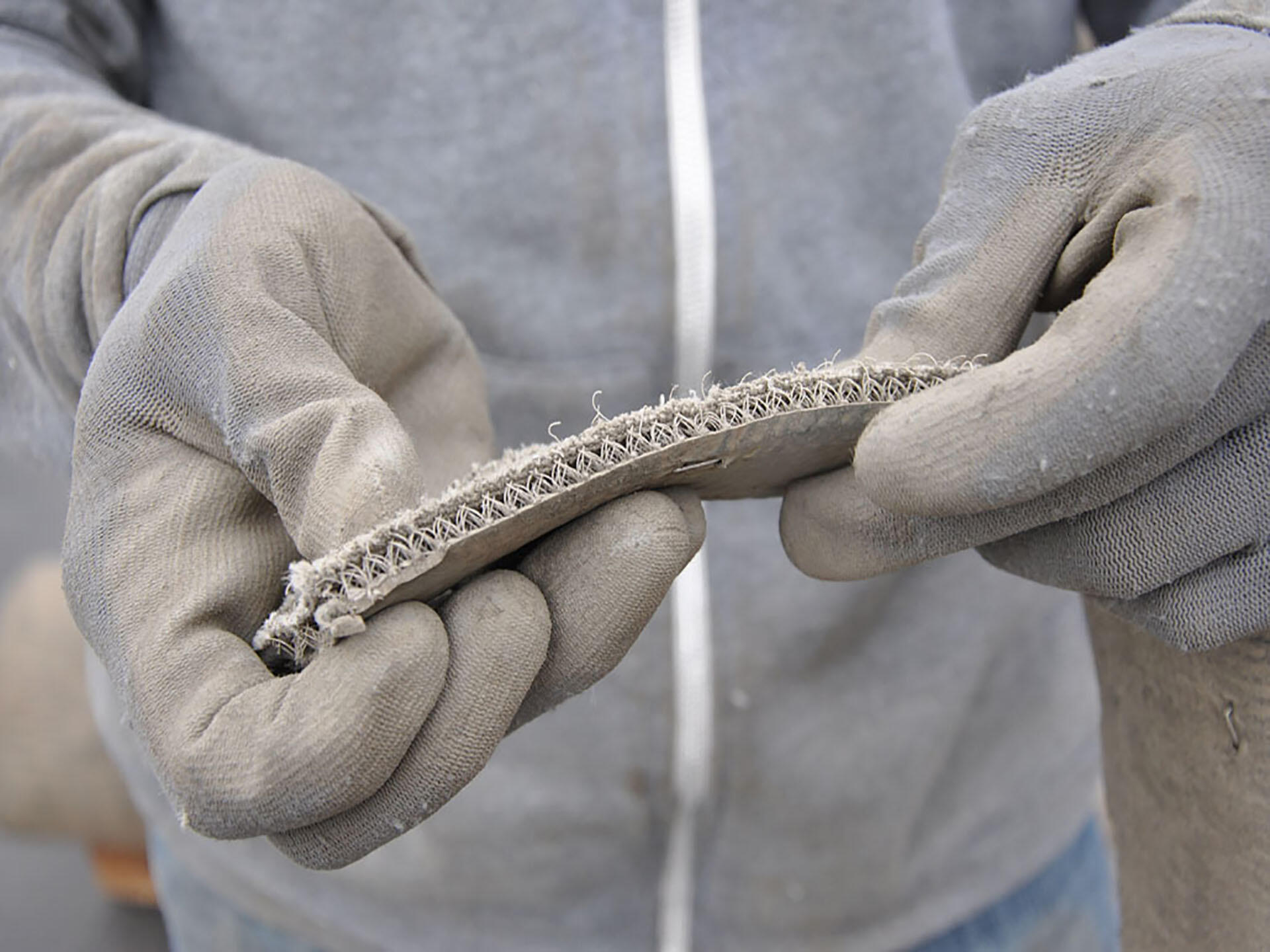 Cement accounts for 5% of global carbon emissions – yet is still one of the most widely used construction materials . It’s mainly comprised of limestone, calcium, silicon, iron and aluminum and is the binding factor in concrete, but the recipe for the future is adapting to our need for sustainable alternatives. DB Group, for example, has created zero-cement concrete Cemfree that can save up to 88% in embodied CO2 compared to a conventional mix – all without compromising strength . And then there’s Concrete Canvas, a flexible, concrete impregnated fabric that hardens when exposed to water to form a thin, durable, water proof and fire-resistant concrete layer. The material comes in batched rolls and can be speedily laid up to 10 times faster than conventional concrete. And not only does it cut down on construction time and cost, it is also a low mass, low carbon technology that uses up to 95% less material than traditional methods . Both of these novel materials are already being used in the building of infrastructure around the world. Anglia Water in the UK became the first water company to use Cemfree in 2017 and Concrete Canvas has been used to create storm drains and build emergency infrastructure following natural disasters. 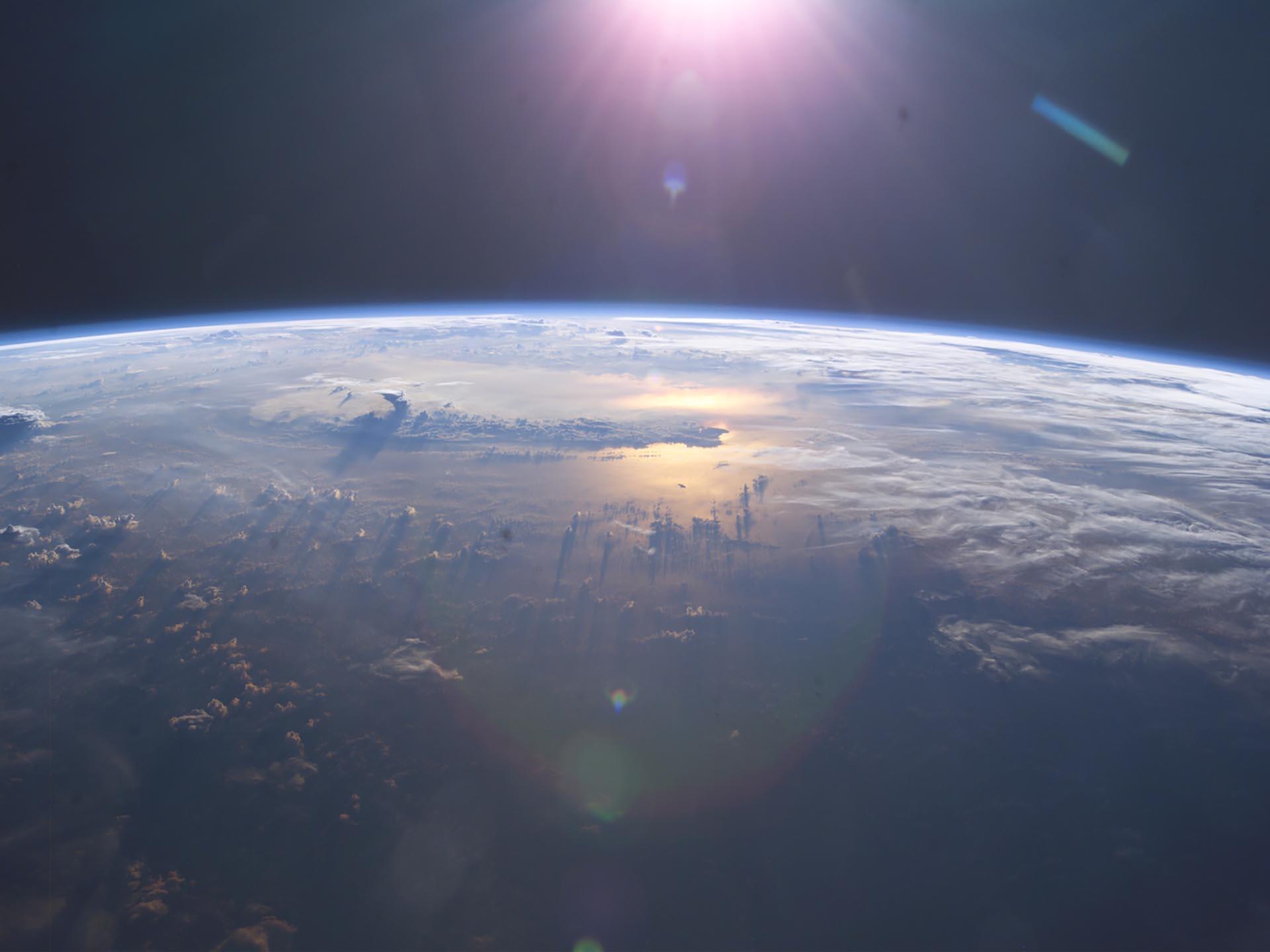 Some materials might seem out of this world, but this one is actually created with the help of aeronautic scientists. Developed by NASA offshoot PURETi, and in partnership with Neolith, a new building façade material has been created which literally cleans the air around it. By removing free radicals and other pollutants that come into contact with its photocatalytic surface, it has the benefit of reversing pollution and improving air quality at the same time as keeping surfaces clean. In laboratory tests this material has been shown to reduce potentially harmful nitrogen oxide levels by up to 70-80%. According to its creators, just 4 m2 of this material has the capacity to reduce the same amount of nitrogen oxide pollutants produced by a car over a whole year . If we can adopt these kinds of resourceful solutions, we can reduce and maybe even reserve the effects of global pollution.

Image 1: What are the sustainable building materials of the future?
Image 2: Cross-laminated timber has a lower embodied carbon footprint.
Image 3: Memory steel could be a gamechanger for infrastructure.
Image 4: Chipboard makes building materials from discarded potatoes.