Mining in Chile: connecting at a deeper level

As copper mining in Chile continues to thrive, the search for more efficient, productivity-boosting processes becomes all the more crucial. Connectivity could be the solution.

Developed during the 20th century, Chile’s growing mining industry has kept the country firmly at the top of the copper production league table. It now represents 10% of the country’s total GDP and there are more than 30 large operational mines in Chile. Volvo Construction Equipment (Volvo CE) machines are present in almost half. The rich mineral deposits have become such a significant commodity for the region – and such an expensive material to extract – that public mining companies are always on the look out for cost-cutting measures that can also boost output.

With greater efficiency in mind, one of the biggest mining companies in the world, Codelco, is now looking to Sweden – and projects such as Volvo CE’s 5G underground mining test pilot – to set the example of finding innovative ways to reduce costs and increase capacity.

Rafael Nieweglowski, Volvo CE’s Director of the Southern District in Latin America, says: “Automation and electromobility are clearly important enablers to making mining safer, cleaner and more productive. But mining companies are increasingly looking at connectivity as having the biggest potential impact on the way they work.”

In mining, machines are often set to work far underground, some as deep as one kilometer. So having a strong mobile connection is vital to keep machines ‘talking’ to one another at subterranean levels. A robust wireless connection will also allow for remote monitoring to predict when maintenance is required, oversee the productivity of the entire operation, maintain optimum machine uptime and, most importantly, cut costs.

In practice, remote monitoring with real-time data means it is possible to see, for example, if a machine might be consuming more fuel than the others despite performing exactly the same tasks in exactly the same conditions. If the cause is that an operator is not using the machine in the correct way, then the system knows this and instructs managers to carry out appropriate training. This then leads to reduced fuel consumption, reduced costs and early prevention of a problem that could have escalated over time. 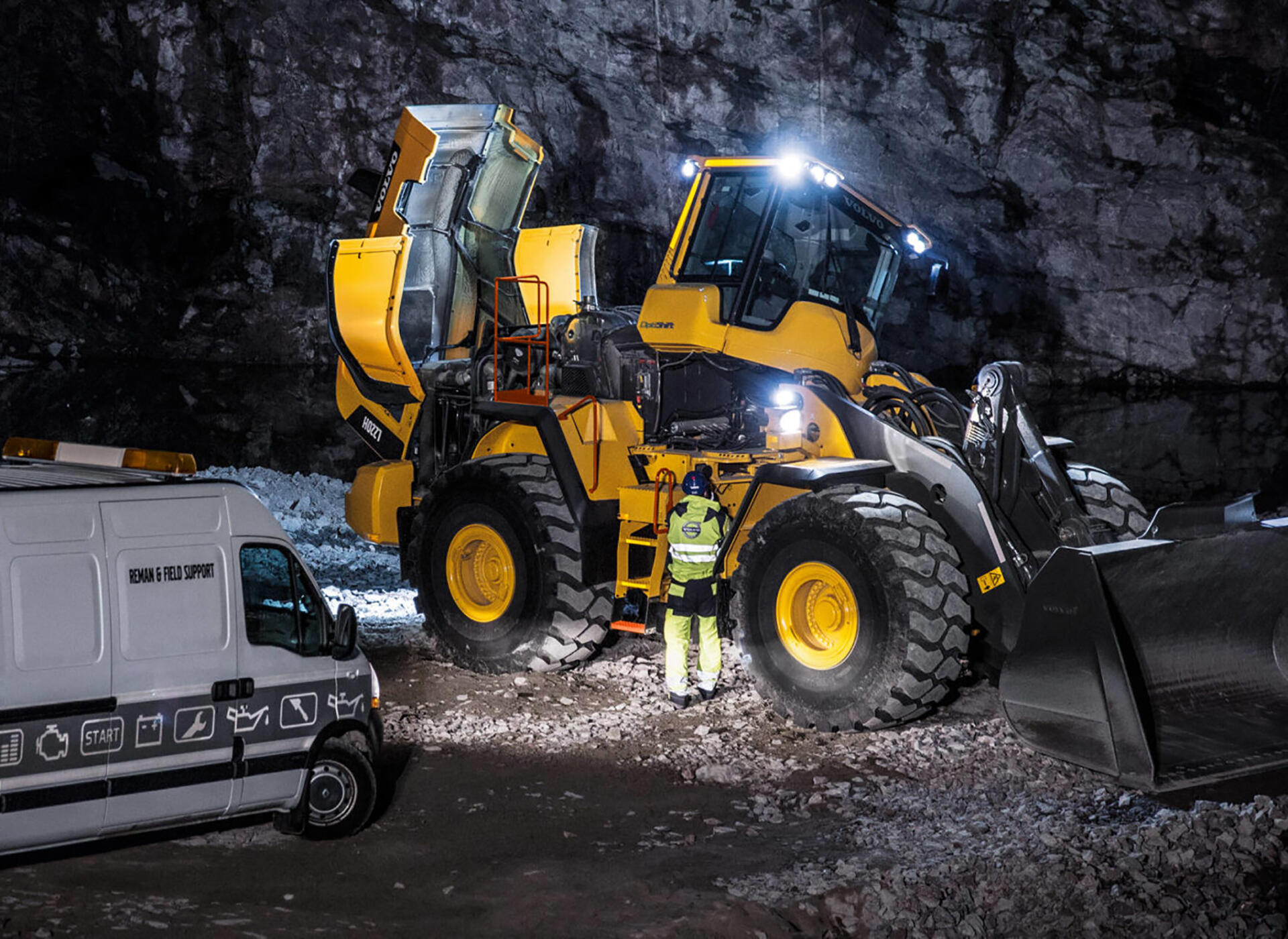 Wheel loaders are the machine of choice for loading copper inside the mines.

Rafael cites another key benefit for connectivity in mining. “If a machine breaks down inside the mine, it stops the operation not only because that machine can’t work, but also because the routes in and out of the mine are so tight that other machines cannot pass. At Volvo CE, we have an advanced telematics system called CareTrack to predict machine failures like this, but the main challenge now is how to keep 100% connectivity all the time. That is why we need 5G.”

How low can you go?

He is referring to the ongoing work by Volvo CE to explore how 5G can help improve connectivity – one of the only industrial manufacturers to test the new mobile network before it is available to the public. But it is not the company’s first journey into 5G. Over a two-year period, Volvo CE worked with companies including ABB, Boliden, Ericsson and Telia to develop 5G mobile communication at a mine in Sweden as part of the Pilot of Industrial Mobile communication in Mining (PIMM) project. Here they tested a concept remote-control wheel loader capable of operating more than 1,312 feet underground.

While 5G connectivity is still in its infancy, Codelco is keen to explore 5G’s potential to streamline their operations in copper-rich Chile. The company is currently working with Volvo CE and the Chilean offices of Business Sweden and the Swedish Embassy to discuss how best to implement 5G solutions into the mining sector in the coming years.

Chuquicamata in Chile is the world’s largest open pit copper mine.

“5G is essential for achieving the full value of digitalization,” says Rafael. “Progressive industries like mining are acting now so that they can work out new business models and explore the best fit for it within their sectors. We have the software, we have the intelligence – what we need now is a reliable connection so that we can access data in real-time, all the time.”
Wheel loaders and articulated haulers are the machine of choice for most mines that Volvo CE operates in – and 100% of those machines are fitted with CareTrack. In general there could be more than 30 machines operating at the same time inside each mine: wheel loaders loading the rocks and articulated or rigid trucks taking the material out. This repetitive cycle offers the perfect place to experiment with connectivity. Which is why 5G has become almost as hot a commodity as copper. 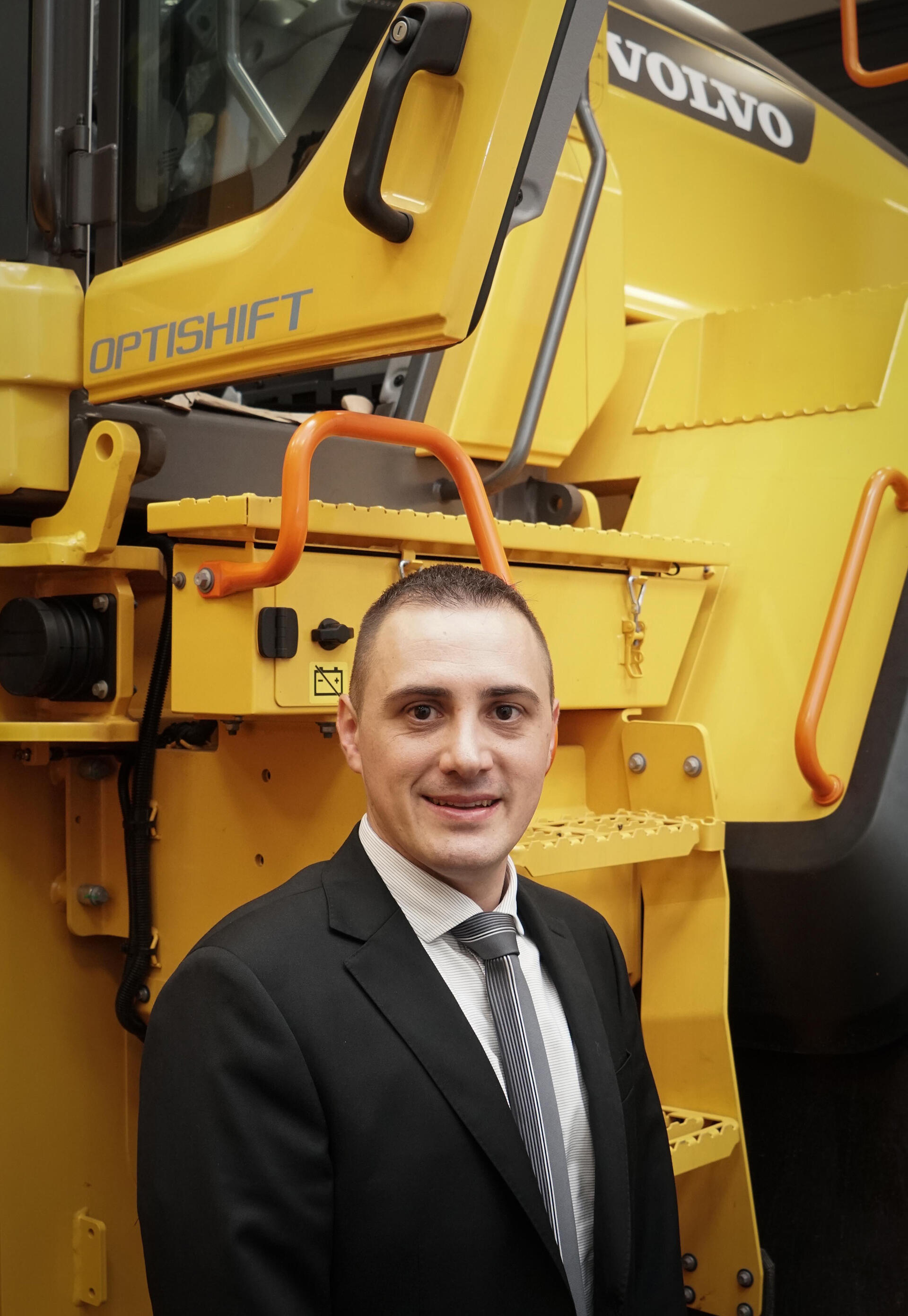 Rafael Nieweglowski is Volvo CE’s Director of the Southern District in Latin America. He is responsible for commercial management and support for the distributor network in Chile, Argentina, Uruguay, Paraguya and Bolivia. For 16 years at the Volvo Group, Rafael held the position of Commercial Manager of Volvo CE in Chile, one of the company’s main markets in the region. Prior to that, he held various leadership positions in different functions across the company.