An eco-city for the future: ready to rise

With 90% of the infrastructure now completed, the eco-friendly Lusail City is starting to blossom in the desert of Qatar – just like the local flower it is named after.

Like the desert flowers that lie dormant in the sand for years and then burst suddenly into life when the rains come, the environmentally smart city of Lusail in Qatar has been building momentum and is now about to come alive. Hundreds of construction machines of all sorts – many of them from Volvo Construction Equipment – and a workforce of over 40,000 people, have been on site day-and-night for more than a decade, forming, shaping and establishing the essential ingredients that an entirely new city in the desert requires.

By the start of 2019 it was reported that 90% of infrastructure for the 38 km2 new coastal city on the outskirts of Doha was completed. This has been a colossal undertaking involving moving millions of cubic meters of sand, earth and rock in order to create new coastline features, an entirely new power network, not to mention state-of-the art water and waste treatment plants, a 33 km light transport system and underground pedestrian tunnels.

One important climate-friendly feature – especially so in a country where temperatures can exceed 50 degrees Celcius – is a district cooling system. Incorporating 175 km of piping, the system is expected to save an estimated 200,000 tonnes of CO2 emissions annually. Six main roads now link the city – which connect to Doha in the south, to the Lusail Highway in the east and north, and connect to the Al Khor Highway in the west. 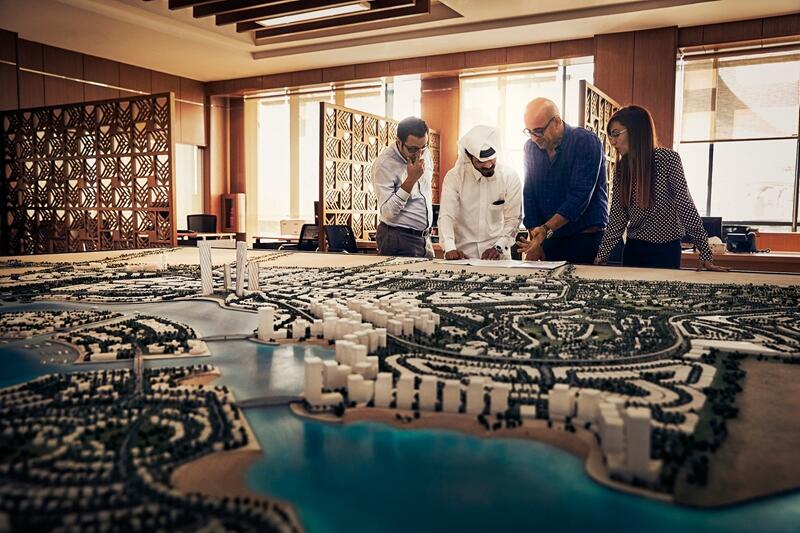 The city is set to serve as an example of eco-cities.

Abdullah bin Hamad al-Attiyah, CEO of Qatari Diar Real Estate Investment Company, who is developing the city, said Lusail would “continue to serve as an example and a milestone” in the history of environmentally smart cities. He was speaking at the opening of the Lusail Marina Walkway, a new local landmark that occupies 142,600 m2, including a 4.2km long sea façade facing the Arabian Gulf, and attractive natural landscapes, green spaces and wide corridors. The marina is a gateway to the city, with 16 km of tree lined streets welcoming the 250,000 residents and thousands of tourists that will flock to the 22 new hotels that are planned when the city is completed.


With the city’s infrastructure now largely in place, Lusail City will now emerge from the desert, with several largescale projects already underway. One of the most famous is the Lusail Stadium – the iconic football venue that will stage the opening and closing of Qatar’s hosting of the World Cup in 2022. The stadium, a J/V between HBK Contracting Co. and China Railway Construction Corp, will be a showpiece of its kind, have a capacity of 80,000 football fans, and is already well advanced – with completion slated for 2020. Another notable building will be the Burj Alfardan – a landmark building that will command the Lusail skyline. Incorporating Qatari design influences with contemporary thinking, the building has been awarded a 3-star Global Sustainability Assessment System (GSAS) rating, highlighting its focus on eco-friendly practices. 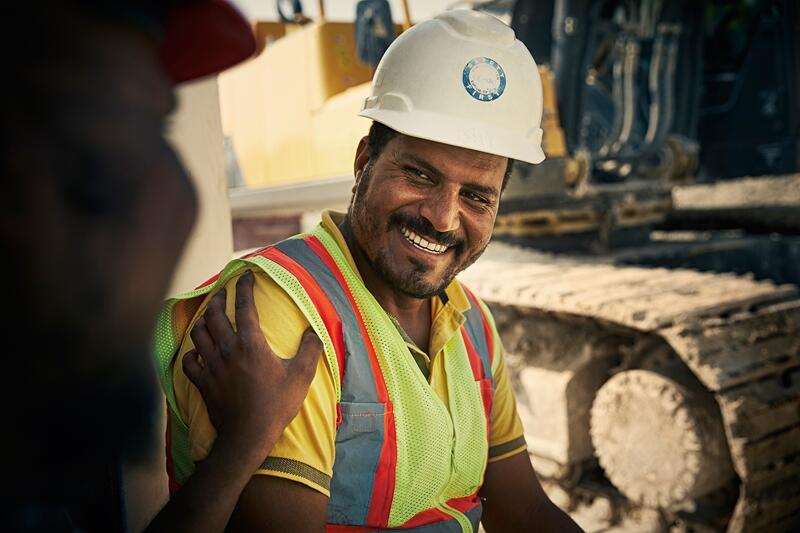 A strong workforce of 40,000 employees have been working on the project.

The city is proving to be a model for climate-conscious cities worldwide, and not just when the city is completed. The construction process also dictates that the environmental impact be minimized. This is being done by recycling and reusing materials, on-and-off site, and using local materials as much as possible, to reduce transport. The materials themselves are responsibly sourced and created in a way that makes disassembly and reuse/recycling easy.

More than a decade creating the blank canvas for a new city in the desert to be painted on, Lusail City is about to blossom into color and life.