As one of the most hazardous industries in the world, it’s no surprise that construction workers need to take care every day on the job.

Robots are now being tasked to take on the heavy lifting. Photo credit iStock.com/dorian2013.

The complex nature of construction sites means they can be a health and safety nightmare – electricity cables, moving objects, working at height, not to mention the multiple movements of some serious heavy construction equipment. Safety is a top priority for any company and a multitude of rules and regulations are in place to ensure workers are kept free from harm, but accidents still happen. But coming to the rescue is a technology-driven safety revolution, with advances being made every day. Here we look at the ways in which innovations are helping to make construction sites a safer place to be. 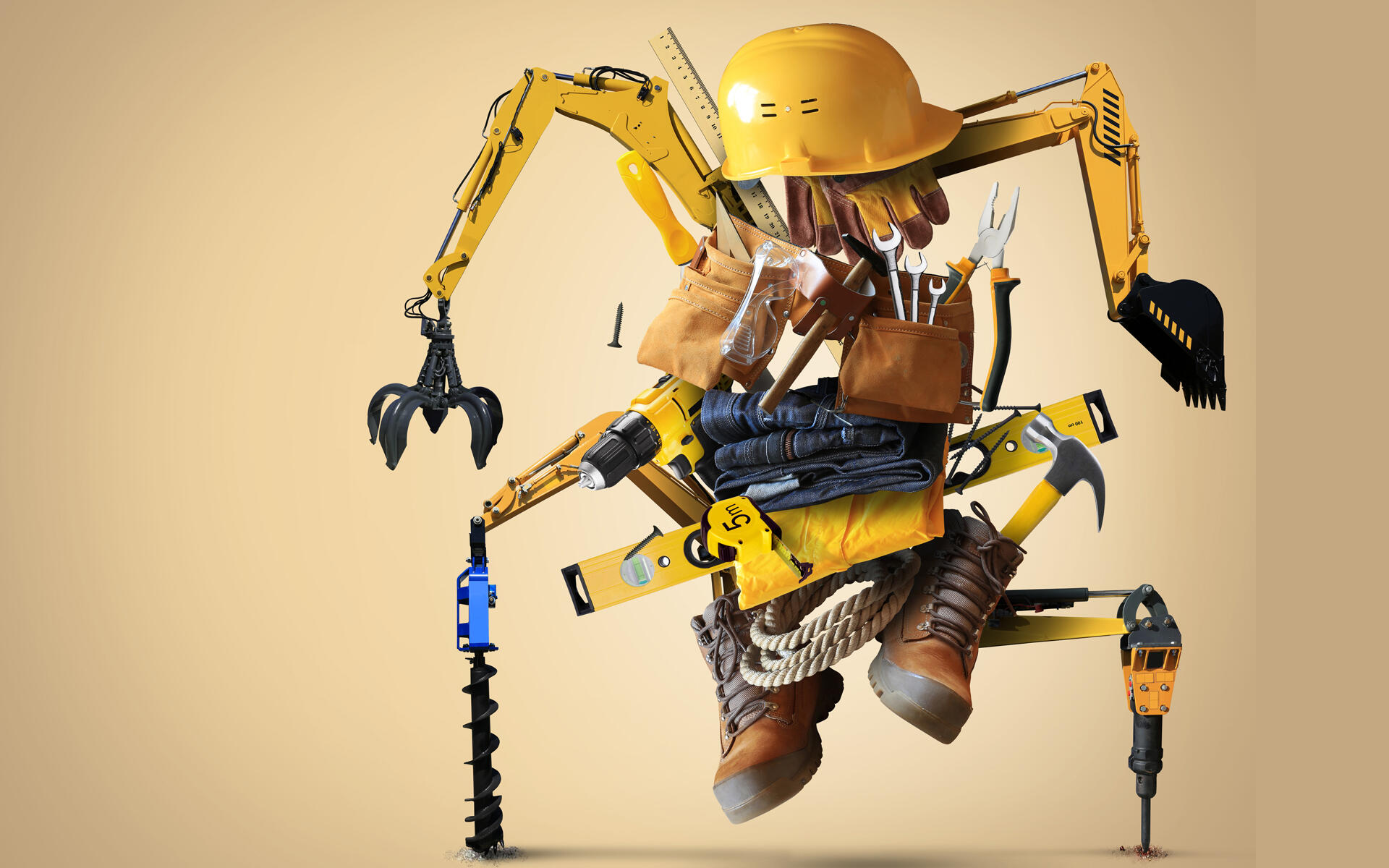 In the old days only tough strong men were thought to be able to work in construction. But even tough guys can trigger painful muscle damage from lifting heavy tools – and construction is a major offender with the rate of work-related musculoskeletal disorders 16% higher than in any other industry. But as automation takes off, robots are now being employed on sites to do the heavy lifting. Where once it would take six or seven workers to carry a 200kg reinforcing rod, for example, Japanese constructor Shimizu has invented a robotic arm to take the load. This machine aims to do the job in half the time with half the effort – and cut the risk of worker injury at the same time.

As well as taking on the repetitive tasks likely to cause strain, robot workers can even be tasked with handling hazardous materials or entering dangerous work zones – all under the watchful eye of a human supervisor. Also in Japan, a team of researchers have created a rescue robot – a hydraulic technology that, once fully developed, could be deployed on construction sites to fully assess a dangerous situation. 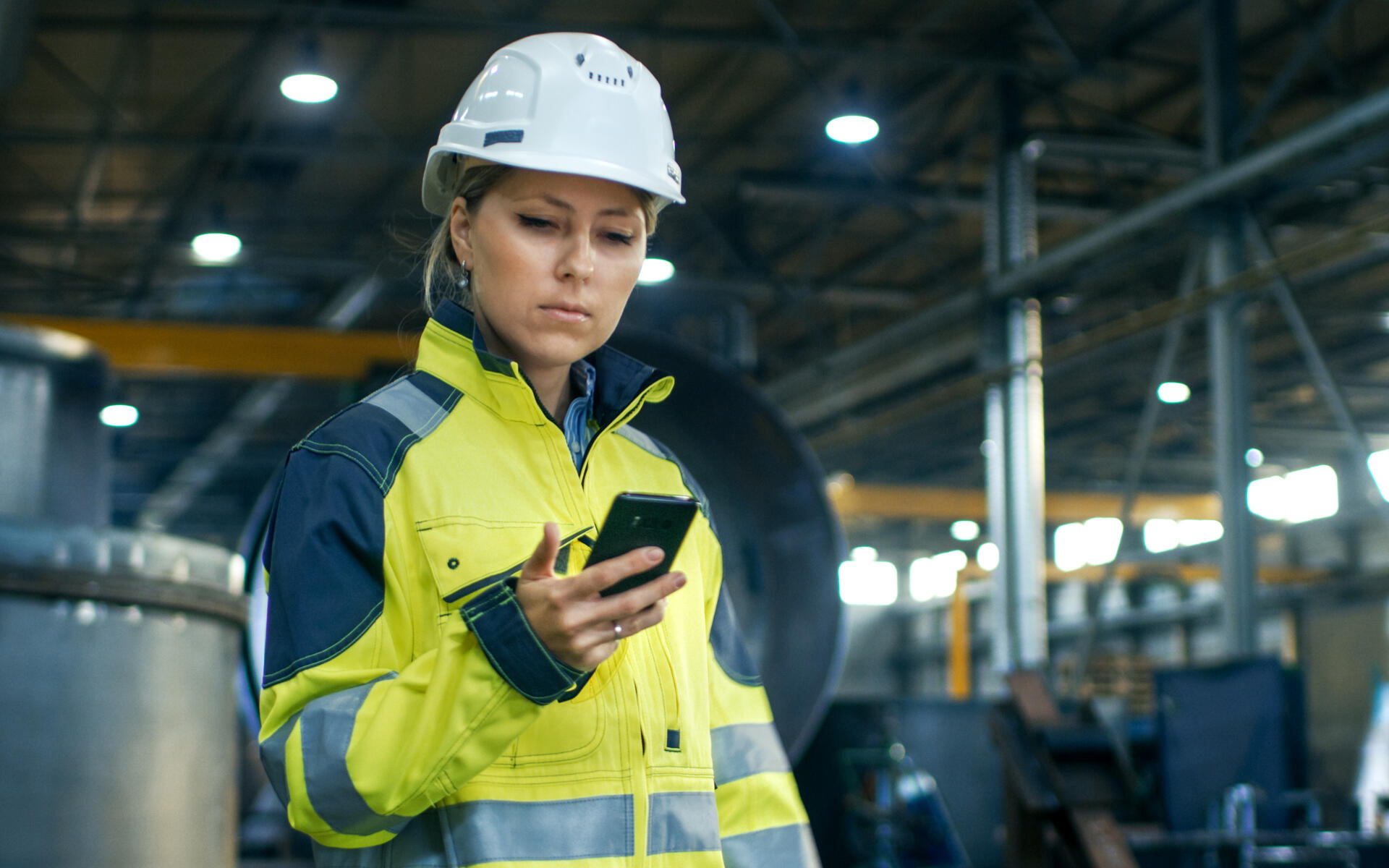 Slips and trips are the most common source of injury on UK construction sites – causing a third of accidents. Meanwhile, across the pond a sobering 40% of fatalities on site are caused by tripping or falling. Prevention is key – keeping walkways clear of obstructions, ensuring all structures are in good working order, putting equipment away after use and wearing the proper kit will help keep workers on their feet. Clever technology such as the Spot-r Clip, which can simply attach to a belt, records any trips and immediately alerts supervisors. Just a push of a button will also report a hazard without anyone having to leave the site. With a third of workers concerned that safety takes a backseat to productivity, tech like this is proving that the two are no longer mutually exclusive. 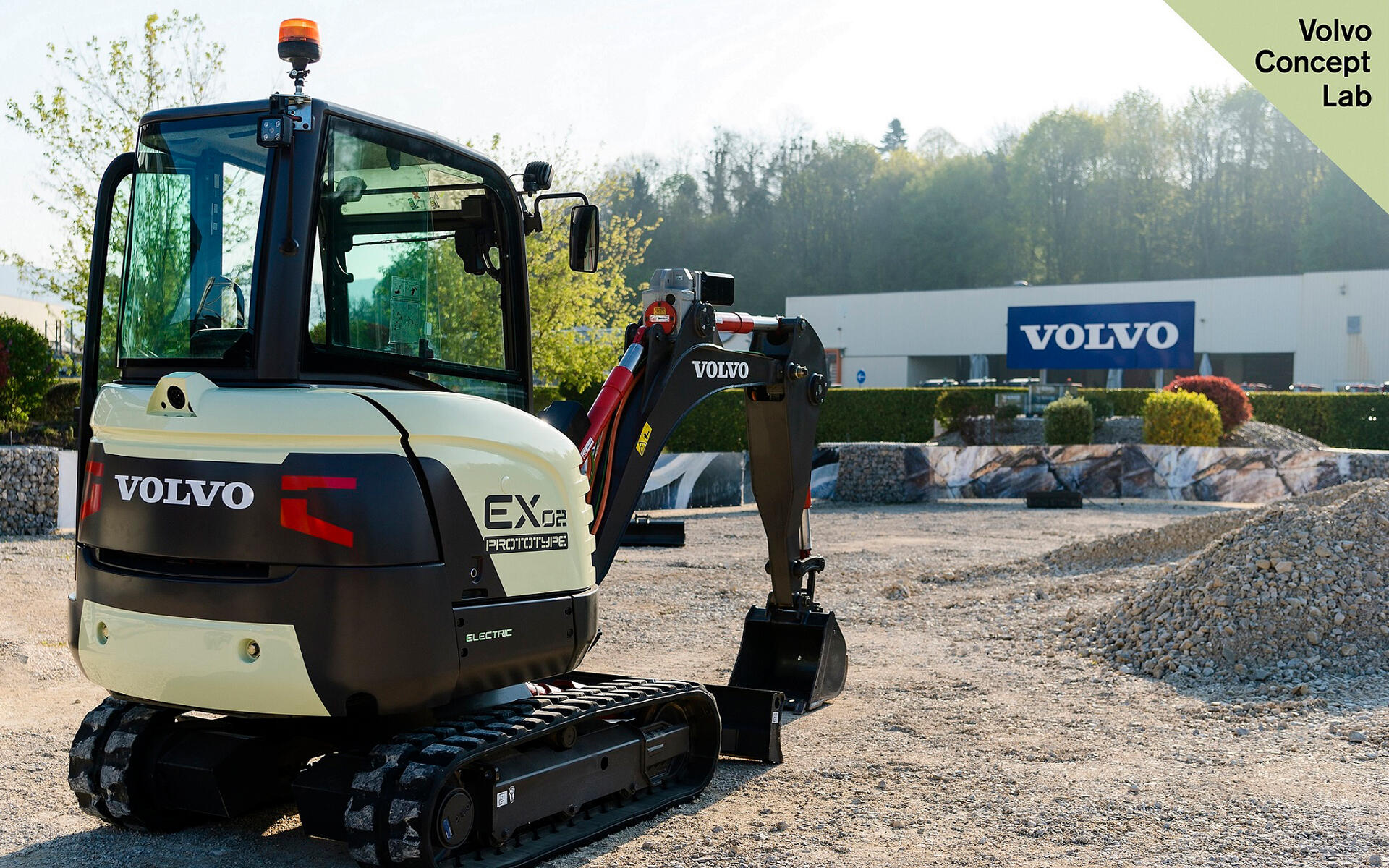 Construction workers are exposed to high levels of noise on an almost daily basis, triggering hearing problems ranging from mild tinnitus to disabling deafness. Not only that, but exposure could also affect workers’ mental health. As a comparison, an office environment may range from 40-50 dB whereas construction sites endure levels considerably greater, with 90 dB. Given that a minor adjustment of just 3 dB is noticeable to human ears, excessive noise can be a huge problem. Technology such as noise cancelling headphones has been available for years, but innovations are continuing to be developed. Volvo Construction Equipment has conceived a machine for the future where excavators, haulers and wheel loaders can generate significantly less noise. The company’s concept research prototype EX02 100% electric compact excavator, for example, would be able to produce 10 times lower noise levels. 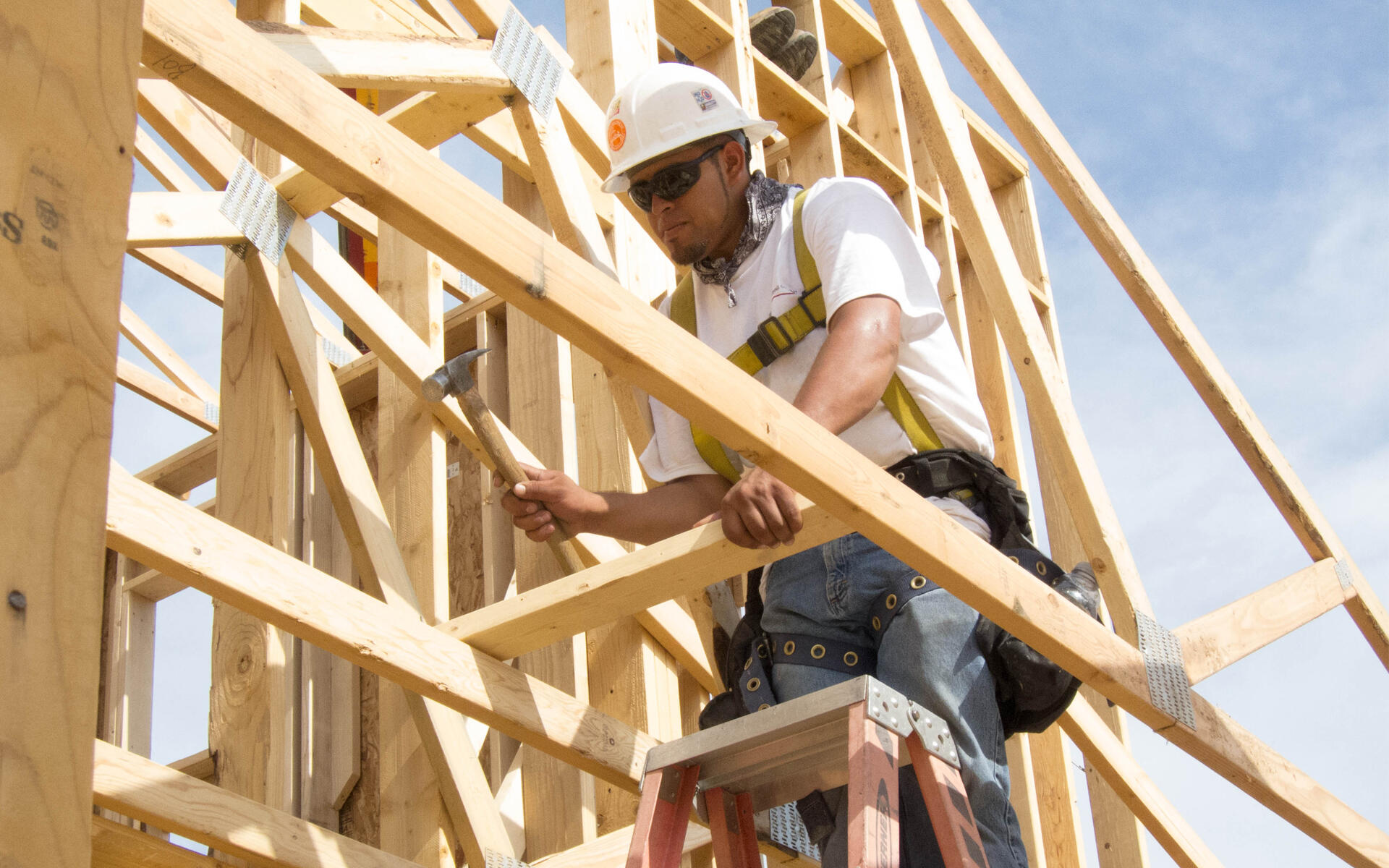 While surface trips are the most common cause of injury, falling from a height is the most common cause of death in the US. And with falls from ladders costing the nation $24 billion a year in work loss and medical bills, the safe and proper use of equipment when preparing to work at heights goes a long way to reducing accidents. Telematics like the NIOSH Ladder Safety App provide visual and audio cues to help workers know exactly when their ladders are positioned at the safest angle of 75.5 degrees. It also allows for more precise inspections of the ladder and provides tips for planning the task in hand.

Working at height poses a danger for construction workers. 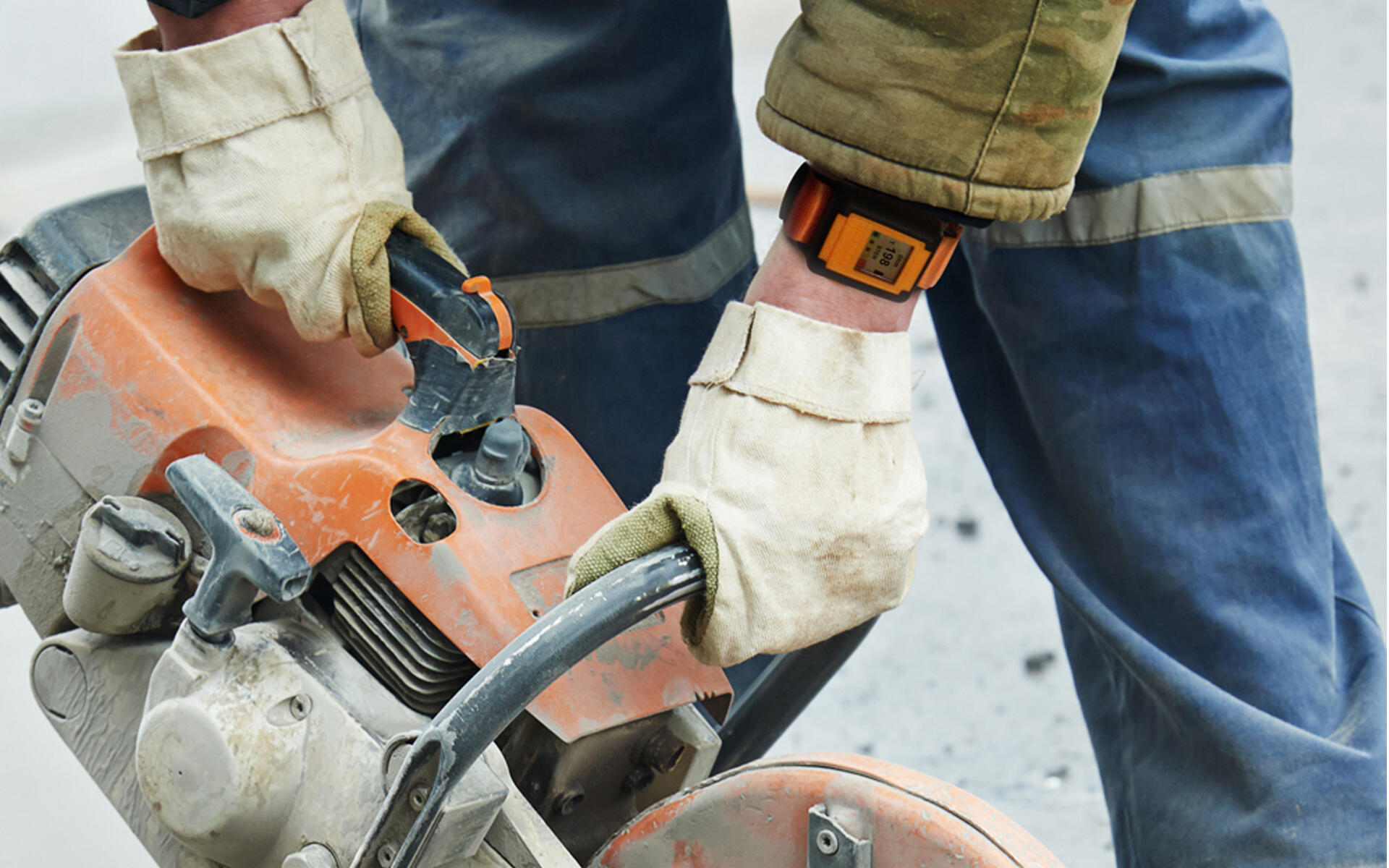 One of the most overlooked threats to construction workers is hand-arm vibration syndrome – with about 1 million US workers said to suffer from the condition. It’s also estimated that 10% of workers will show symptoms after 12 years of consistent exposure. Caused by the prolonged use of power hand tools, which damage the blood vessels and nerves, it’s an incurable disease that can only be combatted through prevention. Wearable technology however can help reduce the risk. Monitoring bands such as HAVWEAR keep a record of a worker’s day-to-day activity and highlights when they are at risk of exposure, allowing a supervisor to make adjustments on the ground. The added benefit is that productivity is increased in comparison to more traditional methods of data tracking.