The Swedish Prime Minister Stefan Löfven and the French President Emmanuel Macron signed a strategic partnership between their two countries for innovation, digital transformation and green solutions at the Volvo Group headquarters in Gothenburg, Sweden, on Friday November 17th. The ceremony was held at the Volvo Group offices where they also met with Martin Lundstedt, President and CEO of the Volvo Group, and viewed some of the company’s latest innovations – including the EX02 all-electric compact excavator, an autonomous refuse truck and an electric bus. 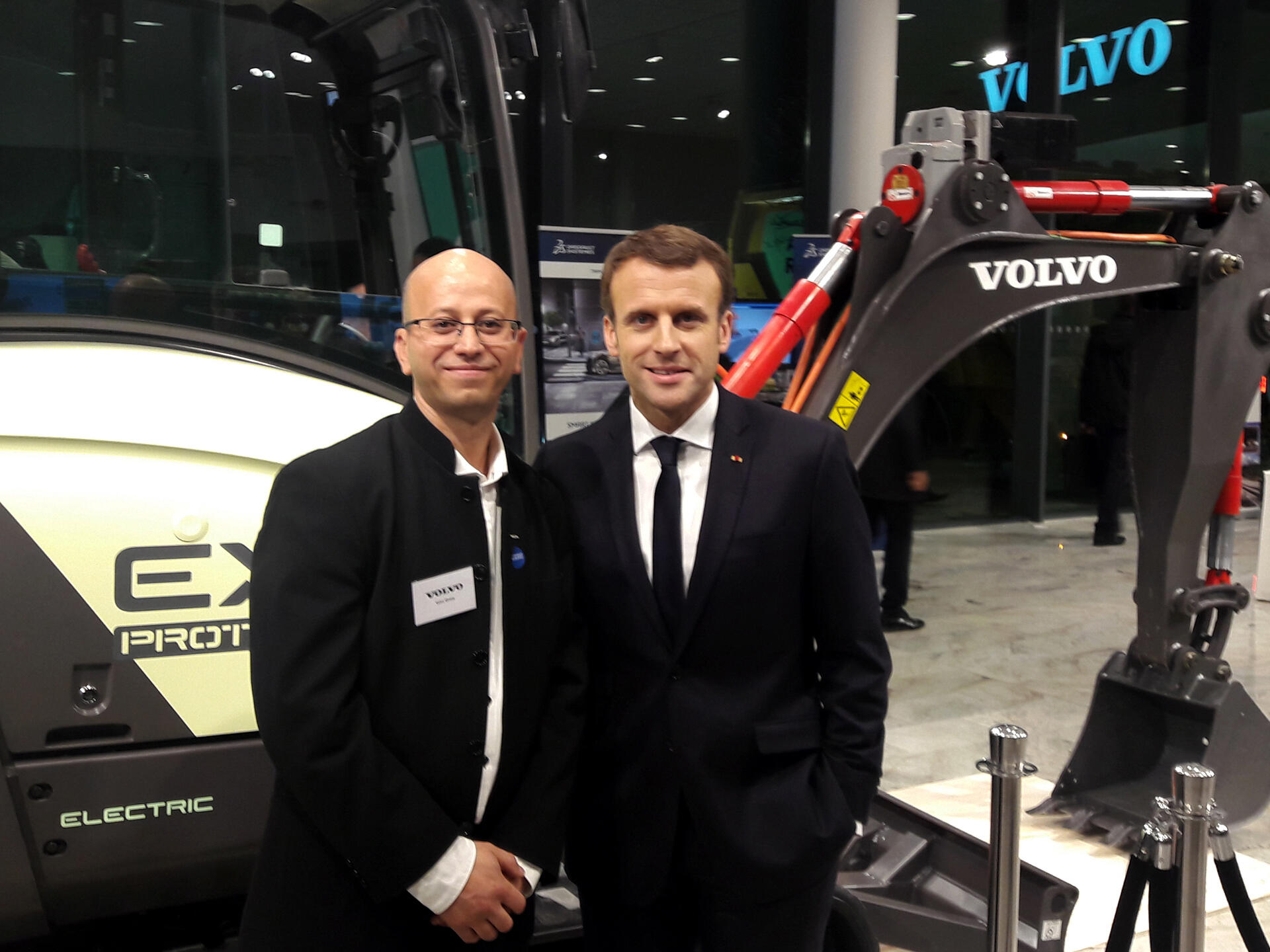 Ahcène Nedjimi, Electromobility Specialist and EX02 Project Leader at Volvo Construction Equipment (Volvo CE), presented the machine to Prime Minister Löfven and President Macron. “It was a great honor to be able to conduct a live demonstration and present the EX02 to the French and Swedish leaders,” says Ahcène. “It was very appropriate to highlight this machine because they were discussing increased cooperation and innovation between our two countries, and the EX02 is an example of this collaboration in action. The EX02 stemmed from Volvo CE’s ELEXC research project which was partly financed by the French government, as well as various funding bodies in France. The prototype was built in Belley, France, and when I told President Macron this he was extremely proud.”

The EX02 is a 100% electric compact excavator prototype that delivers zero emissions, 10 times higher efficiency, 10 times lower noise levels and reduced total cost of ownership, compared to its conventional counterparts. It is believed to be the world’s first fully-electric compact excavator prototype. The EX02 is part of a research project and is not commercially available.

“Prime Minister Löfven and President Macron were interested in the machine’s performance and how it compared to a conventional compact excavator,” says Ahcène, who is a French citizen. “We discussed how it could shape the cities of tomorrow and what it could do for society. The French government plans to end sales of petrol and diesel vehicles by 2040 as part of its plans to meet the Paris climate accord targets. I think with the EX02, President Macron could see that Volvo CE is also working towards sustainable development. The electrification of construction equipment will produce cleaner, quieter and more efficient machines – this represents the future of our industry.” 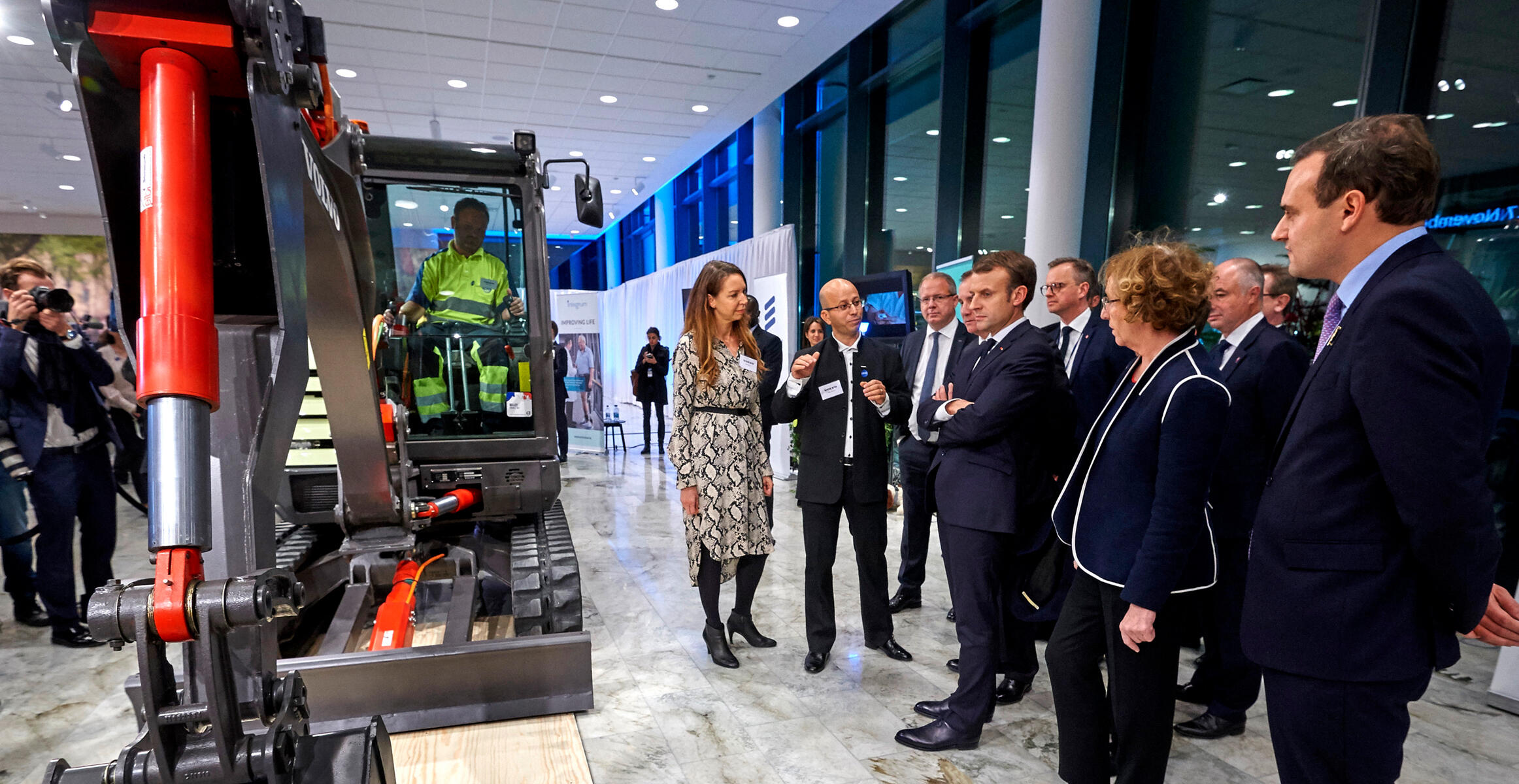 It is hoped that the strategic partnership, signed by the two leaders at the Volvo headquarters, will lead to increased cooperation between the two countries for a more innovative and greener European Union. The agreement is based on the innovative capacity of public sector stakeholders, academia and the business sector. It covers four areas: