The first. The best. The most - Volvo celebrates 75,000th hauler

With half of all the articulated haulers ever made bearing the Volvo brand, the company has just passed another landmark – the production of its 75,000th hauler.

The 75,000th machine – one of the new generation A45G full suspension models – rolled off the production line in late June at the factory where the first machine – the DDR631 or ‘Gravel Charlie’ – was made, in Braås, Sweden. And although Volvo articulated haulers can be found all over the world, the 75,000th machine is staying relatively local, going to Norwegian customer Leonhard Nilsen & Sønner AS.

In typically Swedish style, the landmark 75,000 articulated hauler was marked modestly – with factory workers celebrating the achievement with ice creams. Then it was back to work, to meet the demand that is seeing Volvo take a bigger lick of the articulated hauler market.

It’s no surprise to see why Volvo CE has made more articulated haulers than all other competitors put together. Over the last 51 years, the models have increased in size and sophistication. The first 15 tonne capacity machine built in 1966 can fit into the haul body of the A60H – Volvo flagship 55 tonne articulated hauler.

More than half a decade of experience is built into every Volvo machine. A high hitch gives better stability and ground clearance, hydro-mechanical steering offers high speed stability, while 100% dog clutches and automatic switching between 6X4 and 6X6 drive not only powers through any conditions, but does so with minimal wear and maximum fuel efficiency. 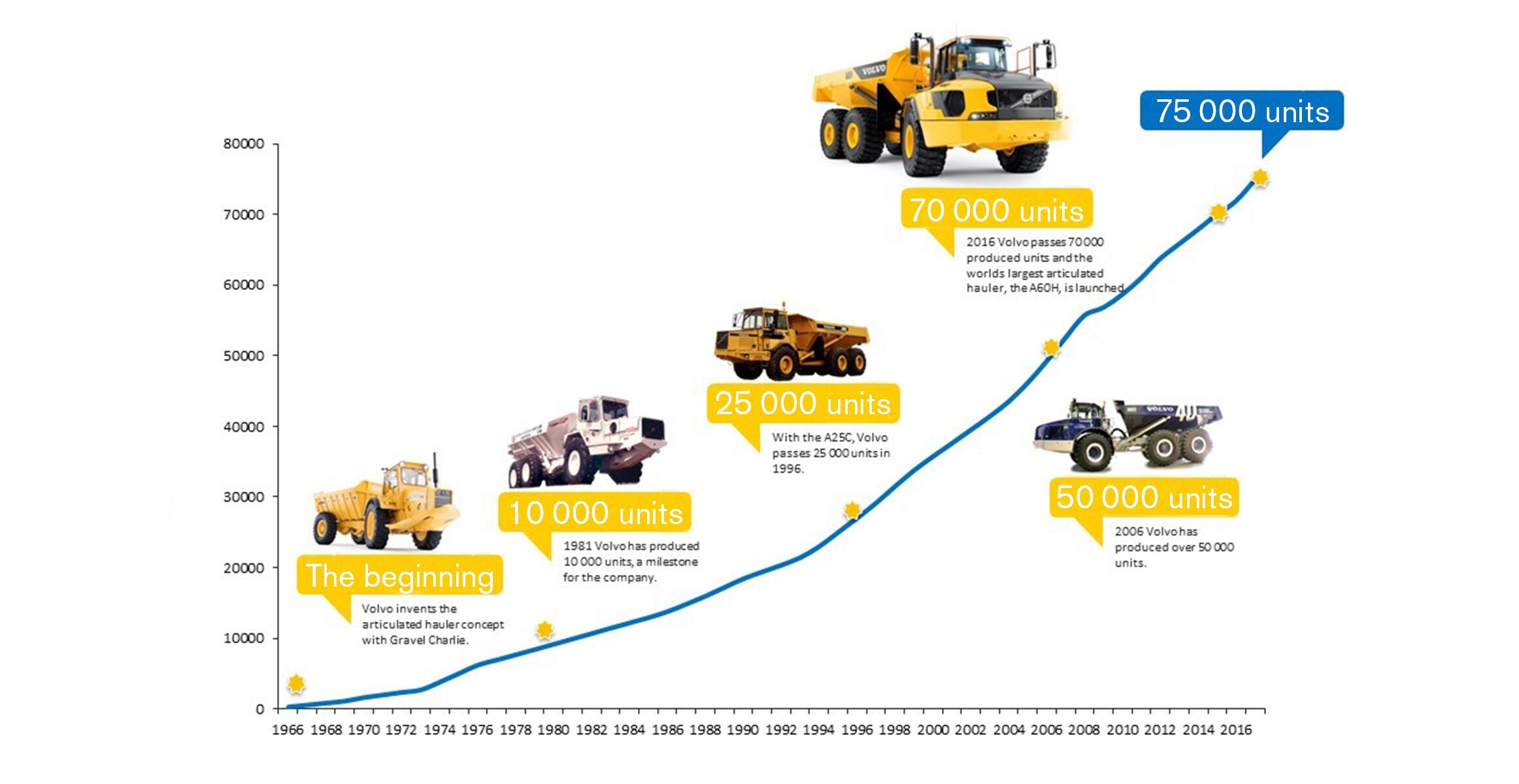 While it took a while for the world to fully appreciate the benefits of articulated haulers, the machines are now in demand as never before, finding work as production machines in mines and on all types of infrastructure projects. This is driving the trend for larger machines – such as the newly introduced 41 tonne class size of the 75,000th machine, the A45G. Volvo CE’s A60H is the largest on the market, and can deliver 40% higher production than Volvo’s previous largest machine – the A40G – with hardly any increase in the ongoing cost of ownership.