Buoyed by improving market conditions and the positive impact of its transformation program, Volvo Construction Equipment saw sales increase by 30% in the first quarter of 2017.

In the first quarter of 2017 Volvo CE also enjoyed an increase in order intake, which rose by 34% to 17, 487 machines, with increases in orders coming from all markets, but particularly China and Europe. Deliveries were also up 34% during the period, to 16,369 machines.

The construction equipment market continued to improve during the quarter, with all regions (with the exception of South America) showing growth. The European market was up 17%, driven by increased demand in Germany, the UK and France. North America was up 1%, with improvements in compact equipment and large excavators offsetting lower demand in other product areas. South America saw further declines, while the total market in Asia (excluding China) was 10% above the same period last year, boosted by improvements in India and Korea. There was also strong growth in Indonesia, driven by a recovering mining sector, while demand shrank in both Turkey and the Middle East. China, meanwhile, continues to recover, with the market growing by 48% during the first quarter, compared to the same point the previous year; driven by a surge in demand for excavators, which increased by 99% during the period.

“After years of tough market conditions, the Volvo CE business is growing again,” commented Volvo CE’s president Martin Weissburg. “Higher sales volumes linked with increased internal efficiency and a lower cost base helped us deliver good profitability levels during the quarter. Volvo CE is on the right track, the improvement plan is yielding results and there are further opportunities to improve the long-term competitiveness of the company.” 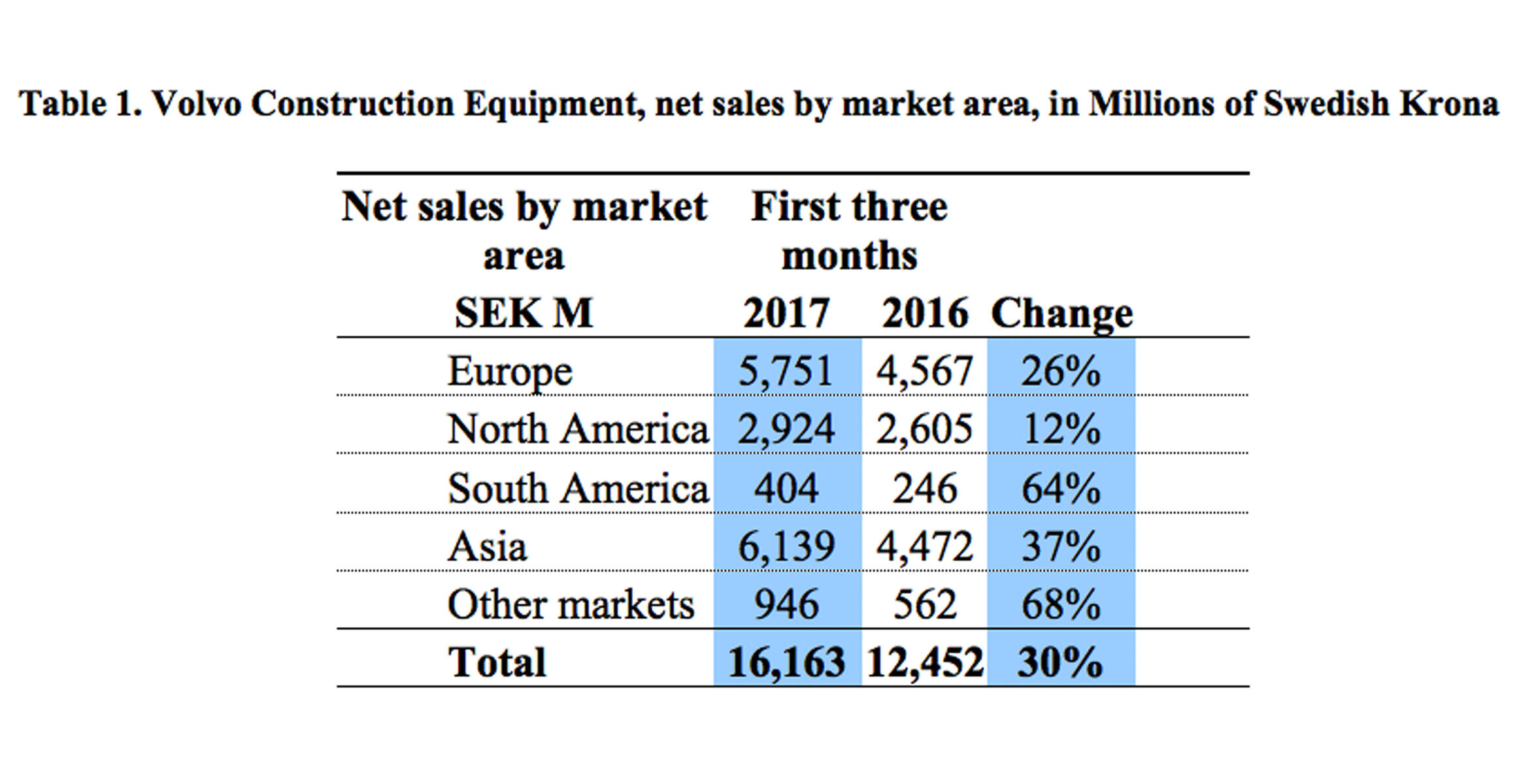