Improved underlying earnings and market share gains in the important larger machine segments were insufficient to offset a declining total market in Volvo Construction Equipment’s final quarter 2015 results, which saw sales down 11% in the period. For the full year, sales at the company dipped by 3% during 2015.

In the fourth quarter of 2015 Volvo Construction Equipment (Volvo CE) reported that net sales decreased by 11% to SEK 10,967 M, compared to SEK 12,277 M in the same period of the preceding year. These figures were due to further large declines in China and Brazil, coupled with headwinds in many markets outside of North America, which also showed signs of cooling. For the full year 2015 Volvo CE saw sales recede by 3% to SEK 51,008, while operating income almost doubled, at SEK 2,090 M, up from SEK 1,231 M in 2014.

Transformation is working
Operating income, excluding restructuring charges, during the final period of the year resulted in a loss of SEK 191 M, a considerable improvement compared to the loss of SEK 815 M in the same period of the previous year. Operating margin also showed signs of progress, at negative 1.7% for the period – up from a negative 6.6% in Q4 2014. Operating margin was positive for the full year, at 4.1%, up from 2.3% in the same period the year before. These relatively encouraging developments were achieved despite lower sales volumes, low capacity utilization and a credit provision in China of SEK 158 M.

“In the face of a global market that remained flat to down during 2015, Volvo CE continued to execute on internal measures that drive profitability and resource efficiency,” commented Martin Weissburg, president of Volvo Construction Equipment. “Despite lower sales our operating results improved – and were much better than in the same period in 2014. We took market share in larger, more profitable machine segments, completed the exit backhoes, graders and milling machines and strengthened a new governance structure that allows us to make clear, informed decisions. This shows that the activities of the Volvo, SDLG and Terex Trucks teams to drive our transformation as Volvo CE globally are working.” 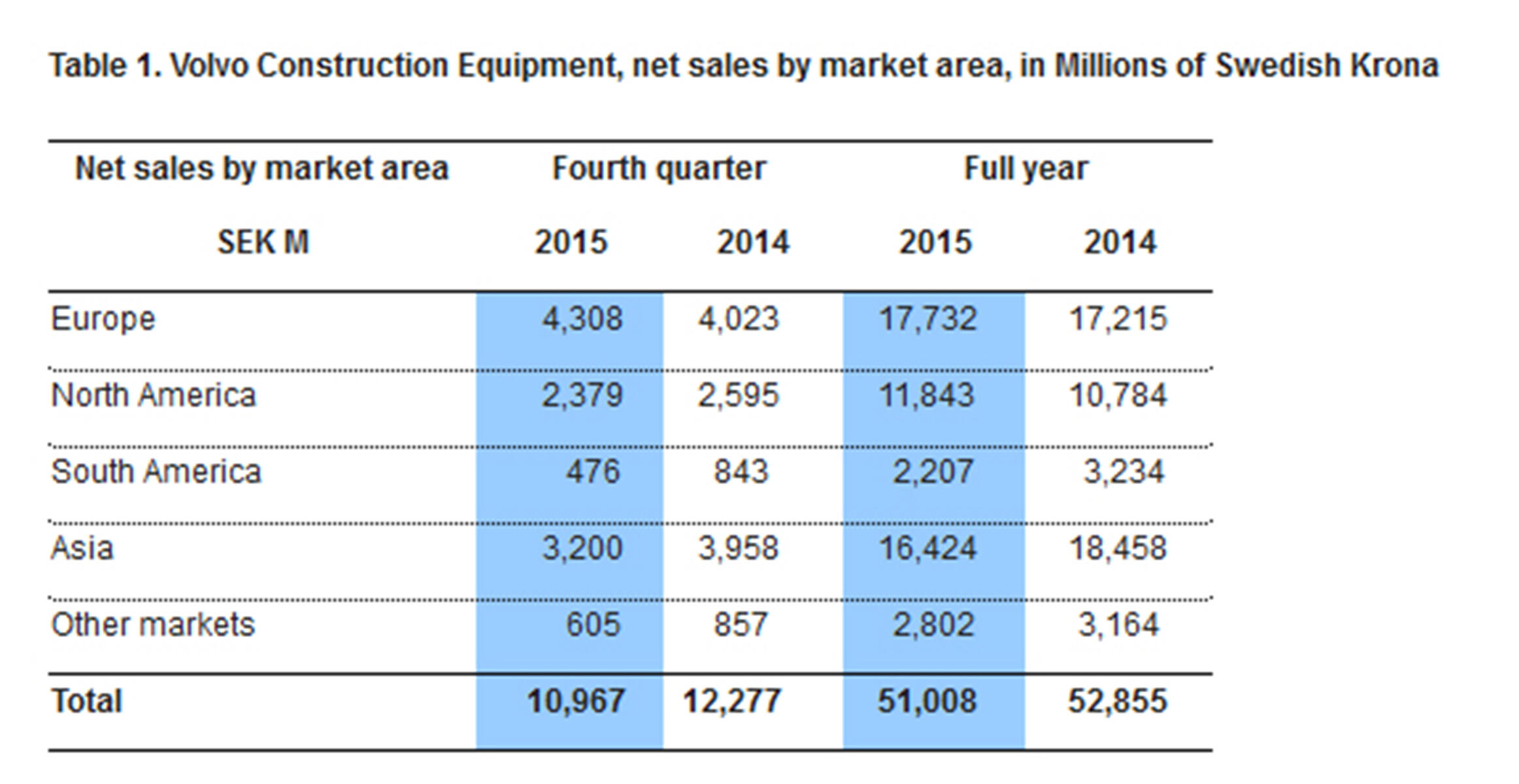