Volvo CE has officially inaugurated and unveiled its state-of-the-art test facility in Eskilstuna, Sweden. The new building is home to several test rigs that will test both electric and conventional drivelines and components. One of the test rigs – which allows all a machine’s wheels to be controlled and measured independently, enabling the entire electromobility driveline to be tested in a modular way – is thought to be the first of its kind in the industry.

“This test facility will support Volvo on its journey towards electromobility,” says Peter Österberg, vice president of Core Technologies at Volvo CE. “Without it, we wouldn’t be able to move forward and test concepts like our HX02 autonomous, battery-electric, load carrier and the LX01 electric hybrid wheel loader. The equipment will allow us to test important factors and see how a driveline, transmission, components etc. work in different situations. This investment shows that Volvo CE is not only committed to electromobility but that we are also committed to Eskilstuna, and our employees. The new facilities will help build the knowledge and competence of our engineers. They will further reinforce Eskilstuna’s position as an engineering center of excellence for driveline development.” 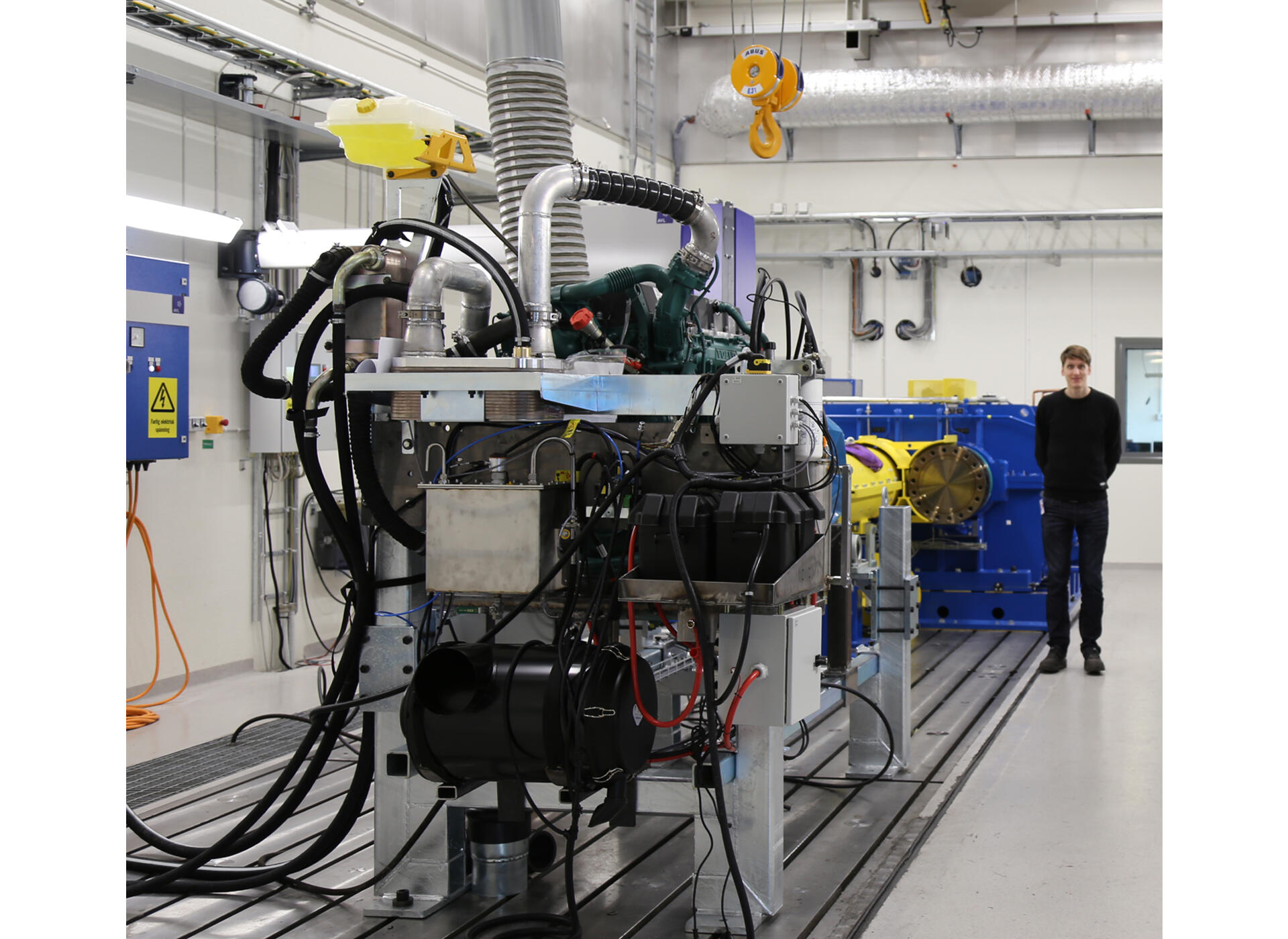 Testing in the new 4,400m2 building is due to start in two weeks. The first projects to enter the facility will be connected to electromobility and transmissions. Although it has been designed to test drivelines in wheel loaders and articulated haulers, electromobility components from other machines could also be tested at the site along with truck axles.

“This really is a Volvo Group investment,” concludes Österberg. “It’s a unique facility that will benefit many areas of the Volvo business. Volvo CE is at the forefront of the technological shift when it comes to electromobility in our industry. In the future, all of our competitors will need a facility like this.”

The project for the new test facility began in Autumn 2014 when the funding was granted by the Group Executive Board. The new building was officially inaugurated and unveiled to hundreds of employees on Tuesday March 21st.