Despite abundant natural resources, coal alone will not provide the energy needed to power South Africa in the long term. In response, a new governmental program has been introduced, harnessing the country’s ideal weather conditions while integrating socio-economic development. Kouga Wind Farm, on the Eastern Cape coastline, is considered one of the blueprints for the program. Showcasing the potential of wind power, which is predicted to double by 2021, renewable energy is the focus of the third episode of Volvo CE’s brand campaign ‘Building Tomorrow’.

Since the campaign launched late last year, Volvo CE machines have been filmed helping to rebuild the iconic ICEHOTEL in the frozen landscape of Northern Sweden, to the other extremes – its machines working to construct the new sustainable city of Lusail in the arid desert north of Doha, Qatar. In this latest episode, Volvo wanted to focus on the rapid growth in renewable power generation projects that are coming on the grid all around the world. 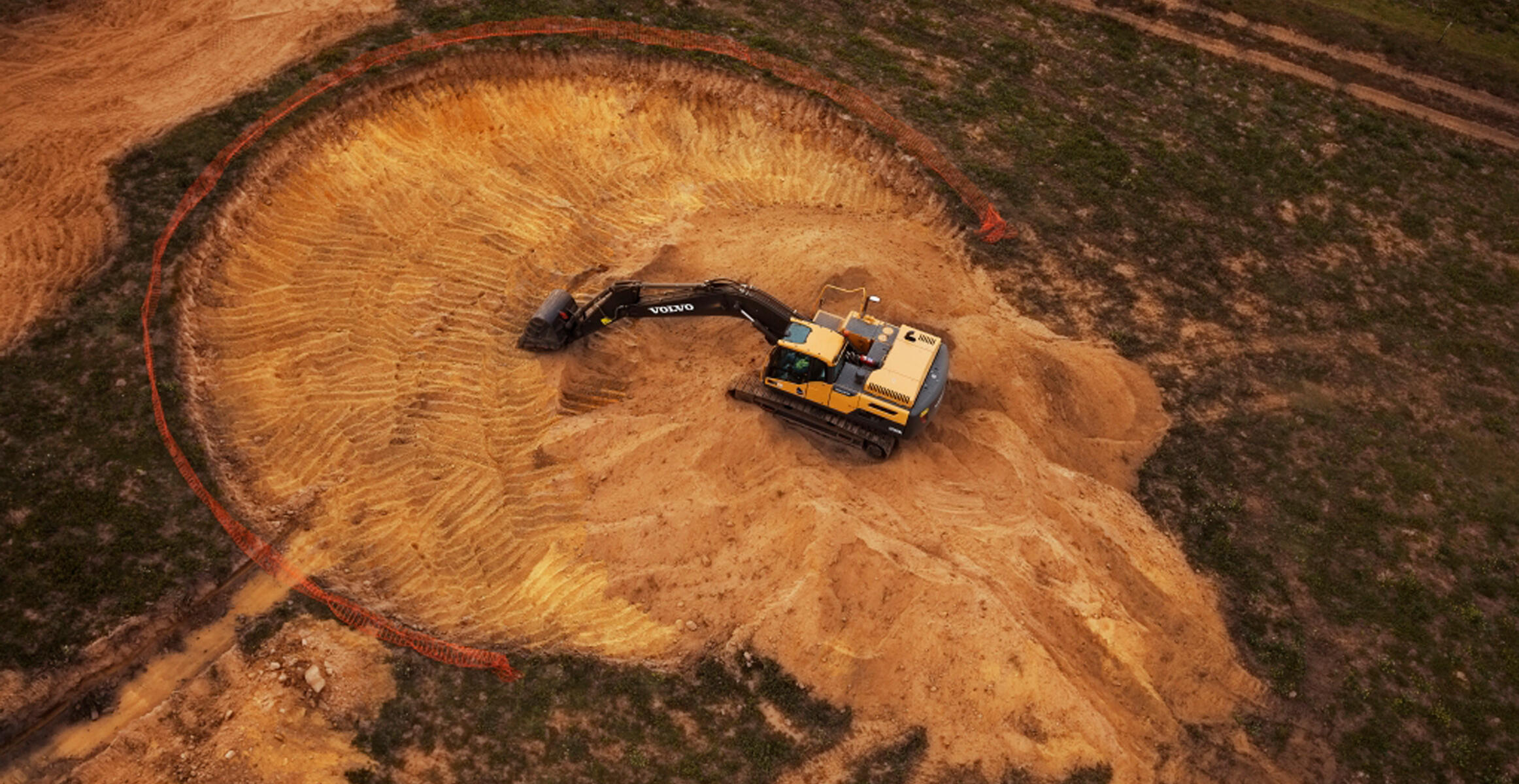 Something in the air

Wind energy is an unlimited source of clean energy, and for the first time ever, in 2016 renewables became the largest power source in the world – surpassing coal. Additionally, thanks to a mixture of advances in technology and international government support, wind power has experienced strong growth in the global market.

Located on the Eastern Cape coastline of South Africa and roughly 70km southwest of the ‘Windy City’ better known as Port Elizabeth, construction of the Kouga Wind Farm started in 2013. The project began adding to the national grid in March 2015, when the first of the giant turbines came online. With an ambitious national target of producing 18,800MW (megawatt) from renewable sources by 2030, the Kouga Wind Farm was set-up as part of the Renewable Energy Independent Power Producer Procurement Programme (REIPPPP) in response to South Africa’s long-term energy need.

Prior to assembling the turbines, weeks of structural and enabling works took place to ensure firm foundations and easy access. Currently home to 32 turbines, the wind farm generates approximately 300 million kilowatt-hours (300GWh) of clean electrical energy per year – reducing greenhouse gases by up to 270,000 tons. 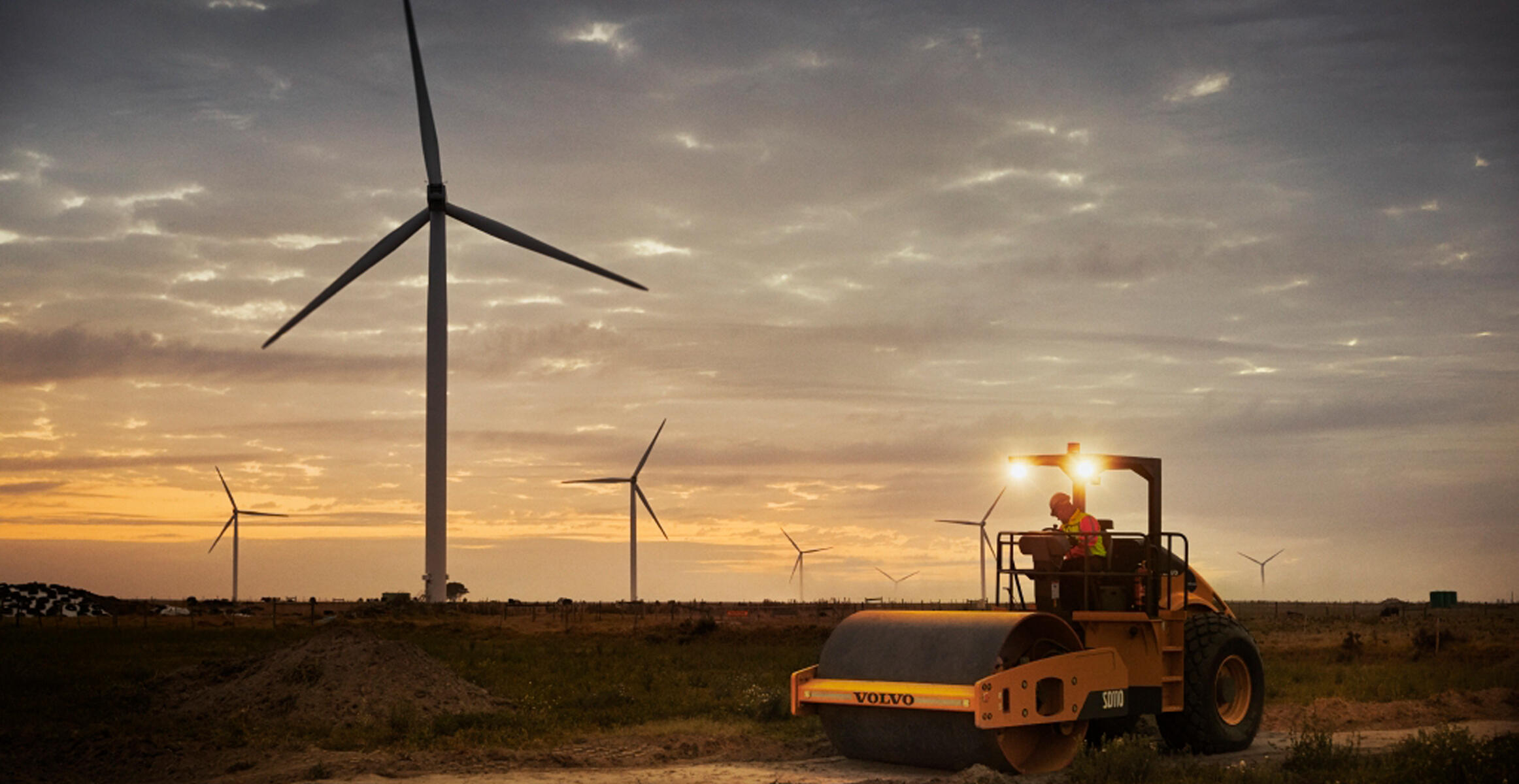 Investing in the future

The Kouga Wind Farm is special not just for its contribution to the renewable sector but also because of the impact it’s had within the local community. Impressively, the community surrounding the wind farm also owns 26% of it – thanks to the guidelines set by the REIPPPP. As a result, so far profits from the wind farm have been used to supply schools with computers, build sports facilities, and develop clinics. Also, during the construction phase of the venture, project managers employed local laborers to help them develop their skills.

“We chose to come to Kouga because we wanted to highlight a project that demonstrates how our industry is making the world a better place,” says Mats Bredborg, Global Director of Brand management at Volvo CE. “It really shows how the transition to renewable energy can boost business and at the same time empower the local community to a greener, brighter and more sustainable tomorrow. We are grateful to the management of Kouga for allowing us to film at the site, and the local community for being so welcoming and helping us bring Volvo CE’s latest brand campaign story to life.”

The series will conclude with a final brand film to be released in October, ‘Good morning tomorrow,’ which brings together the three brand episodes, all endeavoring to build a better future for today’s society – and the generations to come.

To find out more, please head to Building Tomorrow or click here to view the third episode.