The global race against the waves

Rising sea levels is globally considered to be one of the greatest climate challenges. In some parts of the world it has already a big impact on people’s lives. This is particularly true for low-lying coastal areas, as Sundarbans, in India, where severe storms are a recurring threat and major construction measures are needed to protect the fertile delta soil from devastating salination.

The sun rises over the archipelago in the Bay of the Bengal and Reba Rani Mondal is already out with her fishing net. She is one of the 4.5 million inhabitants in the area, and lives in a village on one of the more than 100 islands in the Sundarbans delta. She walks on the mudbanks that protects her village from being flooded and throws her net in the water, hoping to catch Indian Mackerel. The village has been her home for 32 years.

“Life here has never been easy. To have enough food and to take care of our children, it has always been critical,” she says. 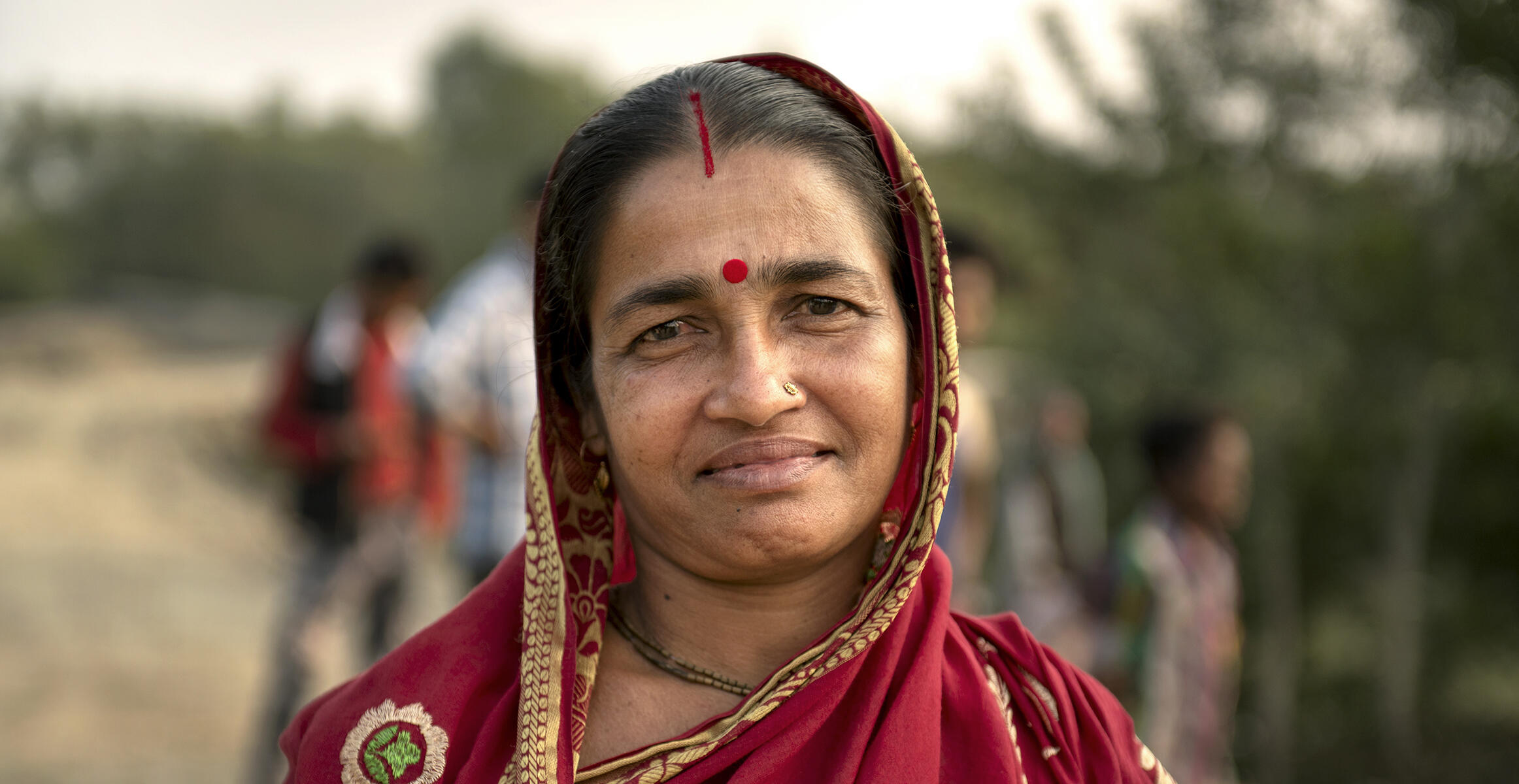 The archipelago in the Bay of Bengal is the scene for one of the most dramatic examples of rising sea levels around the globe. The sea level rise in Sundarbans reaches 3-8 mm per year, meaning up to twice as much as the global average. On some islands the coastline has retreated with 200 metres per year and only in the past few years, 9,000 hectares of mangrove forest have disappeared due to land erosion. Living conditions have been even more difficult since the cyclone Aila hit in 2009 and swept away large parts of the old embankments that used to protect the area from floods. 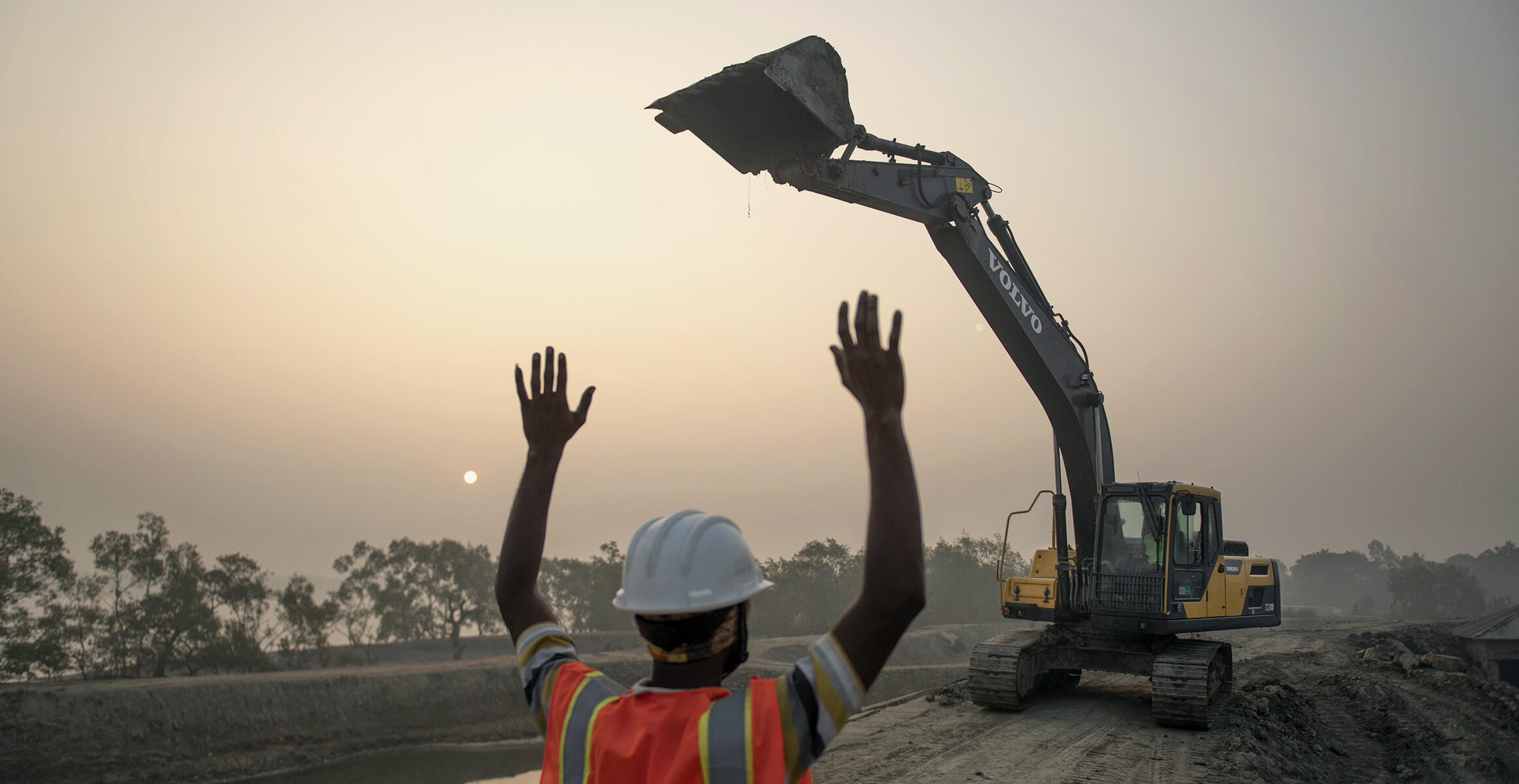 To create new protection for the islanders, the Indian Government initiated the Sundarbans Embankment Reconstruction Project, where new walls and dams are being built and old embankments are being reconstructed along the coast.

The former structures date back to the 18th century when the British rulers began to cut down mangroves to use the land for agriculture. When finalized, the old walls covered a total of 3,500 kilometres – the majority were made up of mud embankments which did not offer sufficient protection as the sea level rose. That became clear when Aila hit, which brought heavy rain and wind speeds of 140 km/h over Sundarbans. Hundreds of thousands of homes were destroyed and, as the water finally pulled back after several days, over 400 kilometers of the embankments were breached.

Now, thanks to the use of heavy construction equipment, the embankments are fortified with broad concrete blocks to create a more resistant protection of the islands and their inhabitants.

“It feels good to work on a project like this. I think anyone involved in this kind of work, where you make life better for others, feels proud,” says Paritosh Biswas, Project Manager at Bardan Construction, responsible at the construction site in Sundarbans. 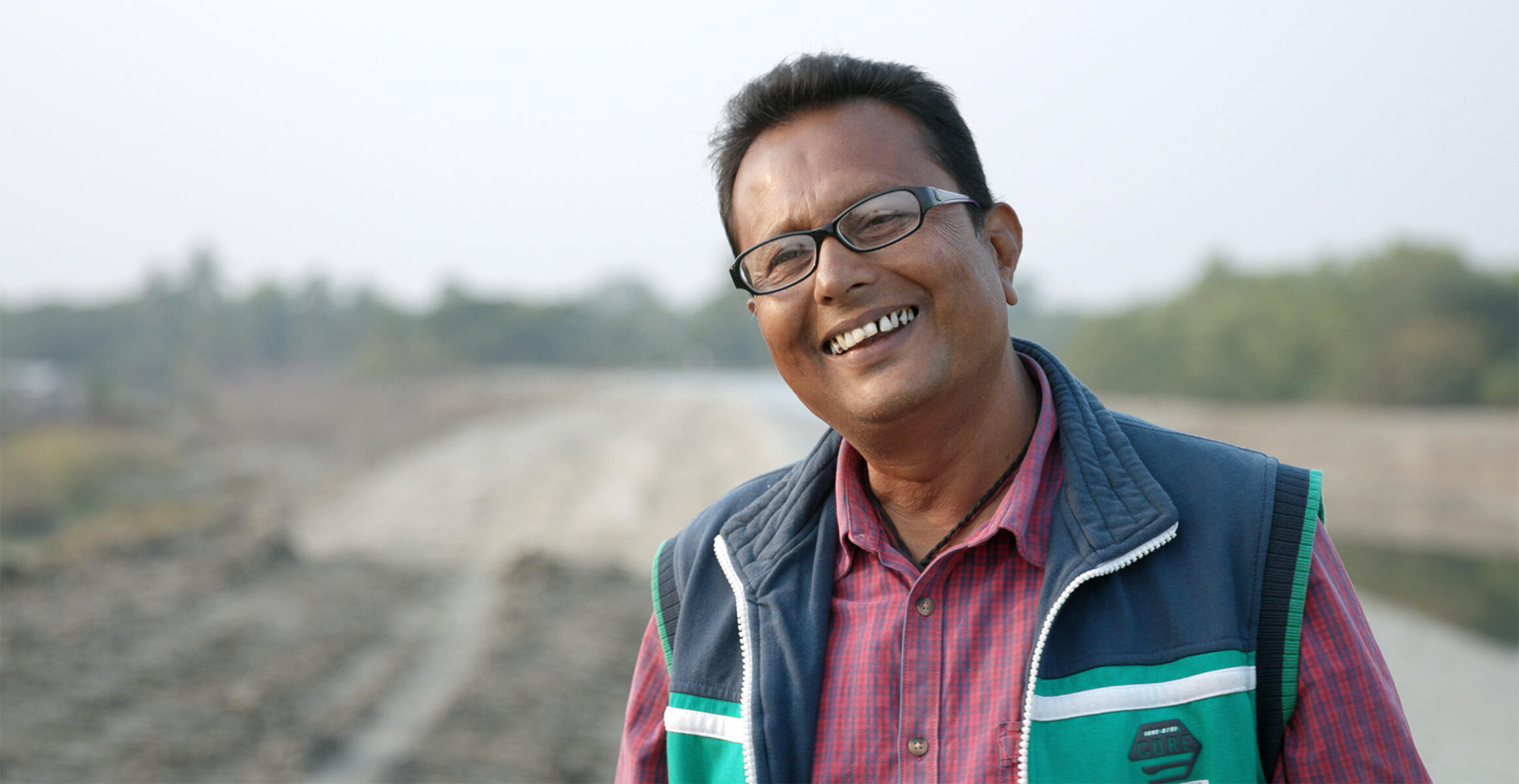 He has 20 Volvo excavators working at the site and is pleased with their performance.

“The Volvo machines can move more mud in a shorter time, compared to other machines. They are robust and the buckets are big. Then of course, we are always worried the machines will get stuck in the mud. But that is just part of the challenging conditions here, and we work the challenges out,” says Paritosh Biswas.

Facing higher tides around the globe

On the other side of the globe, southern Florida is facing similar challenges, as well as a comparable geographical situation.

The Everglades National Park is home to the largest mangrove forest in the western hemisphere. And, as in Sundarbans, the mangroves of Florida are both a natural protection against tides as well as threatened by rising sea level and increased salinity in the water.

“Lately, the highest tide of the year has been happening almost every year in October. The most affected area that has been in the news a lot is Miami Beach. We call this ‘sunny day flooding’ because the sky is clear, but water comes back into the streets through storm drain system,” says professor Jayantha Obeysekera, from Sea Level Solutions Center in Miami. 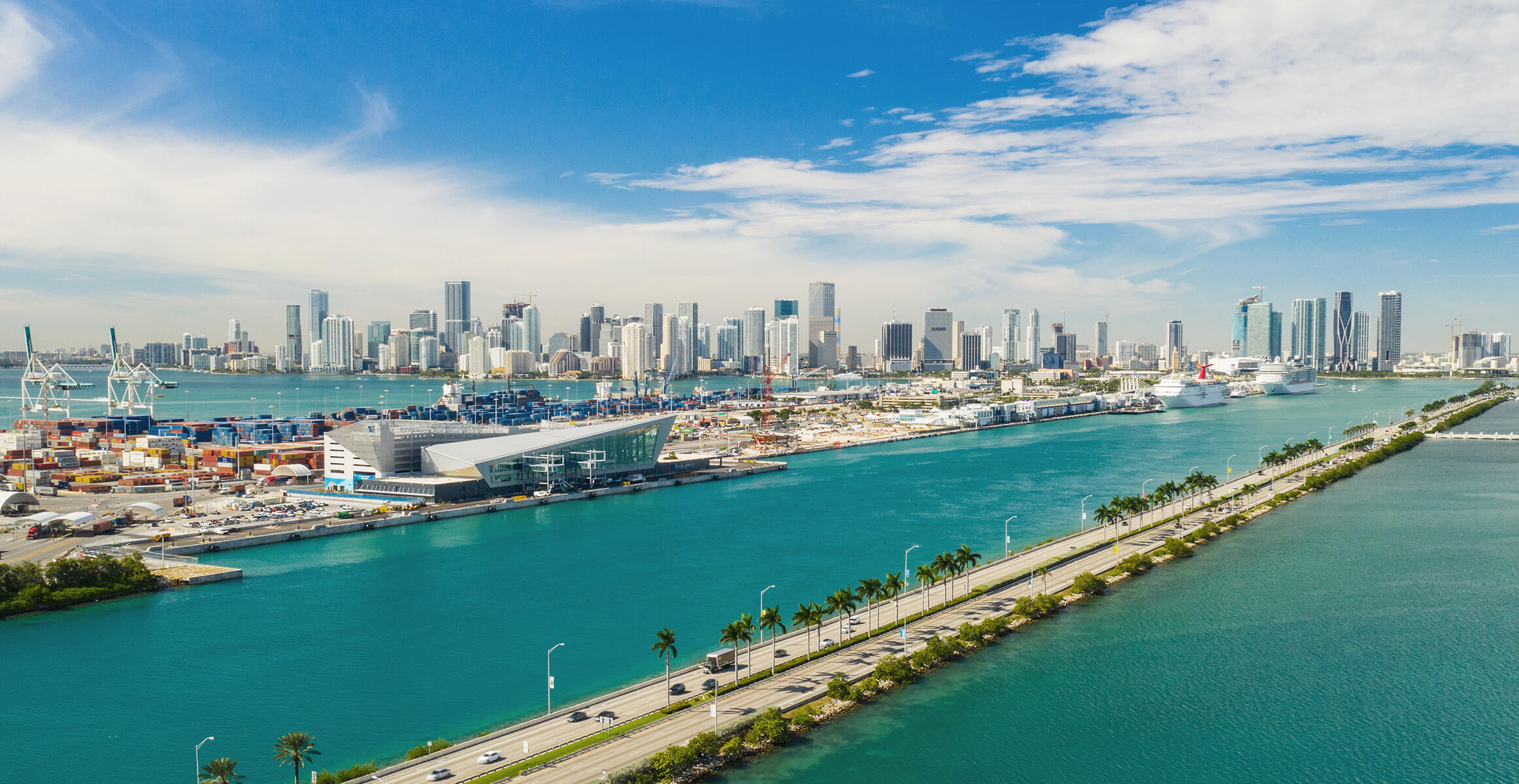 Both in the highly urban Miami-Dade and rural villages of Sundarbans, engineering is a key factor to manage the threat of flooding.

“In terms of infrastructure, raising sea levels and adding drainage pumps are popular measures. In areas such as Miami Beach and in the Florida Keys, roads are being raised and new regulations are being developed for first floor elevations of buildings,” says professor Obeysekera. 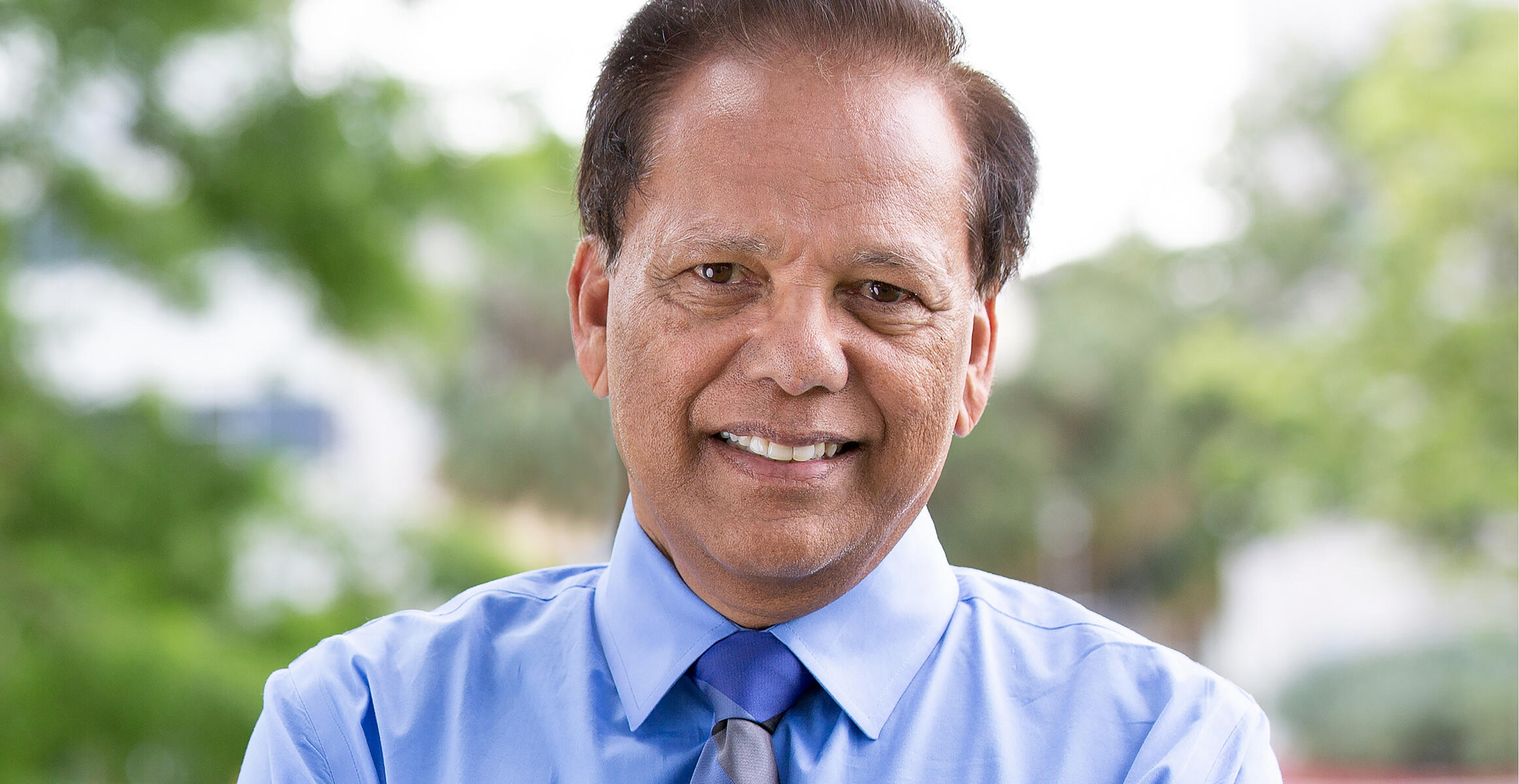 Rising sea levels and more extreme weather are big challenges for every society. But by adapting their structures using modern engineering, Florida and Sundarbans will be better suited for the challenges of tomorrow.

“I feel happy the new walls are being built. We feel safer. Our lives depend on this,” says Reba Rani Mondal, picking up her fishing net as the sun goes down over Sundarbans. 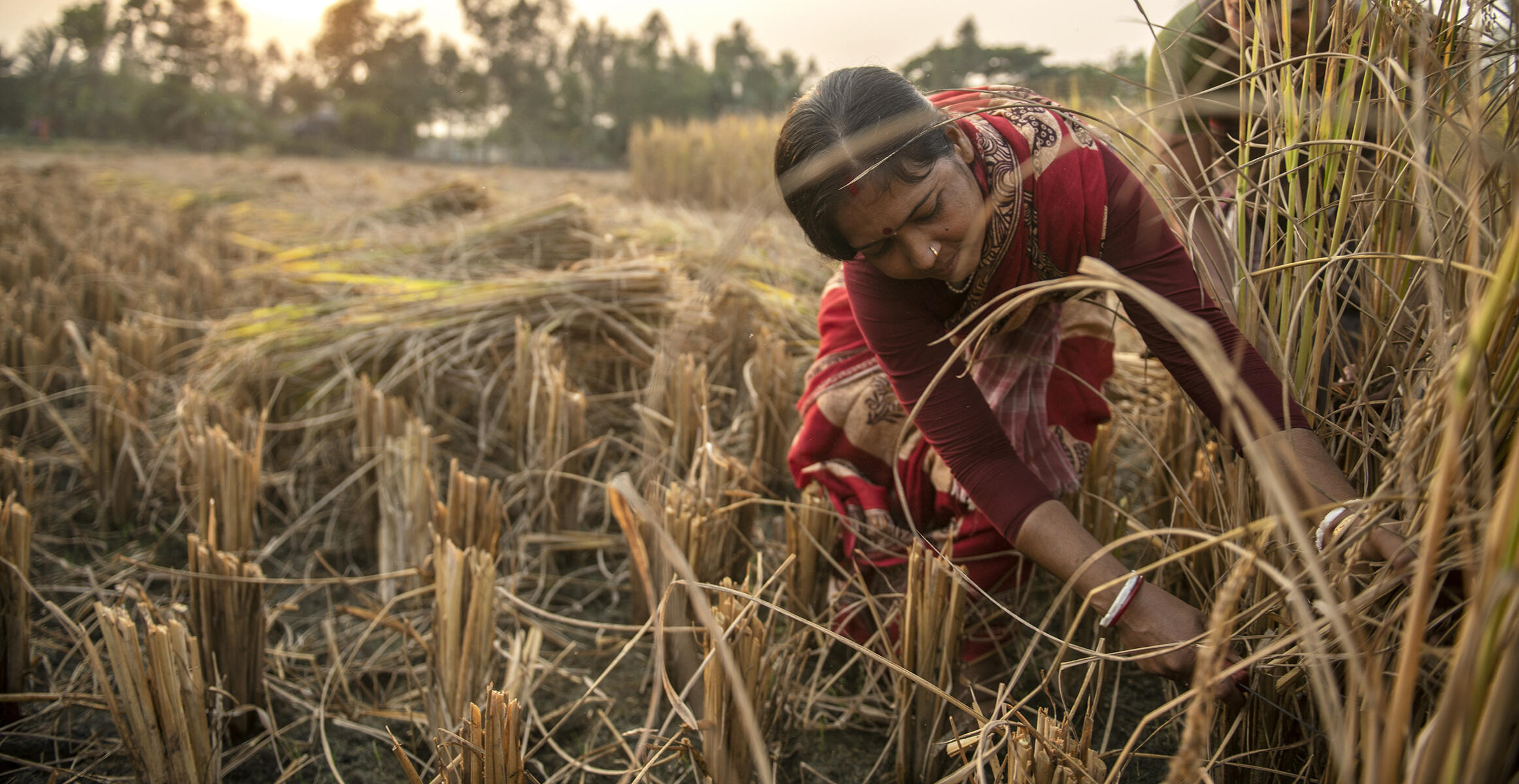