Sameer Manna is operating a Volvo excavator at one of the world’s most unique construction sites - the Sundarbans delta in India. Home to the world’s largest mangrove forest and the Bengali tiger, this is a proclaimed UNESCO World Heritage Site. It is also part of a world where rising sea-levels is a threat to people’s lives. The construction of new embankments will make this area safer.

Just to reach the construction site in Sundarbans is a challenge. The nearest city, Kolkata, is 100 kilometers away, and the only way to travel to the delta area of Sundarbans is by boat. Both humans and machines are transported via the water ways to the islands in the delta.

Sameer Manna lives in a small village on one of the islands. Each morning he steps in to his Volvo excavator and continues the construction of the embankments that will prevent the village from being flooded, making it safe for the people living here.

“I have liked being an operator here from the start. To build the embankments feels very good. There is no way the village can be flooded after we are finished,” says Sameer Manna, who has worked as an excavator operator for five years. 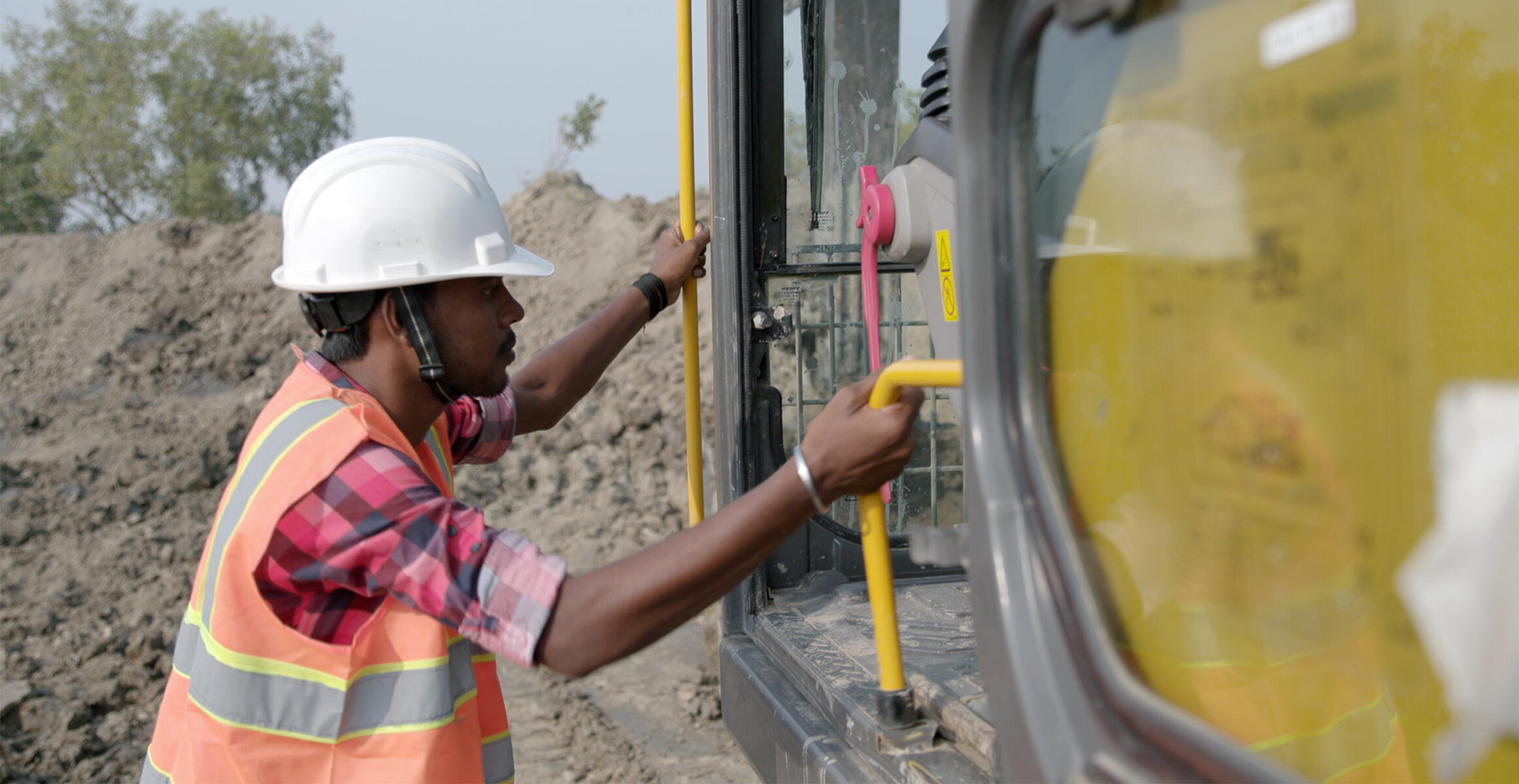 20 Volvo excavators are currently working on the embankments. The new walls are made of concrete blocks and will be 5 meters tall and up to 40 meters wide at the base. They will also serve as roads, a welcome addition to this isolated area.

The construction site is not large, but the project is unique in many ways as Sundarbans is an exceptional part of the world. The delta is the world’s largest and wildlife is something extra, the area being home to the Bengali tiger. For the 4.5 million inhabitants, living conditions have always been difficult – even more so after cyclone Aila hit in 2009. 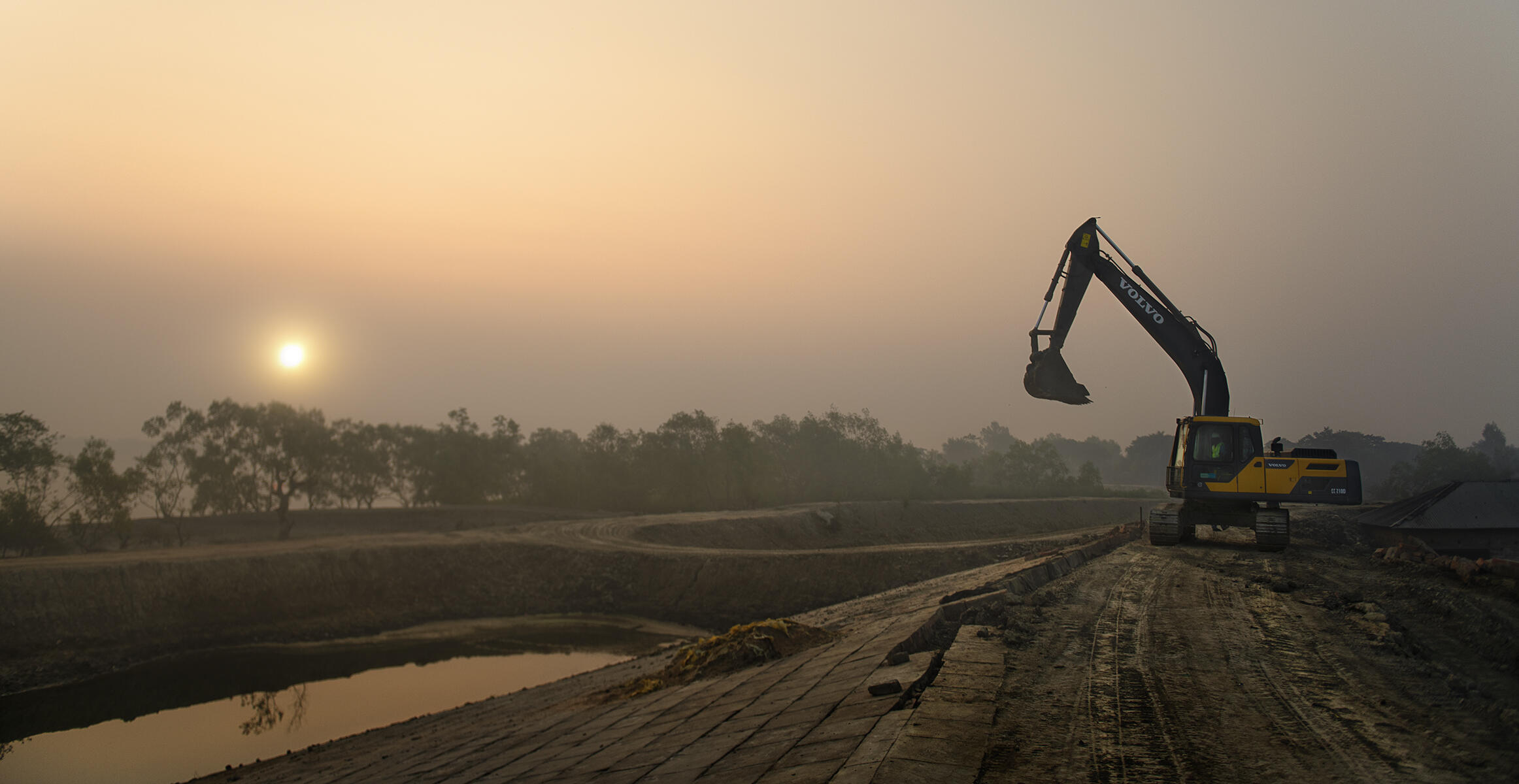 The cyclone swept away a majority of the old embankments that had prevented flooding and both cattle and people died in the catastrophe. Since then, rising sea-levels and reoccurring cyclones have continued to make living in this area very challenging. The villagers have been trying to rebuild some of the mud walls by hand, but all their hard work is swept away by the strong tide that is part of everyday life in the area. After Aila hit, the Sundarbans Embankment Reconstruction Project was initiated by the Indian Government. Now, the machine-built walls are starting to make a difference to the people living in Sundarbans.

Reba Rani Mondal is one of the villagers in Sundarbans that is grateful for the new walls. She works at home taking care of the children and cattle. She is also responsible for providing the family with fresh fish every day. With the new embankments she foresees a better future for herself and her family.

“We all feel safer now,” she says. 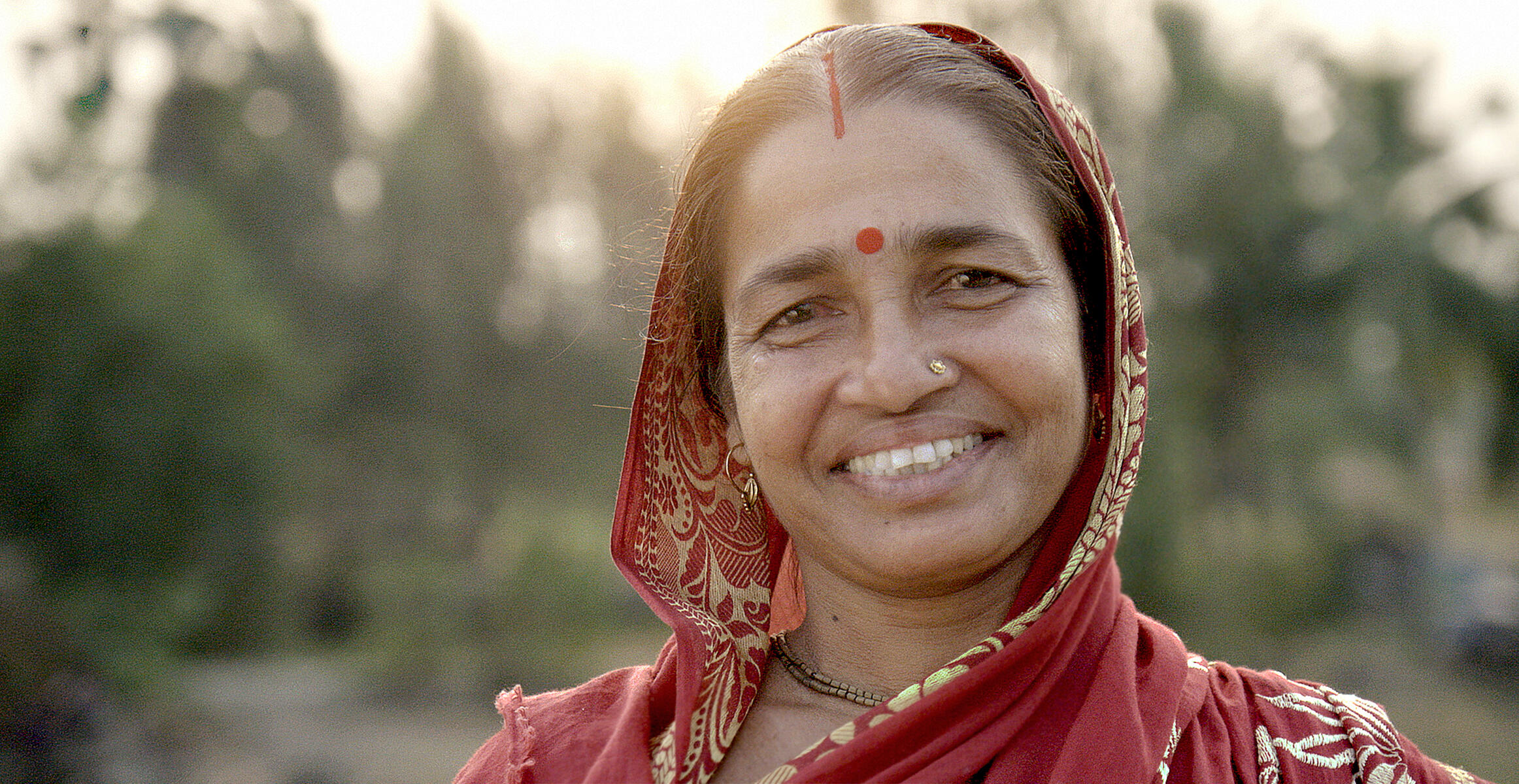 Having the villagers’ appreciation is one of Sameer Manna’s joys in work. He also appreciates the operator role in itself – and his Volvo machine.
“I never feel that I work long hours. The cab is comfortable, even air-conditioned, and I just enjoy operating it,” he says.

Before being an operator, Sameer Manna never really felt fully comfortable at work. When he came across construction work he started out as a helper for one year. Given the opportunity to become an operator himself, he jumped aboard and never looked back. “I think I will do this forever,” he concludes with a smile. 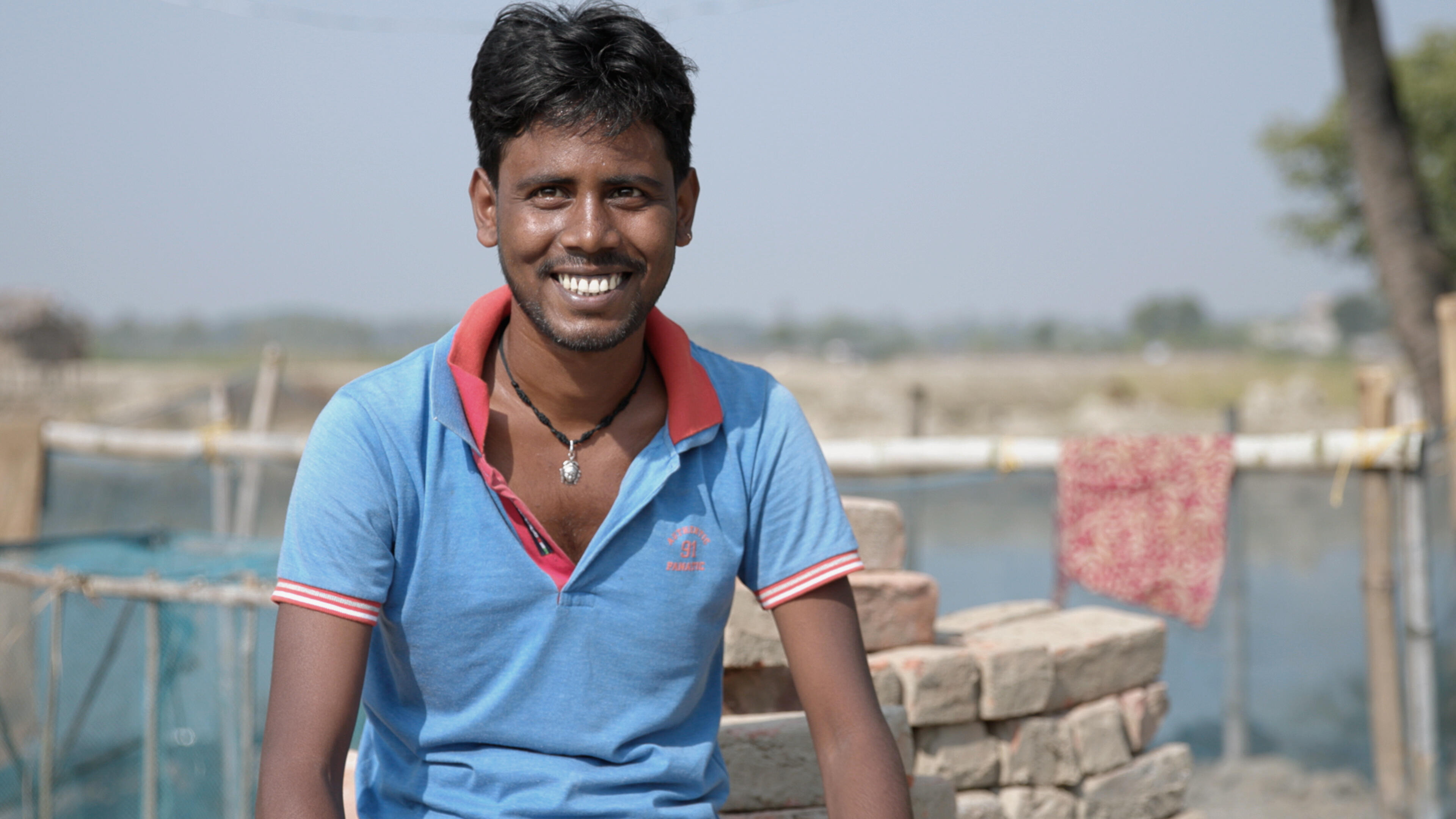