Volvo Construction Equipment’s (Volvo CE) 100% electric compact excavator prototype – known as the EX2 – has won the prestigious Equipment & Machinery Award in the Earthmoving & Demolition category of the Intermat Innovation Awards. The concept machine, which delivers zero emissions, 10 times higher efficiency, 10 times lower noise levels and reduced total cost of ownership compared to its conventional counterparts, was recognized for its contribution towards progress in the construction industry. It is believed to be the world’s first fully-electric compact excavator prototype. At this stage, the EX2 is still part of a research project and it is not commercially available.

“I am extremely proud that the EX2 has been awarded this globally-recognized innovation award,” says Ahcène Nedjimi, Electromobility Specialist and EX2 Project Leader at Volvo CE. “The EX2 is a revolutionary machine. The electrification of construction equipment will produce cleaner, quieter and more efficient machines – this represents the future of our industry. I’m pleased that the judges have recognized its significance.”

The technology behind the concept 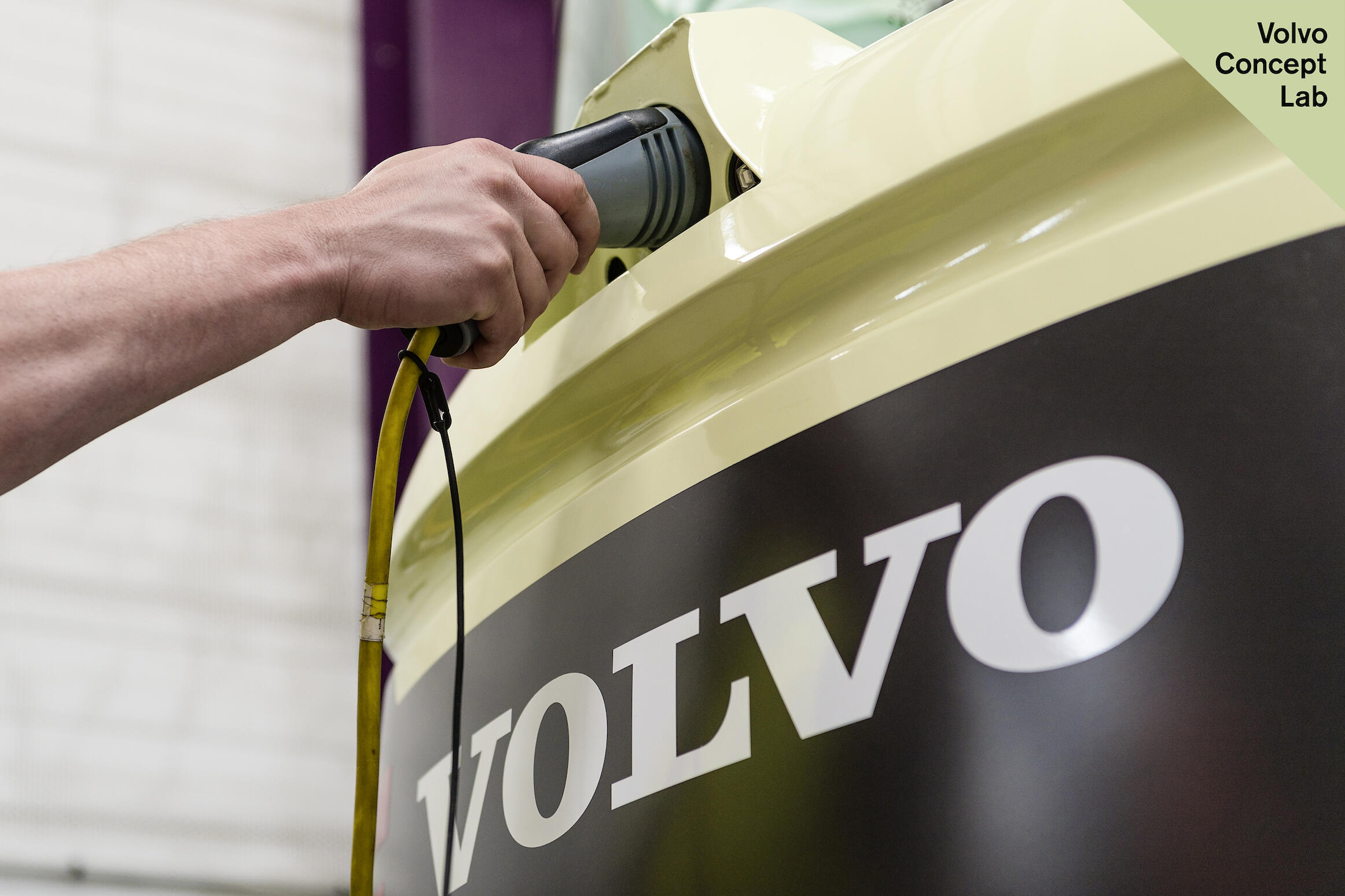 To make the EX2 prototype fully electric, the combustion engine has been replaced with two lithium ion batteries, totaling 38KWh, which store enough electric energy to operate the machine for eight hours in an intense application, such as digging compact ground. The hydraulic architecture has also been replaced with electric architecture, which incorporates electromechanical linear actuators that help to optimize the transmission chain. Removing the hydraulic system and the combustion engine, as well as reducing the cooling needs, has led to significantly lower noise levels.

“With its zero emissions and ten times lower noise levels, the EX2 could easily be used in densely populated areas without disturbing people – even at night,” says Ahcène. “Ten times higher machine efficiency, together with maintenance-free systems, means that operating costs and total cost of ownership would be significantly reduced. And because the EX2 is fully electrified and there are no mechanical joysticks, it can be controlled remotely from a mobile phone or tablet. This increases safety in hazardous working environments. Additionally, the EX2 delivers the same power and force as its conventional counterpart, as well as faster speeds in combined movements. As this type of movement is the most common kind for this machine, productivity is improved. All of this has been achieved without compromising on machine performance, ensuring customer needs would be fulfilled.”

The Intermat 2018 Innovation Awards honor equipment, techniques, services, products and solutions that contribute towards progress in the construction and infrastructure industry. The jury, under the chairmanship of the president of the French National Federation of Public Works (FNTP), announced its decision at an award ceremony on January 18th in Paris. The judging panel consisted of 13 industry specialists who selected the top nine submissions to receive awards out of a field of 90 entries from leading manufacturers.

“The EX2 forms part of Volvo CE’s long-term ambition of achieving sustainable transport solutions,” says Patrik Lundblad, Senior Vice President of Volvo CE’s Technology function. “This award is a tribute to the hard work and vision of Volvo CE’s employees, who continue to push the boundaries of technology and innovation and ensure the company is at the forefront of technological development. We are now looking forward to presenting the EX2 prototype at Intermat in April.” 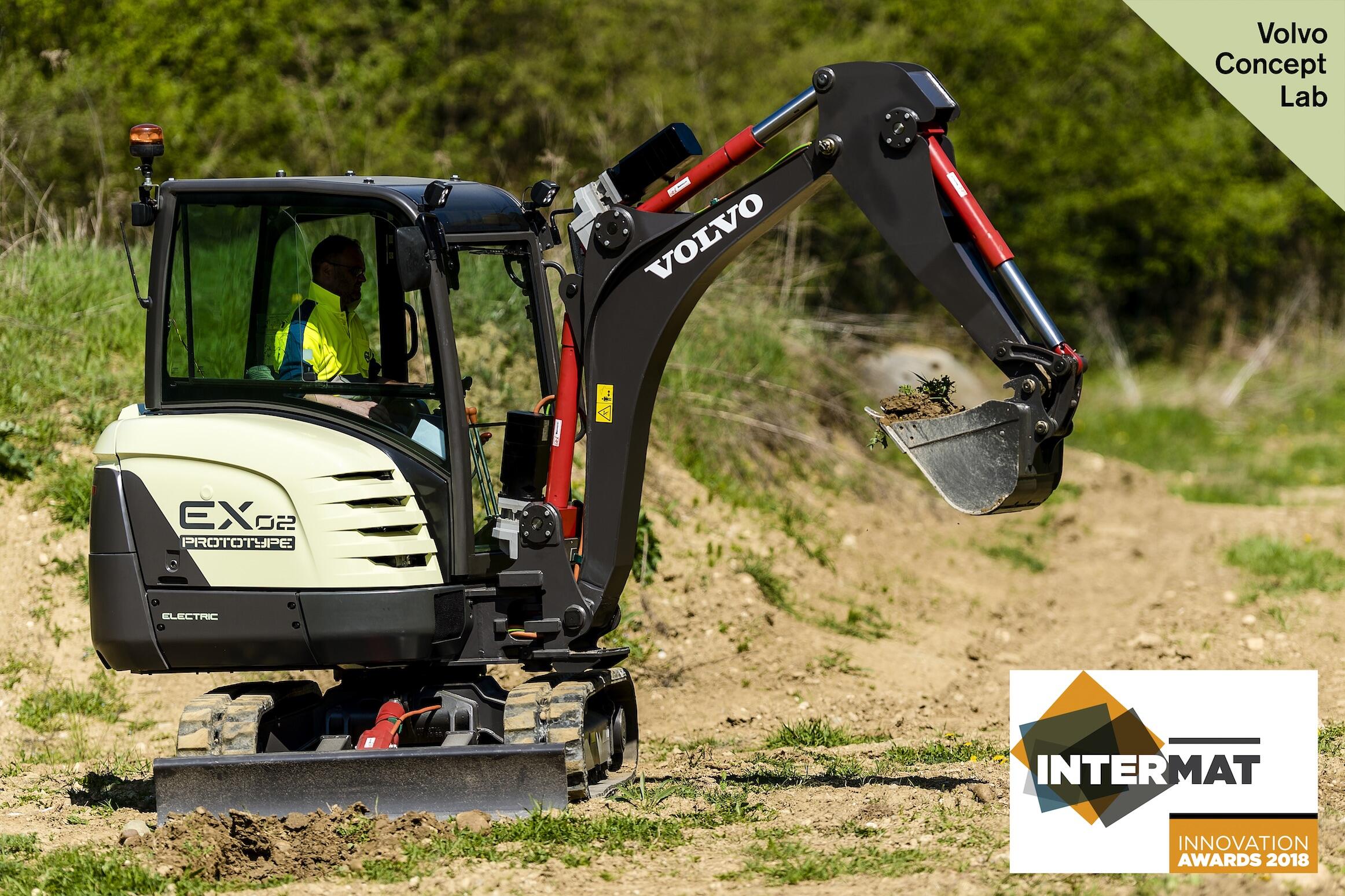